It's Time For Progressives To Raise Their Game

Victory is sweet, but celebration brief - for our struggle has only just begun. The progressive populist insurgency in the Democratic Party has tasted frequent victories this primary season: Tuesday featured more stunning upsets, highlighted by Andrew Gillum’s late surge in the Florida and David García’s strong victory in the Arizona primaries for governor. 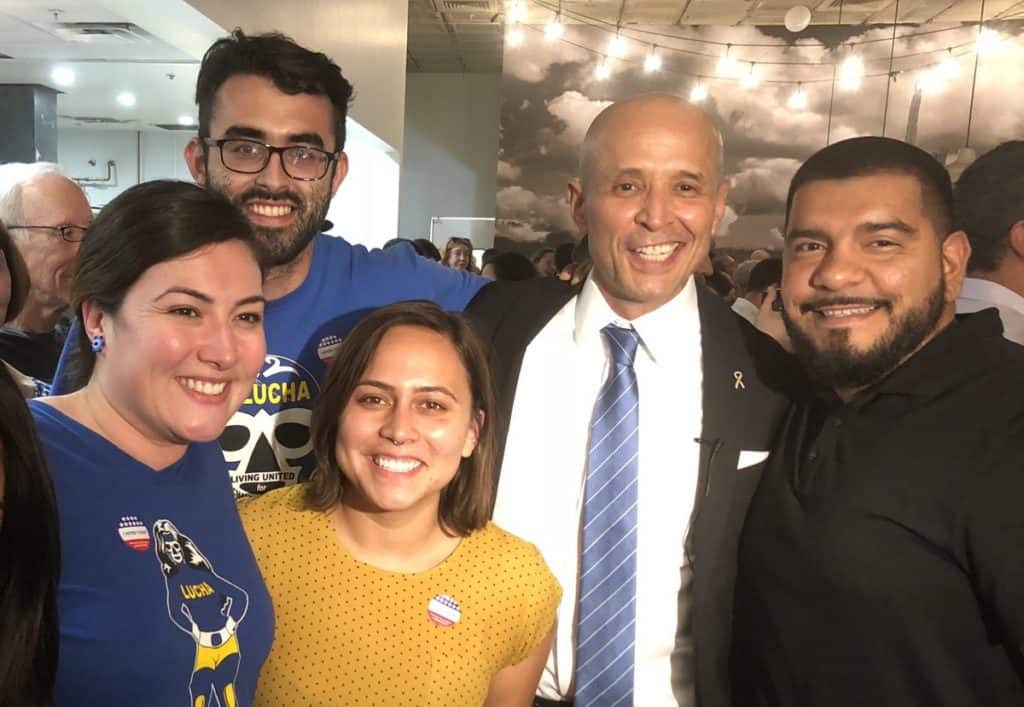 These headline wins were accompanied by victories down the ballots, most significantly in Oklahoma where voters in that thoroughly red state continue to throw out the Republicans who voted against providing more money to schools and teachers.

The mainstream media tends to describe these victories in terms of identity. Female candidates continue to fare well. Gillum would be the first African-American governor in Florida history, and is one of three African Americans Democratic voters have nominated for the statehouse this year. García would be the first Latino governor in Arizona in more than four decades.

Visibly, a new generation of blacks, Latinx and women is beginning to transform the Democratic Party.

The Rest of the Story

Identity, however, is but part of the story. Gillum ran and won against the favored establishment legacy candidate: Gwen Graham, the daughter of a former Senator, and the multi-millionaire former mayor of Miami Beach. Gillum was, as he told his audiences, the only candidate who wasn’t a millionaire in the race. He ran on a bold reform agenda: a $15 minimum wage, Medicare For All, taxes for the rich to put money into the schools, sensible gun control, criminal justice reform, even voicing support for impeaching Trump. 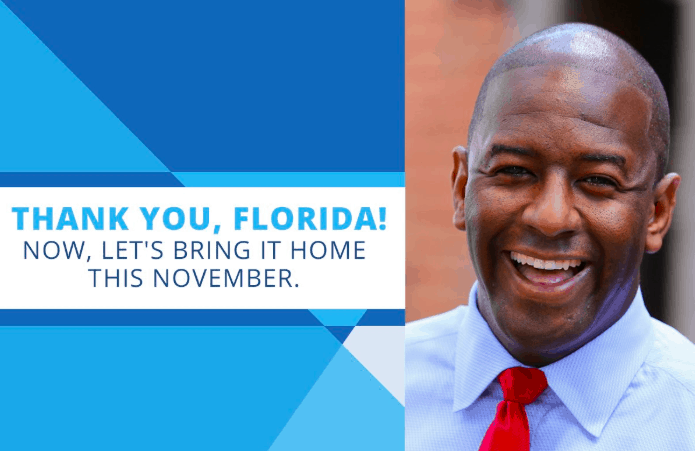 His candidacy was fueled by volunteers and support from the constellation of growing progressive electoral groups: Color of Change, Working Families Party, Our Revolution, DFA, PCCC, Indivisible, NextGen America, the National Nurses Union. Liberal billionaires George Soros and Tom Steyer joined with legions of small donors to make his run viable. His campaign got a boost when Bernie Sanders endorsed and stumped with him. Against establishment candidates seeking to hug the middle, he ran openly as the candidate of change.

García, if anything, is even more entrenched in the progressive community, a proven grassroots leader. His candidacy was backed by the People's Action affiliate LUCHA (Living United for Change in Arizona), the National Education Association, VoteVets, LatinoAction and a raft of other progressive groups. A professor in the education school at Arizona State University and former assistant state superintendent of schools, García’s candidacy was supercharged by the energy coming out of Arizona's statewide teachers’ strike , and he’s made taxing the rich to provide more money for education a centerpiece of his appeal.

As Trump’s candidates continue to advance in Republican primaries, these races set up a stark choice for voters. In Florida, the Republican nominee - Rep. Ron DeSantis - is a proud Trump disciple, lining up to vote for repeal of Obamacare. He featured a campaign ad showing him teaching his infant son how build a wall. (You can’t make this stuff up). David Ducey, the Republican incumbent governor, a longtime favorite of the right-wing Koch network, was forced to compromise with the teachers’ uprising, but postures tough on immigration, boasting about his support for a Border Strike Force.

As we accelerate towards November, Republicans will throw not just the kitchen sink, but the garbage bin at these progressive candidates. With reapportionment looming in 2021, Republicans are desperate to keep the grip on statehouses that has enabled them to lock in a partisan advantage through gerrymandering. Deep-pocket Republican donors and corporations – rewarding the party for their tax cuts – will ante up big bucks for the negative screeds of independent PACS.

No sooner was Gillum’s victory announced then Trump unleased a tweet assault on what he termed the “socialist candidate.” DeSantis opened his campaign with a classic racial dogwhistle, warning that this wasn’t the time to “monkey around” by raising taxes and bankrupting the state. These are just appetizers - things will get uglier.

These races –and those of progressive insurgents across the country who now carry the Democratic banner – pose fundamental challenges to both the left and the establishment.

Progressive movements now have to raise their game on the ground and in the air. Having demonstrated the power of grassroots organizing and passion in the primaries, they now have a bigger challenge in spreading the word and getting out the vote. Yes, fresh, attractive candidates carrying an agenda of bold reform can upset the old order. But voters have to be introduced to them and their ideas – and they have to be defended from the wall-to-wall scurrilous attack ads, like the one mounted against García as he came closer to victory in the primary.

Time is short. Potential voters are preoccupied with daily struggles. The passion that fueled the primary upsets must get even more intense, with grassroots groups and volunteers charting strategic efforts to engage community, campus and church groups. They must get even more creative with social media, and ramp up targeted door-to-door campaigning.

Generating small-dollar donations will get even more difficult, with the expanded number of worthy claimants.

The insurgent candidates also pose a big question to the Democratic establishment. The left is constantly hectored about not splitting the party or scoured for not unifying behind the party’s nominee when their champion loses. In fact, it is the established party apparatus that has a harder time swallowing a loss and coming together behind an insurgent.

By definition, the traditional arrangements – of party nabobs, donors, contractors, the web of organizational supporters – are all disrupted. When a Kara Eastman beats the party favorite in the congressional primary in Nebraska -2, the DCCC immediately signals that it is downgrading the race, making financial support and energy less likely. In the face of the threat posed by the radical right Republican Party yoked to Trump’s politics of fear and division, it’s time for the establishment to get over it, raise its game, and come in big behind the insurgents who will increasingly define the future.

A blue wave in November is far from certain. Two months are a moment in time, but an eternity in politics. Trump will rouse his own base – and surely continue to rouse his opposition. Republicans will set new records for spending – and, given Trump’s example, new lows for scurrilous attacks.

We are a long way from building the majority needed to transform this country. New champions are in the field, however, and the right will work overtime to crush them. Victory is sweet and fleeting. It’s time to get back to work.