Children Say NO! to Family Separations by ICE

Every child understands the pain losing one’s loved ones – even for a moment – can cause. So children have plenty to say about the U.S. government’s separation of thousands of migrant families, with no promise to parents or children they’ll ever see each other again.

“My message to these children, in these detention centers, is to stay strong,” said Leah, a twelve-year-old from Florida, outside the Ursula Border Patrol Processing Center in McAllen, Texas on Sunday. “Because I am out here, fighting for them to have the right to be with their families, to be happy.” 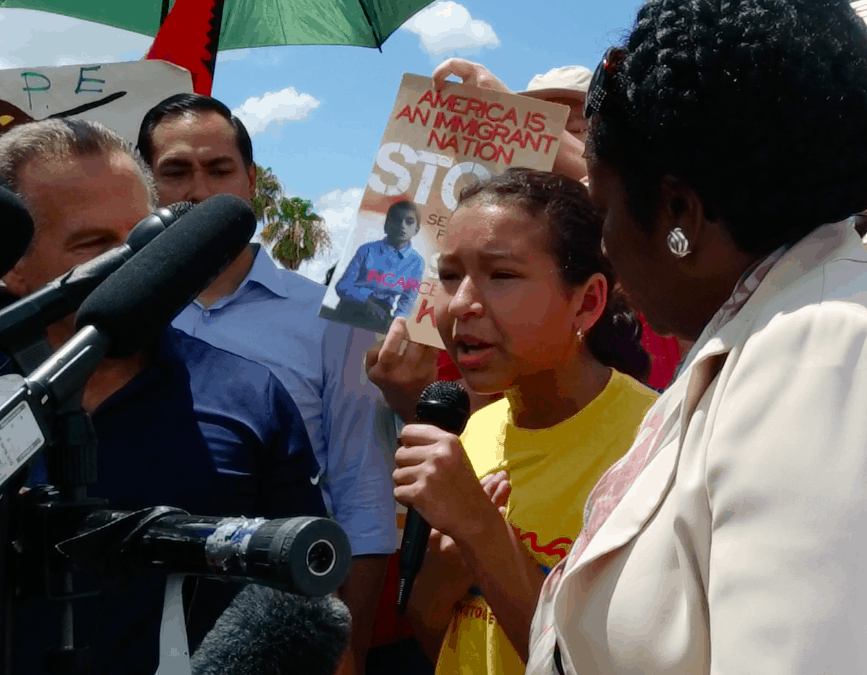 Leah traveled to McAllen with other children to demand an immediate end to these detentions, and to meet with Congressional Democrats who traveled from across the country to observe conditions at the facility.

Merkley was turned away from Ursula when he first tried to visit the facility, where children are separated from their parents and kept in group cages, on June 4, after the government’s “zero tolerance” policy on immigration was first announced.

Leah is a U.S. citizen, but her parents and sister are not – which led her to speak out in Florida, then become a youth leader with We Belong Together, a campaign of the National Domestic Workers Alliance (NDWA). The NDWA organized Sunday’s vigil and meeting with the Congressional delegation, along with People’s Action and other groups, including Fuerza del Valle, NETA and United We Dream.

“I live in the fear of my parents being deported, and I don’t want that. I want to stay here in my community, with my family,” Leah said, standing together with Sen. Jeff Merkley, Democrat from Oregon, and Texas Reps. Sheila Jackson Lee and Filemon Vela.

I was also in McAllen, one of the fifteen People’s Action members who came to McAllen from New York, California, Illinois, Wisconsin and Colorado. Two fathers in our group brought their own children - Addie, age seven, and Leo, age five, who took part in the Father’s Day protest. 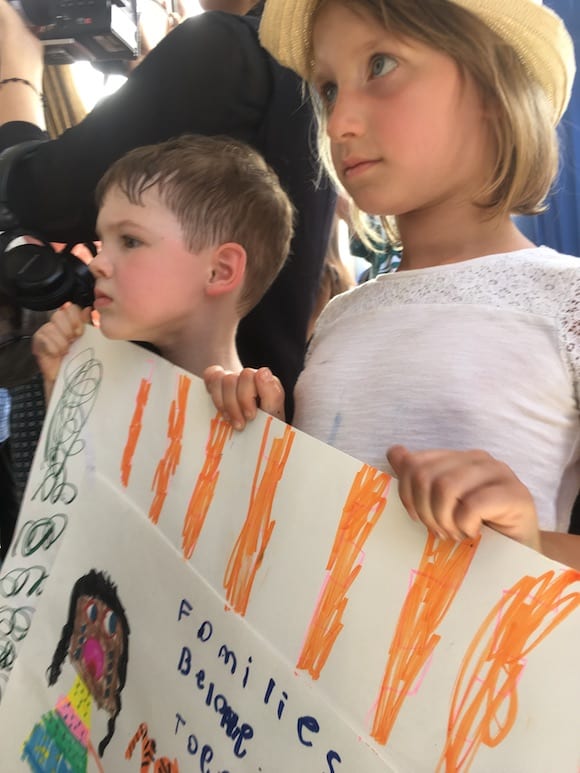 Other parents, including me, brought cards, letters and gifts from our children at home. When I told my ten-year-old daughter, on Friday night, I would be halfway across the country on Father’s Day to try and help other families, she went and chose some of her favorite soft toys to offer as gifts to the detained children. 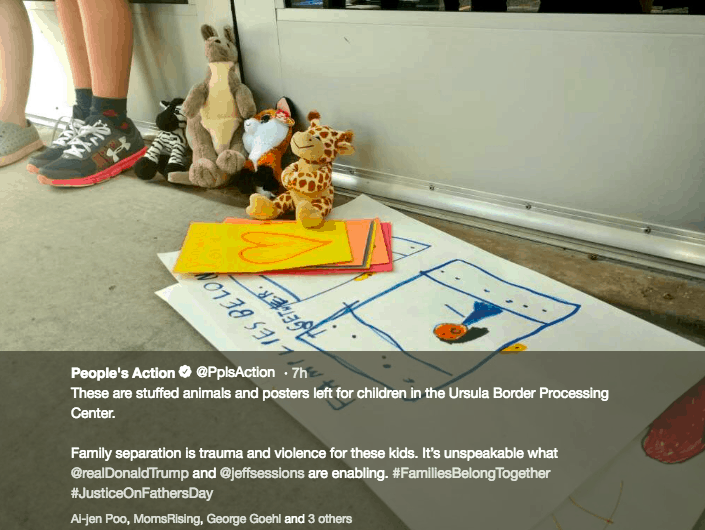 Leah, Addie and Leo were joined by Julian Castro, the former Mayor of San Antonio and HUD Secretary under President Obama, to present these gifts to the children at Ursula. But like Sen. Merkley before them, they were turned away.

You take their beloved, but you say you protect.

You keep their little ones in prisons, but you say you protect.

You take their bonds, you rip them to shreds, you steal from them, but you say you protect.

You call yourself a protector, but all you do is take.

You say you make us safer, but sadness is what you make.

You are no protector, at least not for me,

You cannot be a protector, unless you set them free

You will never keep safe,

You will only break.

You feed only on terror,

But it's that which is your error.

The only thing that you protect,

is what is wrong, what's incorrect.

You are no protector of mine

No protector of mine

Miles is fourteen, and just finished middle school. He’s been around activism his whole life, but first got active himself through organizing a March for Our Lives walkout at his middle school earlier this year.

The issue of family separation really impacted him, as it touched the same nerve felt by us all - that all people, and especially kids, should be safe and feel safe. He wrote the poem to express how he’s feeling, bring more attention to the issue and put a stop to the policy.

“Excuse this proud mom, but I didn’t see this coming from my guy who’s usually playing video games and not paying attention - or so I thought,” Liz told me in McAllen.

Lydia, Liz’s ten-year-old daughter, made many of the cards that we delivered in McAllen. 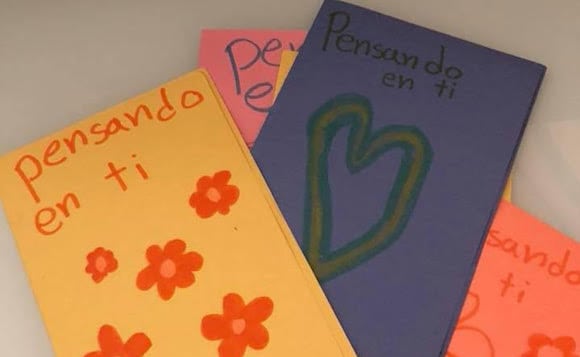 “If I were separated from my mom and dad, I would want to know that someone was thinking about me and hoping good things for me,” Lydia said. “I hope it made some of the children’s day a little better when they’re so sad.”