Voting For Justice In Las Vegas

My name is Tiara Moore. I live in Las Vegas, where I’m a medical administrator, mother of five, and a voter. I’m also a felon. But that’s not going to stop me from using my vote to help others get what I never got – a second chance. 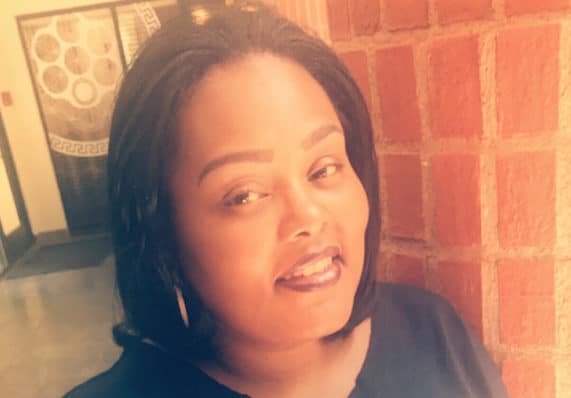 When I was twenty, I lived in Madison County, Illinois. One day, the father of my children tried to hurt me, so I defended myself. The police were called, but when they came, they arrested me, even though I acted in self-defense.

To tell the truth, I had no idea what was going on, or what was at stake – I was just a kid, and no one in my family knew anything about trouble with the law.

They threw me in a cell, and the only thing I could think about for twenty days was my babies. So when they came and told me I could go home if I accepted a plea deal, I leapt at the chance.

I had no money for a lawyer. If I had, he would have told me not to take the deal. If I didn’t take that plea, they would have had to drop the charges – because the children’s father had already acknowledged my account. He refused to make a statement against me, and with no statement, there’s no charge.

The Madison County DA didn’t tell me any of this. Because like too many in the criminal justice system, that crooked DA wanted a win - at any cost. In me, he didn’t see a young woman with her whole life ahead of her, who wanted to provide for her family. He didn’t see a person. He saw another notch in his belt.

So I walked out of the Madison County Jail with a stigma that would haunt me for the rest of my life. Even though no crime had been committed, I was now a felon, because I took that deal.

For the next fourteen years, I struggled – and tried to never talk about what had happened. I felt ashamed – for not having known better, and for not being able to better provide for my family. For a while, we were homeless, and had to live out of our car. I was even scared to go back to school, afraid they would ask about convictions, as they do on job applications.

Two years ago I finally did go back to school, and got my medical administrator’s degree. But because of my conviction, I had to go to the state board and make a special request to get a license. There are still plenty of employers who’ll see that box for “prior convictions” checked on your application, and throw it in the trash.

I’ve stayed out of trouble, but last month trouble found me, after an acquaintance vandalized my car. When I confronted him, he called the police and claimed I had assaulted him. An officer came, ran me through the system, and my prior conviction popped up. Next thing I knew, they arrested me and threw me in jail, even though I had committed no crime.

This time, I knew better – I wasn’t going to accept a plea, no matter what. They couldn’t get the man to show up in court, so the charges will be dropped. But there’s now another mark on my record that every employer will see – a new arrest, even without a conviction. And that can be enough to keep me out of a new job.

I have never spoken up before. But this time, when I got out – with the help of Leslie Turner at PLAN Action and others from the Mass Liberation Campaign – I wanted to tell my story. Even more, I wanted to make sure no young person ends up, as I did, with their future on hold because some DA pulls a dirty trick to get another notch in his belt.

That’s when I found out about Robert Langford, who’s running for DA here in Clark County. Langford is different because he actually cares about justice, and wants to reform the system so more young people have the second chance I never got.

Langford knows a District Attorney has the awesome power to push that red button which determines if someone can continue their life. He also knows a good DA can play a positive role in a community. He can unlock funds for diversionary programs, schools, and other second chances. He’s not just sitting there trying to convict people. At least he shouldn’t - and we can make sure, with our votes, that he doesn’t.

So now I’m calling voters and knocking on doors, mainly to educate young people about what a district attorney does, how they can make the right choices and use their vote to make a difference in our community.

Prior to this I voted, but only in presidential elections. I was mad, I was angry – I felt all DAs were corrupt, and didn’t even think about the power we have to elect. I just didn’t want to deal with it, period, because it’s hurtful. It’s not something I wanted to be reminded of all the time.

That’s because they tried to take away my life - and for fourteen years, they did. Because I was Black, a woman, and in the wrong place at the wrong time. But now I’m stepping up, speaking out, and will vote for Robert Langford to be the next Clark County DA.