How to Build a Progressive Populist Movement From the Ground Up

Can a progressive populist movement be built in the rural areas and small towns that Donald Trump dominated in 2016? On Tuesday, People’s Action – one of the largest multiracial, people’s organizations in the country with 48 member organizations in 30 states – launched a major initiative to do just that. 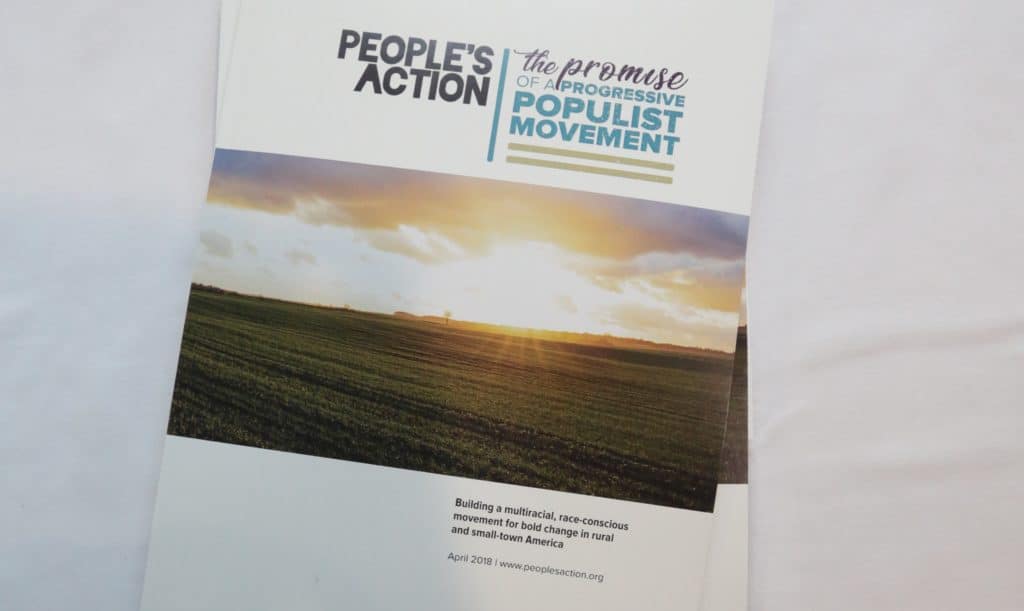 Instead of writing off red counties in rural and small town America, the project aims to challenge Trump’s fake right-wing populism with a progressive populist movement built from the bottom up.

Their Rural and Small Town Organizing Strategy will target 72 counties in 10 states across the heartland and the south. The counties include 28 “pivot” counties that voted for Obama in 2008 and 2012 and then went to Trump in 2016. They are in key swing states like Wisconsin, Iowa, and North Carolina.

People’s Action and its member organizations will build organizing efforts in all 72 counties by the end of 2018 – and sustain growing community organizations through 2020 and beyond. Unlike traditional grassroots organizing efforts, this initiative will be identifying new leaders, and supporting insurgent candidates from the start.

Rural and Urban Together

George Goehl, director of People’s Action, grew up in a rural, working-class family in Indiana. At Tuesday’s launch at the National Press Club in Washington, he noted that contrary to stereotypes about rural America, these counties, while predominantly white, include African-American communities, Native American reservations and areas with significant immigrant populations. 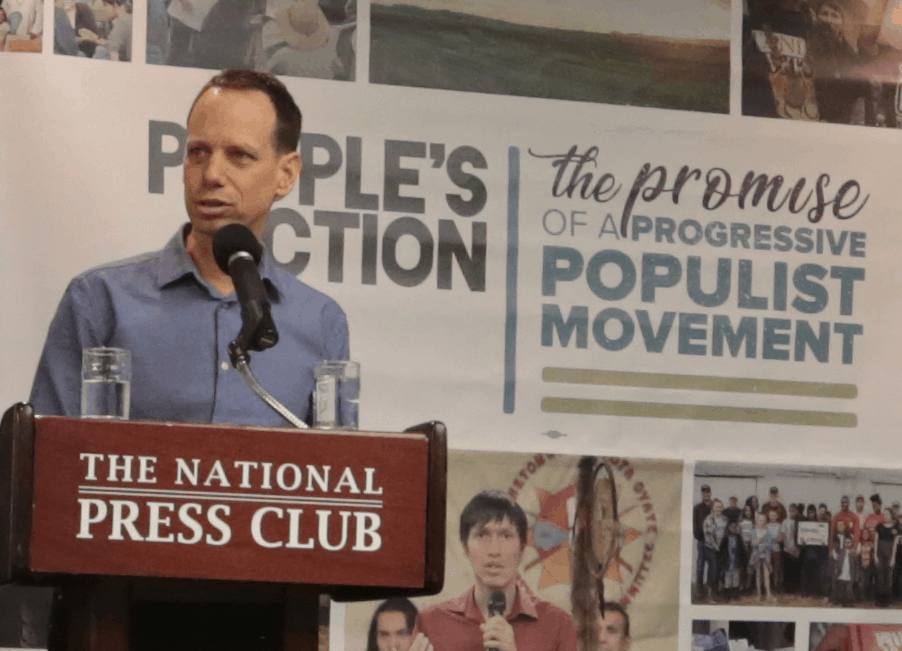 The right has used race as a weapon to divide poor and working class communities. Now, through this project, George argues, PA will seek to build a multi-racial populist movement in rural and small town America that can join with poor and working people from urban America to transform the country.

The challenge of “unifying a multiracial poor and working class coalition is real,” Goehl told rural grassroots leaders from across the country who gathered for the launch. “But know this: We have found the villain in this story, and it is not each other. “

Is this possible? Kischa Peña, an African American mother of two from Mebane, North Carolina, thinks so. “After the 2016 election and Charlottesville, I had all but given up on White America,” she said. “Then in September 2017, I met Down Home. I was skeptical of building a multiracial poor and working class power structure, in Alamance County of all places. But here I am, 8 months later, more hopeful than ever that we can win this fight. 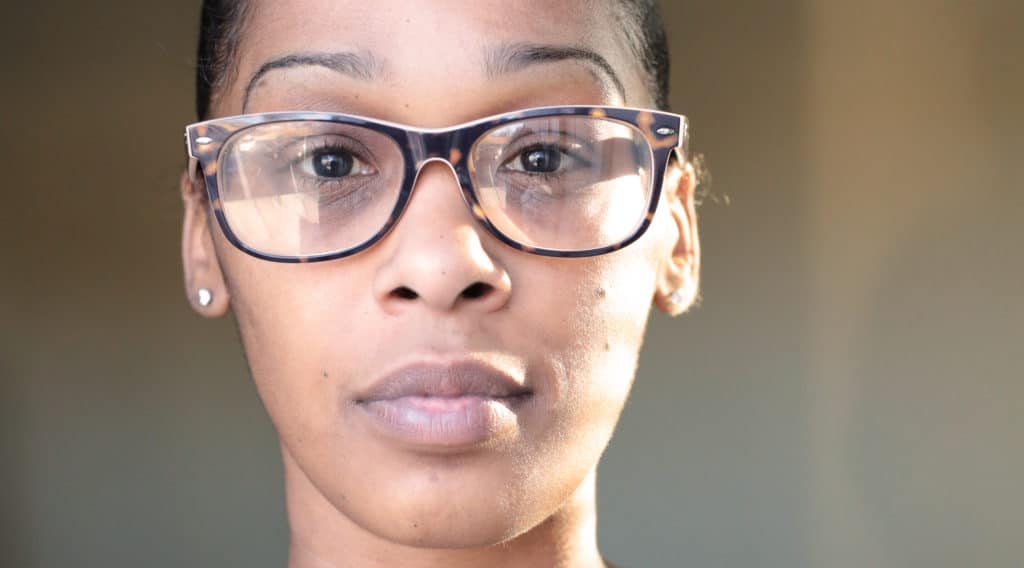 “We can win this fight by being open to having difficult an transparent conversation, by actively listening to each other’s stories,” Peña told those gathered at the NPC. “Realizing that we have more in common than we do that separates us, and seeing those shared issues as opportunities to build the power that we all know our families deserve.”

We live in a populist moment. More and more Americans understand that the economy has been rigged against them, and that our politics has been corrupted by big money. Rural and small town America has taken some of the hardest hits: Jobs lost, plants closed, water fouled, family farms crushed, the relentless spread of the afflictions of despair – divorce, suicide, depression, addiction.

Trump and Republicans consolidated their hold on these regions largely by plying a race-bait politics, blaming “those people” – blacks, Latinx, immigrants, limousine liberals – for what has been lost.

At The Front Door

Can People’s Action and its members succeed in building a progressive populism in these regions? The initiative’s promise is that its movement politics offers a stark contrast to politics as usual.

First, they engage these citizens, rather than not at all. Establishment Democrats tend to write off rural areas as hopeless, giving new meaning to the phrase redlining. Brigid Flaherty, who also spoke on Tuesday, helped start Down Home North Carolina by organizing volunteers to knock on over 4,000 doors in rural communities. 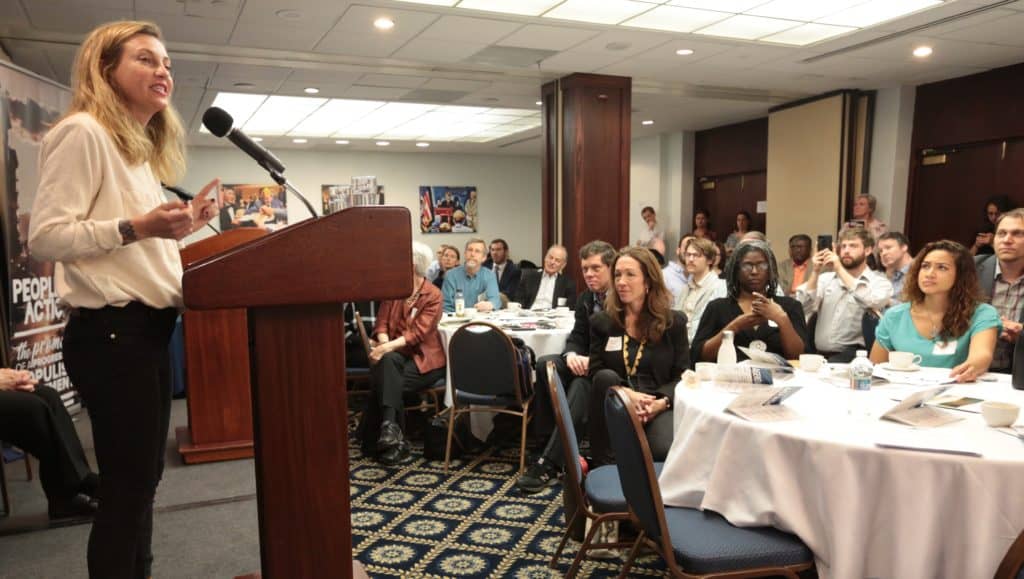 They entitled their report on what they learned “No One’s Ever Asked Me Before,” because that is what they heard time and time again at front doors. There’s plenty that no one has ever asked rural and small-town residents in their state, they found. 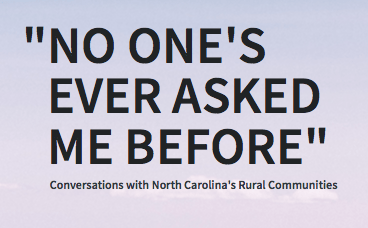 The Difference of Movement Politics

Electoral campaigns gear up for a few months, and then pack up when the election is over. PA’s movement politics builds enduring grassroots organizations that enlist citizens to join their neighbors in fighting on common concerns, growing power over time.

Electoral campaigns are also professionalized, expensive and tribal. PA’s movement politics builds organization with local volunteers and community members. They rally people not around a party, but around a bold agenda that addresses the needs of the community.

Electoral campaigns use polling and focus groups to test messages, tailoring them, if resources allow, to fit the voter. Movement politics build a narrative grounded in the culture, language and morays of the community members that they engage.

Politicians often are warned to avoid pushing bold reforms that might open them to criticism. People’s Action will build off of strategic issue campaigns that together shape a bold progressive populist agenda.

Traditional candidates depend on corporate and deep pocket donors. That makes them reluctant to call out the entrenched interests and big money that have rigged the rules. People’s Action movement candidates – supported by local volunteers and small donations -- will be able to name names and say what is what. The difference will be telling.

Traditional electoral campaigns can ride electoral waves or charismatic candidates to win elections. They can consolidate their advantage in blue states and blue cities. A charismatic leader like Barack Obama can forge majorities in two presidential elections, yet preside over the loss of both houses of Congress and some 1000 state legislative seats.

The launch featured powerful voices from leaders of the effort in different states. Cathy Glasson, a nurse and a union organizer running for Governor in Iowa, has put together powerful grassroots organizing with a bold populist agenda. “We can’t move forward,” she argues, using half-measures and tinkering around the edges on issues. We’re gonna lose in 2018 if we don’t give people a reason to stand in line to vote again – that reason is single-payer, $15 and union rights.” 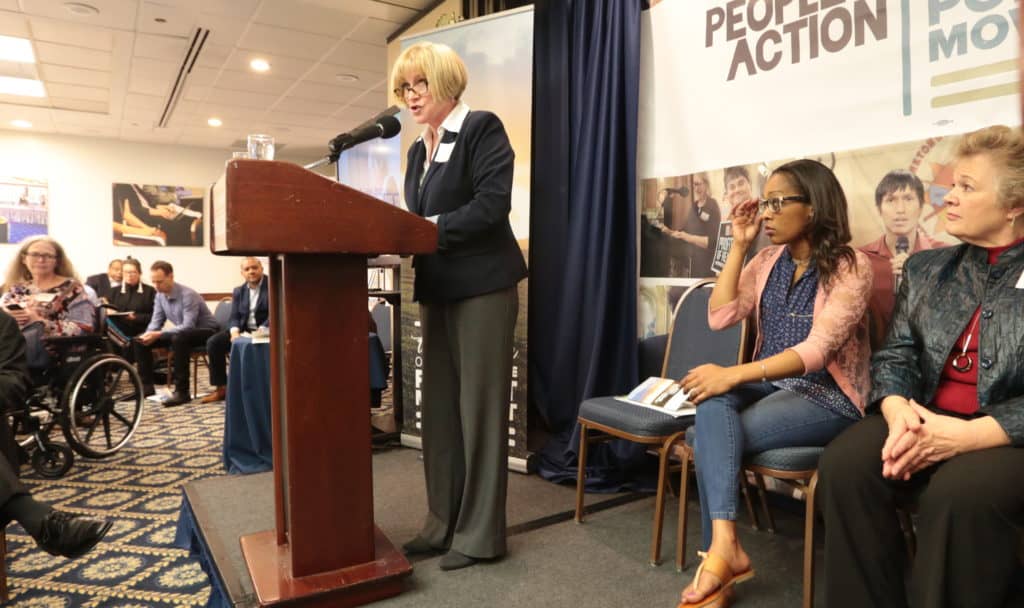 Jess King is running in a deep red congressional district in rural Central Pennsylvania, populated by people who have been largely ignored by politicians in both parties. She argues that “we’re at a moment of choosing” between an inclusive racially diverse populist coalition on the left and the right-wing populism that is emerging. 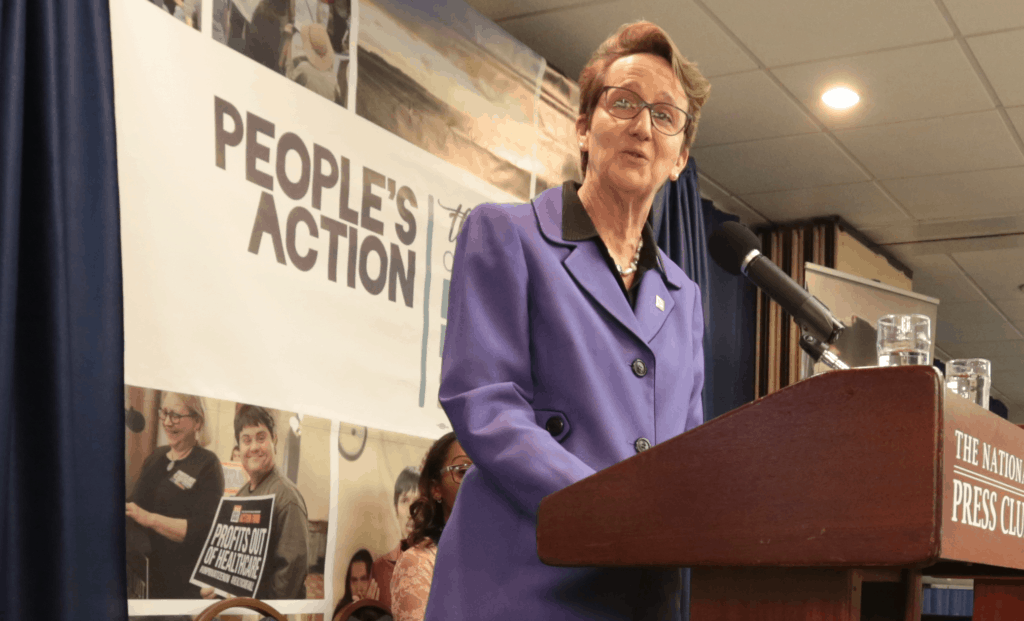 Maine’s People’s Alliance has shown the potential of organizing in a largely rural state. They have taken bold populist reforms directly to the ballot box and passed them – raising the minimum wage, taxing the wealthy to fund public education, and becoming the first state to expand Medicaid by initiative, overcoming the opposition of the Trump-like Tea Party Governor. This November, Mainers will vote on providing universal homecare for seniors and people with disabilities, funded by closing a tax loophole for the wealthy.

The only way to build the enduring progressive majority needed to make the fundamental reforms vital to making this country work for working people is to build – from the bottom up, across lines of race and region - a broad movement of poor and working people mobilized around an agenda for change. Traditional politics doesn’t even attempt to do this. People’s Action new organizing project provides a serious strategic test on how to get this done.

Because they intend to stay and build, People’s Action member groups have begun their project by listening. In addition to the work in North Carolina, volunteers from member organizations across the country have already knocked on more than 5,000 doors and documented 2,462 individual conversations through phone banks, door-knocking and in person surveys at events and churches, and they're just getting started.

What they found thus far shouldn’t surprise given the economic distress afflicting these communities. Residents were understandably suspicious of a government that doesn’t serve them and a politics that doesn’t speak to them.

But they are not in the thrall of conservative ideology. They express more support for basic bread and butter reforms – health care for all, raising the minimum wage, improving public education, better access to mental health and addiction treatment, clean water – than for conservative proposals like cutting government regulation or deporting more immigrants.

The initiative is building organization now, engaging rural communities in issue campaigns and races up and down the ballot in 2018. The plan is to keep growing into 2020, consolidating a real force in early primary states like Iowa, New Hampshire and South Carolina, and in swing states like North Carolina, Pennsylvania, Michigan and Wisconsin.

The opportunity is here, but there’s no guarantee of success. Resources will be scarce; much will depend on citizen energy and leadership emerging in different communities. At a time when too many Democrats are focused on litigating the last election, or are counting on the reaction to Trump to sweep them to victory, People’s Action and its member groups are offering a bolder vision and a clear strategy, a critical contribution towards building an enduring majority for fundamental change.