The Fight for Health Care: In It to Win It

Eight years: that’s how long an American president can serve, and it’s the age at which children start to solve problems on their own. It’s also how long we’ve had President Obama’s signature reform of health care, the Affordable Care Act (ACA). 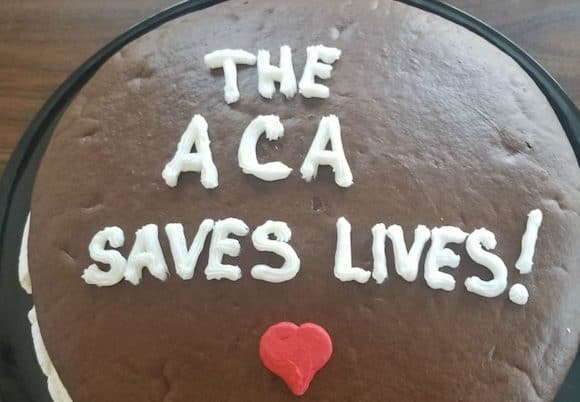 Obama achieved goals that eluded every one of his predecessors: the ACA cut the nation’s uninsured population by half, extending coverage to 24 million. It funded this expansion by increasing economic equity, through taxes on the nation’s wealthiest one percent.

All across the country last year, thousands of activists flooded into streets, Town Halls and Congressional offices to beat back the GOP’s attempts to repeal the ACA and gut Medicaid. They succeeded in their defense, though the GOP’s efforts to undermine funding for health care continue.

So People’s Action member organizations from Maine to West Virginia turned out to mark this moment, and to launch the work that still needs to be done.

“We’re here to let lawmakers know that we’re in this fight for the long run,” they said. “When it comes to health care, we’re in it to win it.”

Roughly 25 people hand-delivered cards from more than 200 Mainers from across the state, sharing their health care stories. “My wife is receiving care for recently diagnosed breast cancer. We have ACA coverage. Without it, I’m sure we’d soon be bankrupted,” read one message from Brewer.

“I went a couple years without any heath care, as I was in the Medicaid coverage gap,” said Steve Turner, a janitor from Mechanics Falls. “I work three jobs, six days a week — sometimes seven – and the ACA paved a road for me to access health insurance.”

Members of the West Virginia Citizen Action Group gathered at their state capitol in Charleston to talk about the difference the Act has made in their lives. Nearly 250,000 gained access to coverage in the state, cutting the uninsured rate by more than two-thirds.

“These are not statistics, although I love hearing how many people have been affected in their lives,” said Rev. Janice Hill from Parkersburg. “They’re real people. They’re your friend,” she said. 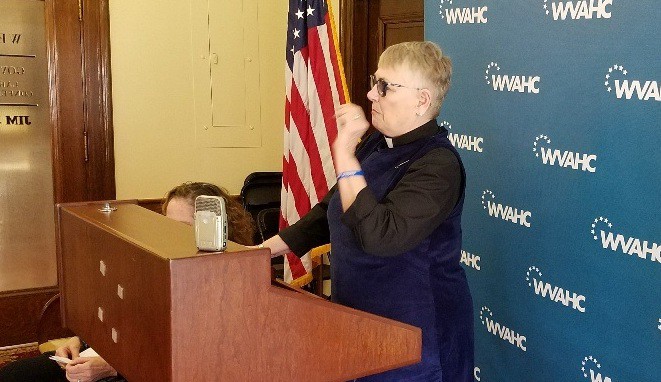 Rev. Hill’s daughter suffers from a rare form of cancer, so her life literally depends on access to affordable health care. Hill memorably challenged Senator Capito on her daughter’s behalf last June, as part of a group of West Virginians who caravanned by bus to Washington, D.C. to confront their senators ahead of their vote on the ACA.

Dr. Dan Foster, a former state senator, highlighted the difference treatment for opioids has made for those battling addiction in West Virginia, and to the health of the state’s workforce. 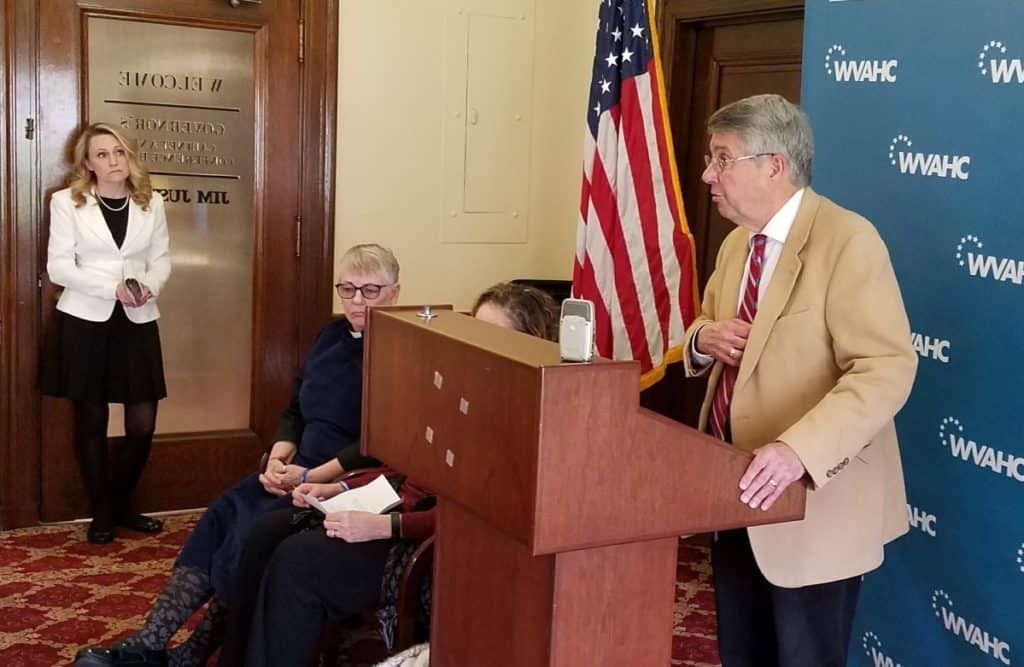 “We cannot have a healthy economy in West Virginia without healthy people, and the Affordable Care Act is a driver of that economic development,” he said.

In Binghamton, Citizen Action of New York  members gathered at the office of Rep. Claudia Tenney to say, “Stop the Sabotage of the ACA!” and “Support Expanding Health Care With a Simple Solution: Single Payer Health Care For All.”

They called attention to Tenney’s support for the Trump administration’s efforts to take away as much as $1.5 trillion in funding from Medicare and Medicaid to pay for tax cuts for the wealthy.

“The ACA has dramatically improved the lives of Claudia’s constituents,” said Leona Perrault. “That’s something she ignored when she voted to take our health care away.”

Stan Scobbie described how eight years ago, just months before passage of the ACA, his son David was pronounced dead – twice – in emergency rooms because of an uninsurable cardiac condition.

David survived, and thanks to the ACA now has medical coverage, but he racked up more than $500,000 in debts from those two incidents.

“If the ACA had been implemented in a timely manner, without all the attempts by the GOP to stop it, David would have had his health condition covered,” said Scobbie. “He would have avoided medical bankruptcy, and the various medical institutions and providers would have been paid.”

To be sure, these health care warriors know millions in our country still don’t have the care they need, and the insurance industry siphons off billions in profits. So they aren’t resting on their laurels. They know there’s work to be done, and when the time comes, they’ll be ready.

“Cutting Medicare and Medicaid is truly moving in the wrong direction,” said Tim Wolcott of Binghamton. We need to build and expand these programs - the one clear simple step from there is truly universal care, Medicare for All.”

“It should not be a partisan issue,” said Gary Zuckett, executive director of the West Virginia Citizen Action Group. “We need to work together to continue the gains made so far, until we truly provide health care for all.”