Black Children Have the Right to be Children

Historically, Black children in the United States have been subject to a racist system, which not only exposes them to unspeakable violence, but also criminalization. In 1955, Emmett Till - 14 years old at the time - was abducted, tortured and lynched for allegedly whistling at a white woman, Carolyn Bryant. It was later discovered that Bryant’s claims were false. By this time Till had not only been robbed of his childhood, but also his life. 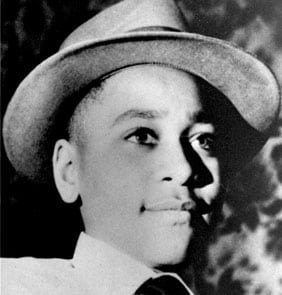 In 2018, Black children still need protection. They need nourishment, love, educational opportunities, health care and safe homes. These basic rights are often not bestowed upon Black children. They are often are confined to cold classrooms, forced to drink contaminated water, reside in food deserts and deal with the social, cognitive and emotional impacts of living in poverty.

The findings published in a report by the Georgetown Law Center on Poverty and Inequality indicate that Black girls are considered more adult than their white peers in nearly all phases of childhood. According to the authors of this report,

Simply put, if authorities in public systems view Black girls as less innocent, less needing of protection, and generally more like adults, it appears likely that they would also view Black girls as more culpable for their actions and, on that basis, punish them more harshly despite their status as children.

So despite being children, Black girls are subject to “adultification” and therefore exposed to harsh punishment practices. These findings are problematic because healthy development requires that children are able to progress through specific phases of development. For optimal development, children must be placed in environments that help drive their social, emotional and academic development.

In 2014, 12-year-old Tamir Rice was killed in Cleveland, Ohio when someone called 911 to report him for playing with a toy gun near a recreation center. The antecedent to Rice’s death was the incorrect and race-driven assumption that he was a Black male with a weapon, and therefore dangerous. Rice was shot by an officer seconds after the officer’s arrival on the scene.

This tragic death sits in a list of tragedies, in which Black children are catapulted out of their existence as children and falsely categorized as men or women.

Rice’s death caused national outrage, but his death must also be understood on a global level. When a developed country like the United States fails to protect and nurture all of its children, the basic rights of all citizens are not maintained. The state should be influential in providing systems and services that drive children’s development, not prematurely end their lives.

Further, the current system in this country enables dangerous individuals to possess guns. This flaw places Black children’s lives in danger. In November 2012, Jordan Davis, 17, was seated in a car with his friends in Jacksonville, Florida, when he was murdered after being shot by Michael David Dunn. Dunn, 45, murdered Davis - an unarmed black teenager—following a dispute about loud music.

Similarly, Trayvon Martin was seventeen when he was murdered. Martin died on February 26, 2012 after he was shot by George Zimmerman, a neighborhood watch volunteer at a gated community in Sanford, Florida.

In their book "Rest in Power: A Parents’ Story of Love, Injustice, and the Birth of a Movement" by Sybrina Fulton and Tracy Martin, Fulton highlights the magnitude of the loss of her son:

The child I lost was a son, a boy who hadn't yet crossed the final threshold to becoming a man. He had been seventeen for only three brief weeks, still in the beautiful and turbulent passage through childhood’s last stages, still on his way to becoming. Instead, he will be remembered for the things he left behind.

The gravity of Fulton’s loss ignites a deep sense of indignation towards a system which failed her son. It also highlights her correct view of her son as a child, regardless of efforts by law enforcement to paint him as much older and threatening.

In the presence of gross injustice and a deep feeling that Martin’s life was stolen, many were moved to action. Million Hoodies Movement for Justice a human rights chapter-based organization challenging systemic violence and anti-black racism was founded in the wake of Martin’s death. Today, the struggle to protect Black children and allow Black children to be exactly who they are continues. 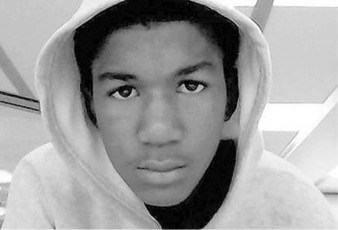 On February 5, 2018, Trayvon Martin’s birthday, the New York City chapter of Million Hoodies Movement for Justice launched the #LifeAt23 campaign to highlight all of the significant life events Martin had the potential to experience. Like other Black children, Martin had dreams of a career in aviation and he had friends and family who loved him.

Through the life of Trayvon and others, community members and organizers are standing up for the basic rights of Black children to ensure they make it through each phase of their childhood, and exercise their right to be children.