The GOP's Tax Plan Will Deepen the Housing Crisis

During one of the worst housing crises in our history, Congress is proposing tax reform that would make it even worse – and in more ways than you may think. 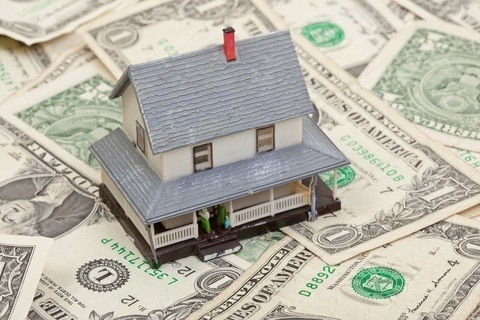 Some of the threats to affordable housing in the current House and Senate proposals are direct and potentially devastating.   For example, plans to alter the structure of the Low-Income Housing Tax Credit and an overall lowering of taxes for the wealthy would result in the production of up to 1 million fewer units over the next decade from the House bill 300,000 fewer from the Senate bill.   Let’s be clear, this is a net loss of affordable units – homes for families – all at a time when we need to be adding millions of units just to keep up with the current need.

Other threats contained in the tax reform proposal are not so obvious, yet they undermine millions of people’s access to stable, safe, affordable housing.

At their core, these tax proposals and the budget are statements of priorities and of what and who we, as a nation, value. The tax overhaul would radically rewrite the rules for who pays for our nation’s needs, and who gets a pass.  When the tax reform keeps loopholes for private equity managers while cutting the deduction for student loans and for teachers who buy school supplies for their classroom, the message is loud and clear who is valued.

When the proposed budget cuts billions from housing, Medicare, Medicaid and education while lowering the estate tax for millionaires and billionaires, it’s clear whose interests are being prioritized. The current proposals do this and more.  They are a massive transfer of wealth and income from people and programs that are the most vulnerable to those who need it least.  This weakens the entire system and will have ripple effects on housing far beyond the loss of units.

We Can Fix This

The good news is we know how to fix this.  The Congressional Progressive Caucus (CPC) of the House released its budget proposal, The People’s Budget, earlier this year and it’s a roadmap for how we can put the needs of families first.   The People’s Budget was crafted not in meetings with Goldman Sachs, but by talking to communities and families who dealing with these issues on a daily basis.

The People’s Budget would start to address the crisis by fully funding public housing needs, increase the number of subsidized vouchers, investing $12 billion to address homelessness and adding to the National Housing Trust Fund, and put money into the production of addition units.

It would also invest in education, raise the minimum wage, clean up toxic neighborhoods, strengthen our healthcare system, and rebuild our crumbling national infrastructure.  And, in a stark departure from the current proposals, it would not add to the wealth concentration at the top, but would ask those who have done well in our nation to do right by our nation by taxing the most profitable corporations, the very wealthy and Wall Street speculators to pay for it.

While the People’s Budget failed to gain enough votes to pass the House this year, the momentum is building for a more just tax and budget system.   The People’s Budget gained more votes in this Congress than any other CPC budget proposal has in years past.  National polling shows that people do not want to see the rich get a windfall at the expense of the poor and middle class.  And across the country grassroots organizing is gaining more and more momentum for just budgets and laws that put people first.

To grow this momentum, we all need to act.  You can start by contacting your representatives in Congress and at the local level and tell them you expect them to put people first.   Then get involved in a local grassroots organization that’s fighting for racial, economic and housing justice.  Because when we fight; we win.