When the Parades Are Over, Who Stands With Unions?

The Labor Day parades are over. The bands have packed up. The muscular speeches celebrating workers are finished. The trash is getting collected from parks across the country.  And now conservative politicians from Trump on down will revive their systematic efforts to weaken unions and undermine workers. 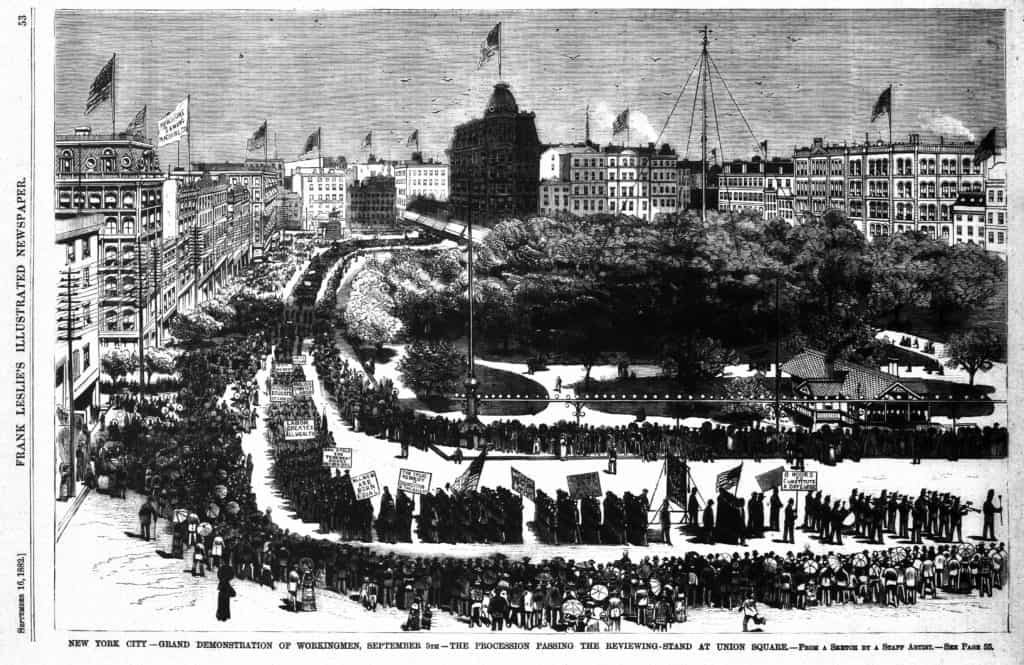 Trump – despite all the populist bunting that decorates his speeches – sustains the deeply entrenched Republican antipathy to organized workers. Their attack is relentless.

Trump’s budget calls for deep cuts in the Labor Department, eviscerating job training programs and cutting - by 40 percent - the agency that does research on workplace safety. It would eliminate the program that funds education of workers on how to avoid workplace hazards. It even savages money for mine safety enforcement for the miners Trump claims to love.

Trump is systematically reversing any Obama rule that aided workers. He signed legislation scrapping the rule that required federal contractors to disclose violations of workplace safety and employment and anti-discrimination laws. His Labor Secretary has announced his intention to strip millions of workers of the overtime pay they would have received under Obama DOL regulations.

Trump is creating a pro-business majority at the National Labor Relations Board, which will roll back Obama’s efforts to make it easier for workers to organize, and make it possible to hold home companies responsible for the employment practices of their franchisees.

This is simply standard operating procedure for today’s Republican party. Long ago, Republicans realized that organized labor was a central “pillar,” as Grover Norquist described it, of Democratic Party strength. Now Republican office holders at every level – from county officials to statehouses to judges – know that their job is to weaken labor unions. From right to work laws to administrative regulations to court challenges, Republicans sustain an unrelenting attack.

And aided by our perverse globalization strategies, they’ve been remarkably successful. Unions are down to about 7 percent of the private workforce. Public employee unions, a relative stronghold, are facing court challenges – essentially allowing workers to enjoy the benefits of union negotiations without paying dues -- that will decimate their membership.

True conservatives would embrace unions. They are a classic “mediating institution,” a voluntary civic organization between government and the individual. Unions increase the voice and power of workers in the workplace, helping to keep executive accountable, and to protect workers from abuse. They also educate their members, teach democracy, and are central to community volunteer and service efforts. They teach and practice democratic citizenship.

The modern Republican Party, of course, is the party of big business and big money. It isn’t conservative; it is partisan. And weakening unions is a constant target.

While Republicans understand how important unions are to Democrats and to workers, Democrats don’t seem to get it. Sure, they line up to get union donations; most will vote to defend unions and worker programs. But as the money in politics has gotten bigger and the unions have gotten weaker, the Wall Street wing of the Democratic Party has become more powerful.

The result is clear. When Republicans get control, they attack unions relentlessly. When Democrats gain control, as they did in 2012 with the election of Barack Obama and Democratic majorities in both houses, labor law reform, empowering workers to organize is not a priority. Obama essentially told unions that if they could get the votes, he’d sign the law, but he wasn’t leading the charge. And so as under Carter and Clinton, changing the law to make it easier for workers to organize and bargain collectively didn’t happen.

Now unions are under siege. Yet it is hard to imagine how a small “d” democracy can be robust, or a large D Democratic Party can regain its mojo without a revived movement of workers. It’s time for Democrats at every level to realize: strengthening workers and their unions isn’t an elective; it’s a requirement and a first priority.

The loop works like this: Unions are in decline. As a result, unions lose influence inside the Democratic Party. The Democrats then feel no pressure to stem unions’ decline, and the economically disadvantaged lose what was once their most powerful advocate. Then the cycle continues. We cannot revive unions, and we have no template for egalitarian politics without them.

Unions aren’t simply economic actors. They’re political actors. Labor still needs the Democrats. The Democrats, more than they realize, still need labor. But most of all, all those who want to build a fairer society need their partnership.

Republican elites understand the doom loop. Big business, small business, and Tea Party alike have pushed hard against unions. As the parties have polarized, Republicans have taken the gloves off, risking the votes of the 40 percent of union members who back Republicans in order to crush a pillar of the Democratic coalition. Even President Bernie Sanders would have real trouble rebuilding unions in the face of a Republican Congress and a federal judiciary eager to swat down pro-labor executive action.

Even without Republican politicians digging their graves, labor unions face deep challenges. In the private sector, unions must sign contracts workplace by workplace. Gawker writers here and home-care workers there will continue to organize their workplaces, but the barriers remain dauntingly high. In the public sector, unions have stood steady. But cops and teachers alike face blowback for putting their own prerogatives above the public interest. And if the Supreme Court bans the collection of agency fees in the public sector (thus imposing “right to work”), public-sector union membership could halve in a decade.