What They Want to Hide Tells You Who They Are

The Treasury Department has released their report on financial regulations they want to scrap. Spoiler alert: the Wall Street sharpies who Trump put in charge of our economy, who made fortunes on both ends of the housing collapse, think pretty much all regulations on banks, including home lenders, should go. 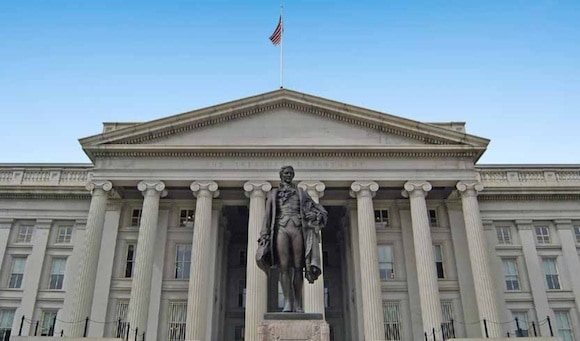 This report was driven by Craig Phillips, who packaged and sold billions in bundled home loans for Morgan Stanley before he moved over to hedge fund giant BlackRock. His boss is former Goldman Sachs executive Steven Mnuchin, who made his bones by aggressively foreclosing on homeowners at IndyMac after the 2008 financial meltdown.

These guys think we should go a lot easier on the poor, poor megabanks, who’ve suffered enough, and toughen up on the real culprits - middle-class families.

First, they want to make the financial system less safe for consumers by repealing the Volcker rule, so banks can gamble with their depositors’ money. They also want to ease up on the “stress tests” put in place after 2008 to make sure big banks don’t fail and take the whole economy down with them.

Second, they want to defang the Consumer Financial Protection Bureau (CFPB), the only agency that serves as a financial watchdog for the public, by making it basically impossible for the CFPB to either write rules or enforce them.

Third, they take us back in time. In a flashback to their earlier lives on Wall Street, Phillips and Mnuchin want to make it easier for banks to write fraudulent mortgages, then easier to foreclose on people by scrapping the qualified mortgage rules, and stop new rules on mortgage servicing from taking effect.

There’s one provision stuck in this plan that may not seem like much at first glance, but it gives away their game.

Since 1975, banks have been required to report annually on their mortgages - what, where and to whom they’re making loans - under a law called the Home Mortgage Disclosure Act (HMDA).

HMDA was passed at the height of the red-lining crisis, when banks literally drew red lines on maps around low-income neighborhoods and communities of color, and refused them loans. Banks were happy to take deposits from these communities, but they were never going to offer them home financing.

The bank records and statistics the HDMA brought to light showed beyond a shadow of doubt what low-income and communities of color had been saying all along: credit discrimination was very real, with devastating effects on their families’ social and economic lives.

The analysis of HDMA data spurred the passage in 1977 of the Community Reinvestment Act, which says, very simply, that banks must make responsible loans to everyone who qualifies.

Basically, in exchange for all the benefits government showers on banks - deposit guarantees, borrowing at the lowest possible rates and implicit guarantees against failure - banks are required not to discriminate in their lending.  And HMDA was what was made them keep up their end of the bargain.

Every year since then community groups, regulators and scholars have used HDMA data to show where discrimination happens, and force banks to make loans and meet the needs of the communities in which they operate, if they don’t.

The mortgage market has changed dramatically in the last 40 years, so as directed by Congress the CFPB is updating the HMDA reporting process so that the data collected and disseminated shows the true picture of credit availability.

When HMDA was passed, banks could get away with simply not issuing loans; since then, we have seen that toxic credit with huge fees, usurious interest rates and hidden payment time bombs are as destructive or even more than no credit at all.

We know now that in the run-up to the 2008 mortgage meltdown, toxic loans were steered to communities of color. These bad loans then led to a massive erasure of wealth in these same communities.

So what do Trump and his cabinet of Wall Street cronies offer as a solution?  They want to hide the evidence: the Treasury report recommends that HMDA data no longer be updated. Even more stunningly, they propose that it no longer be made public.

Just like Mitch McConnell’s backroom dealings on health care, the Republican playbook on home lending is to sweep the facts under the carpet.  They understand that what they and their corporate sponsors do cannot withstand public scrutiny.

It’s our job to continue to shine the light.