Republican leaders in the Senate are very quietly – and very secretly – forcing through a radical health care repeal that threatens the lives of people across the country.

It’s up to us to make noise and demand our voices be heard:

In 2005, I was diagnosed with several brain tumors. Two surgeries and radiation later, I am still alive. I have yearly MRIs to keep the remaining tumors under observation. All this was done under Medicaid – AHCCCS – and without it, I would now be dead. I could never afford the cost of brain surgery, radiation and follow-up care. My grandchildren would never have known me, my family would have been left to mourn an early death. Thanks to comprehensive health care, I am alive and continue to contribute to society. 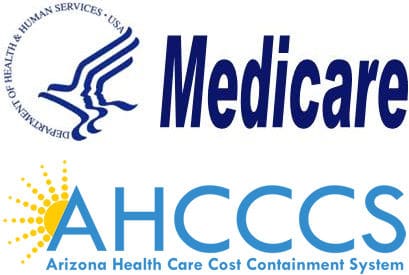 That’s Maria C. from Arizona. She’s one of the more than twelve hundred people who have shared their stories about what’s at stake with the health care repeal, and what they stand to lose.

Maria refuses to be silenced by lawmakers about health care, and so do we. We’ll be sharing more stories like hers in coming days.

A Terrible Bill, Hidden in Secrecy

Back in May, political commentators insisted the House version of repeal would be “dead on arrival” in the Senate. Those commentators underestimated the right wing’s passion for gutting essential public services and funneling wealth back up to corporations and the rich.

Although Republican leaders are hiding their bill from the public, reports indicate that the Senate version of repeal is about as deadly as the House version.

The Senate bill will kick people off the Medicaid expansion; the only question is how quickly. It will cap care under the entire Medicaid program – not just the expansion – instead of continuing to fund Medicaid according to need. The repeal will slash subsidies to make premiums, deductibles, and copayments more affordable. And it will open the door to gutted insurance plans, with no coverage for services like maternity care or mental health.

There’s no mystery to why Republican leaders want to hide such an atrocious bill from public view while they cut secret deals to buy off the final needed votes. We, the public, believe each person should get health care, and we think repealing people’s health care – our own and others’ – is cruel and unjust. No closed-doors deals can redeem this legislation.

“We aren't stupid,” a Republican Senate aide told a reporter, explaining the secrecy.

Meaning: they know we’ll hate the Senate bill as much as we hate the House bill, and Republican leaders don’t want us talking about it, let alone flooding their offices with calls or protesting.

We should be flooding senators’ offices with calls and protesting.

A Threat to Democracy That’s a Threat to Our Lives

The Affordable Care Act received 36 days of hearings. The bill to repeal it and gut Medicaid, which millions of Americans have relied on for over fifty years, will receive no public hearings. No hearings, no time for real open debate and amendments, no opportunity for people who will be profoundly harmed by the legislation to discuss the details with the lawmakers who are supposed to represent them.

Senate leaders want this atrocity passed by the end of the month. They want to celebrate July 4 after passing a bill taking health care away from tens of millions of their constituents, having deprived us of the right to participate and be heard.

That’s a profoundly undemocratic way to pass any legislation, let alone a bill that means life or death for millions of us.

Even with the Senate secrecy, we know our lives are on the line. This week, People’s Action asked people to share personal stories about the health care they stand to lose with health care repeal. Within 24 hours, we were flooded with more than 1,200 stories from across the country.

The Senate may be refusing to hold hearings, but that doesn’t mean people should be silent. In the days to come, we’ll be sharing the stories that so many of you shared with us.

Don't let lawmakers force you to silently accept this repeal of health care, which even they are too ashamed to admit. Let your voices rise up.

I am a diabetic who is on Medicaid in rural Alaska. In recent months, I've developed kidney stones and three times I had to travel from Sitka to Anchorage for treatment. On my first trip in September, just the hospital portion of the bill (four-hour outpatient procedure) cost $21,500, about what I made last year. That doesn't include the diagnostic imaging studies, urologist, travel, etc. With Medicaid, my co-pay was only $225. Without Medicaid there's no way I could have afforded the procedure, and kidney stones are extremely painful.

I was saved from bankruptcy by the ACA. I didn't have insurance prior to the ACA because I couldn't buy it.

I have Medicare/Medicaid! I have M.S. and I need complicated care.

I have type-II diabetes, glaucoma, and a demyelinating disorder. Prior to the ACA, only two companies would cover me and the cheapest of those wanted $6,000 a month for me alone. All that will be gone shortly and I will be totally without medical assistance.