CHOICE Act Is a Lump of Coal in Our Stocking

But this Christmas in June, let’s put coal in their stocking!”

Republicans in the House want make the deepest desires of Wall Street sharpies, loan sharks and big banks come true.  They are poised to vote on what they call the “CHOICE Act,” which is in fact the most extreme pro-Wall Street, anti-consumer bill this country has ever seen. 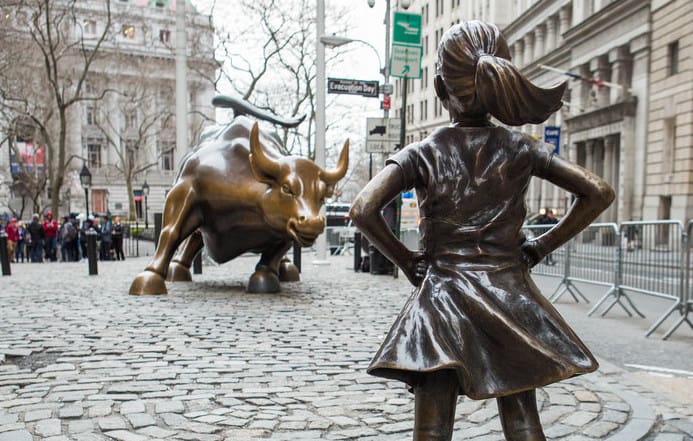 Representative Maxine Waters is on target when she calls it the “Wrong Choice Act.” It turns back the clock to before our country’s financial near-collapse in 2008, effectively ‘repealing and replacing’ the curbs put in place to keep Wall Street avarice from crashing the economy while fleecing the public again.

The bill is a parade of anti-family, anti-consumer provisions; one terrible proposal after another.  It takes away rules that say your financial advisor has to represent clients’ interest before lining their own pockets; basically, it allows sales pitches to be disguised as financial advice.

It throws up ridiculous barriers to keep regulators from doing their job, and basically gives big banks the power to ignore oversight.

It takes away the Volcker rule, which stopped banks from gambling in the market with federally guaranteed deposits. And it eviscerates the Consumer Financial Protection Bureau (CFPB), weakening the watchdog and eliminating its ability to go after unfair banking practices that deceive and abuse the public.

They’re not coming after these rules and the CFPB because they don’t work.  On the contrary, it’s because they work so well. In less than six years, the CFPB has returned $11.8 billion to more than 29 million consumers defrauded by big banks, shady for-profit colleges, and debt collectors.

The CFPB has created key rules that protect consumers, reduce foreclosures, and make credit safer and more affordable.  Yet despite posting record profits in 2016, the big banks want more: more fees, more scams, and if they have their way, nobody watching the store.

The CHOICE Act’s most tone-deaf and destructive move strips the CFPB of its ability to regulate payday and car-title loan sharks, just as the Bureau is about to release rules designed to shut down payday debt scams.

Over 400,000 people nationwide submitted comments in support of rules that crack down on these triple-digit interest traps, but Republicans in Congress thinks they should have free reign.

American families are not fooled.  They understand the rules that were put in place after the financial meltdown make our economy more stable, and there are now fewer ways the big banks can trick and trap us in our financial lives.

They understand that it’s the millions of dollars pouring in to Congresspeople’s accounts from the financial industry that is driving this bill.  And people are making their voice heard.

Nearly a quarter of a million people have signed petitions to Congress telling them to vote no on the CHOICE Act.  They are going to town halls and Congressional offices from New Jersey to Texas, and from Tennessee to California, with a simple and clear message: if you vote for Wall Street over Main Street, we will remember come next November.

So, with our tongues firmly in cheek and apologies to hopeful children everywhere, we invite you to join us in a little carol we wrote for this cheerless occasion, the “Night Before the CHOICE Act.”

'Twas the night before Congress and all through the Street,

not a broker was stirring, not even to cheat.

The bill had been written, by Chase and by Wells;

it’s a wishlist of Wall Street, with all of the bells.

“We went to our puppets - to Mitch, and to Paul

And let’s not forget Hensarling, our favorite of all!”

“We added in loopholes, and clawed back the rules!

It’s open season on families; let all the sharks loose!

The CHOICE Act is here, ripping out sense by the roots.

But what, to their wondering eyes, does appear?

Millions of angry people, who’ll be voting next year.

Folks are raising their voices from Maine to Manassas:

“if you vote for this garbage, you’ll be out on your asses.”

“We’re not giving our savings to make more bankers rich,

They drove our economy straight into the ditch!”

“We demand a strong Bureau and investor protections:

If you side with Wall Street, you’ll lose your elections.”