There Is No Win in 2018 Without Full Voting Rights

As resistance to Trump’s agenda gathers steam, many sectors of the progressive left and Democratic Party leaders turn their eyes toward the 2018 elections as the next step in the struggle. But too few are working to defend and restore voting rights. 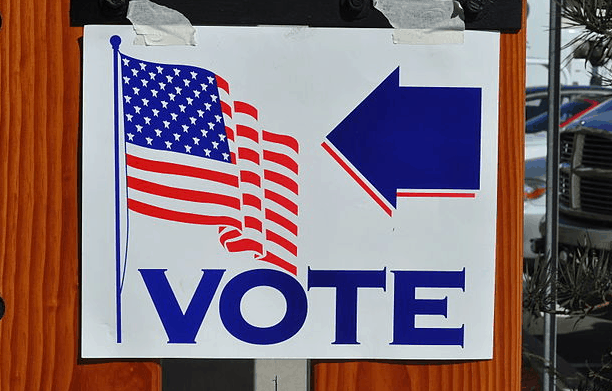 Don’t get me wrong - the argument for building momentum to win elections is solid. There is only so much a mass movement can do, however, from the position of energetic opposition. The Republican Party controls both houses of Congress; their appointees have a majority in the Supreme Court. On a federal level, we are largely reduced to defense.

Like it or not, the Trump administration will change government enforcement of key regulations, including civil rights. And sooner or later, major legislative victories will gut social programs, slash progressive gains and make structural changes that will be hard to undo.

Most conversations about taking back Congress in 2018 ignore a crucial part of the puzzle: the right to vote is under threat for millions of people. Many have already been excluded from participation in our democracy by Republicans’ systematic campaign to disenfranchise voters.

If we do not act now to defend and restore our voting rights, progressives will be hard-pressed to win in the short-term or long-term.

How We Got Here

There has been much debate about how Trump won the November 2016 election. It is now indisputable that the active suppression of the vote by Republican Secretaries of State, State legislatures and Governors helped deliver a Trump presidency.

This was the first presidential election in half a century without the full protection of the Federal Voting Rights Act (VRA).  The VRA, enacted in 1965, brought an end to legal race discrimination in this country, after the state violence that kept Jim Crow in place was revealed to television audiences around the world.

Public outcry to seeing police in Birmingham and other cities unleash dogs on children and beat peaceful protesters forced a federal response, and when President Johnson signed the VRA, it cracked open white-exclusive rule and launched a new era of Black political and social attainment not only in southern states but across the country.

Rolling Back the VRA

In 2013, the Supreme Court gutted the VRA’s key enforcement mechanism, in the Shelby County v. Holder decision. This opened the door for states, not only in the South, to enact measures for political suppression and voter disenfranchisement.

After the Shelby County v. Holder decision, President Barack Obama called on Congress "to pass legislation to ensure every American has equal access to the polls." But Democratic leaders were ineffective in their response, and the GOP-led Congress sat on their hands, paving the way for their colleagues at the state level to unroll a program of voter suppression.

The consequences of this rollout were swift, and run deep: Republican statehouses crafted a myriad of laws to directly suppress the vote and exclude the most vulnerable, and often Democratic, voters. The Brennan Center found that in November 2016 fourteen states had voting restriction for the first time in a Presidential election.

In key swing states like Ohio and Wisconsin, there were active efforts to purge the voter rolls and create restrictive and unnecessary voter ID laws. Trump won Wisconsin by a razor-thin margin of 22,000 votes, while an estimated 200,000 people were blocked from voting by voter ID laws. That number was concentrated in urban areas that tend to have more people of color and vote more consistently Democratic.

Why We Must Act

The mainstream leadership of the Democratic Party has done little to champion voting rights, even since their rout at the polls last November. There’s been hardly a peep about the direct and demonstrable role voter ID laws, voter purging and reduced voting periods played in suppressing the vote, and how these will undermine the vote in 2018.

But voting rights are essential for deeper reasons. Expanding the franchise and ensuring the widest possible participation will not just make the 2018 election more successful, it will make a structural shift in political power in this country and lay the basis for a new democratic revolution that we so urgently need.

There is some cause for hope. Progress is being made in a number of states despite the inaction at the Federal level to protect voting rights. This week the Illinois legislature passed a bill with bipartisan support that would automatically register to vote all eligible residents of the state.

Even in Florida, once the poster child for voter suppression because of its purging of eligible voters before the 2000 presidential elections, organizers are mobilizing to put a constitutional amendment in front of voters next year that would allow formerly incarcerated people to vote again.

A Supreme Court review of the rampant racial voter suppression tactics of states like Texas could put the teeth back in the Voting Rights Act. And this week, the Court agreed to hear arguments about Ohio’s aggressive voter purging, which could throw out the arbitrary process - if it doesn't enshrine this blow to voting rights.

What We Can Do

In the meantime, there are a number of important reforms we can champion to deepen and defend voting rights at the state and federal level:

So let the resistance continue. Let’s block as many of Trump’s noxious laws and executive orders that we can. Let’s also prepare to dismantle conservative majorities in Congress and put more progressives in office at all levels.

But let us also deepen and defend voting rights everywhere we can to expand the electorate and make sure every vote counts.