Bernie Sanders Inspires Candidates to Run on Rise Up Platform

“Let me begin by thanking the People’s Action network for making the political revolution," U.S. Senator Bernie Sanders told a raucous afternoon crowd in Washington, D.C. at "Rise Up: From People to Power," the founding convention of People’s Action, on Monday. 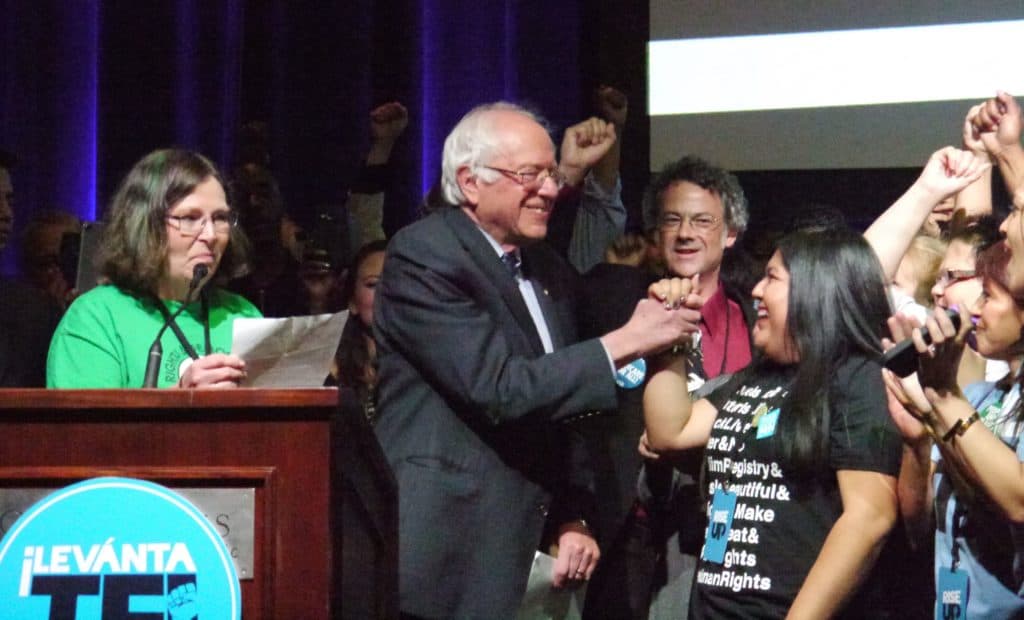 Crowded on the stage behind Sanders stood 72 grassroots community leaders from across the United States, who pledged to run for office on the progressive Rise Up Platform developed by People’s Action and its member organizations.

The platform declares, “We rise up for people and planet. For a government that protects the right of all people to thrive. For a society where every person has a say in our collective future.”

Candidates agree to run for office and serve upholding the following principles:

Most of the candidates pledging to run on the Rise Up Platform are running for office for the first time. Many never thought they would run for office. All of the them are members of grassroots people’s organizations, and are local leaders in their communities. 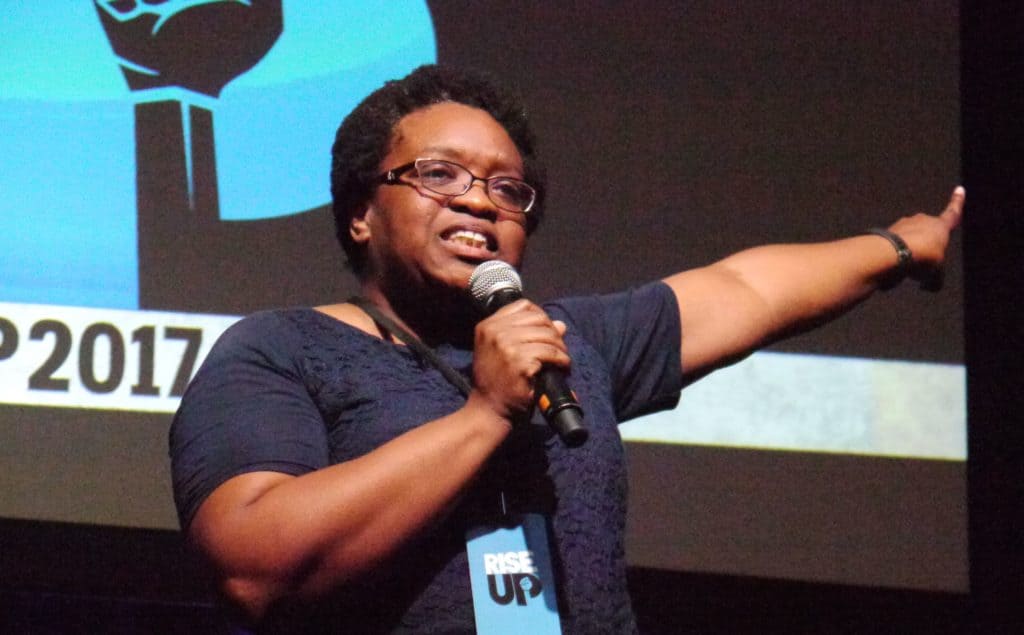 “Up until now, I hated the idea of getting involved in politics,” said Brandy Brooks of Progressive Maryland. “I am here because ‘movement politics’ is a politics that I can believe in. I will doorknock for this. I will phonebank for this. I will volunteer for this. And in 2018, I will run for office for this.”

National unions and other allied organizations are also pledging to join with People’s Action in recruiting progressive candidates to run for office.

“We're not doing this to elect somebody. We're doing this to take power,” said Rafael Navar, National Political Director of the Communications Workers of America. “The election is the footnote, not the headline.” 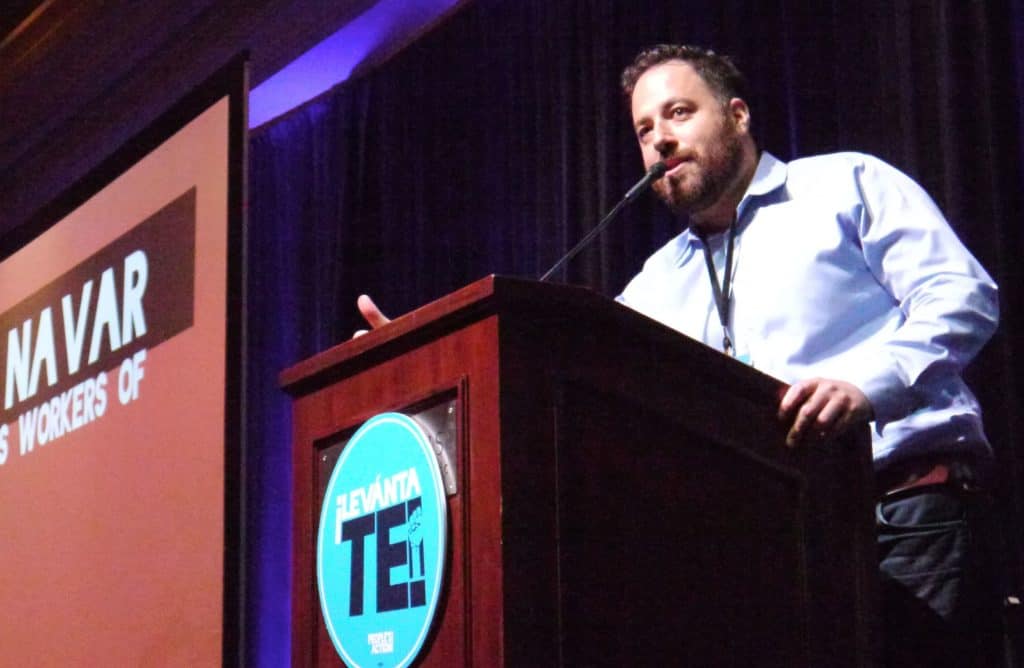 Sen. Sanders warned the group of new candidates of the challenge they face. “We don’t just have a rigged economy," he said. "You’ve got a corrupt political system as well. So as a result of Citizens United Supreme Court Decision you have billionaires like the Koch Brothers able to spend hundreds of millions of dollars to elect candidates who represent the wealthy and the powerful. And that takes place from the Presidency on down the the school board and the Statehouse. And that’s what these guys are going to have to be running up against.” 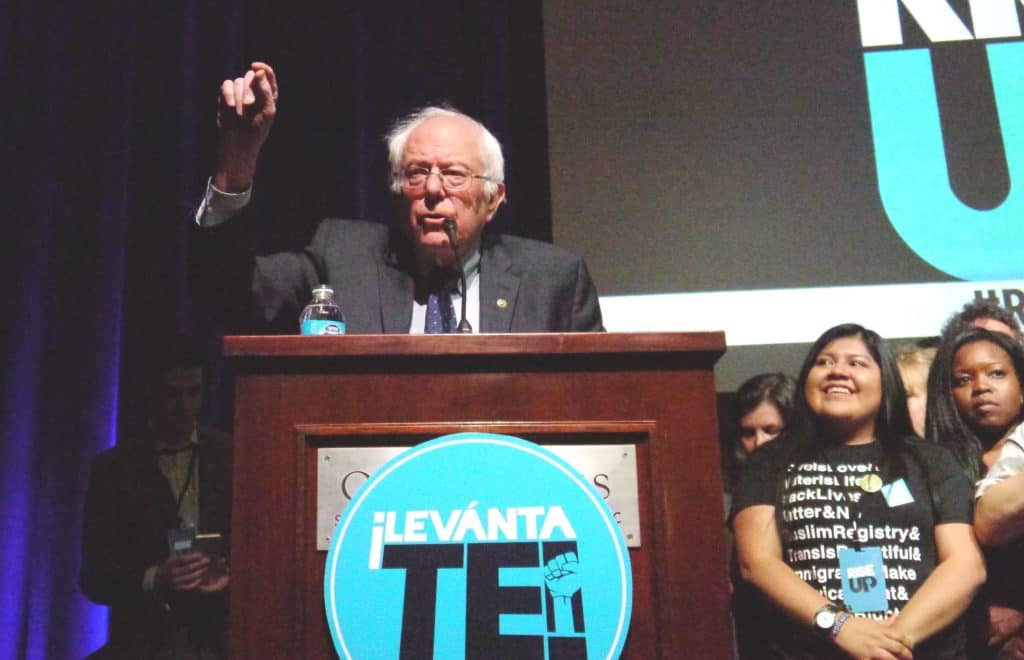 “They may have the billionaires and they may have the money,” said Sanders. “But I tell you what we got. When we stand together, we have the people united. And we are not going to let Donald Trump and his friends divide us up by race, or gender, or sexual orientation.”

“When we stand together. There is nothing we can’t accomplish.”