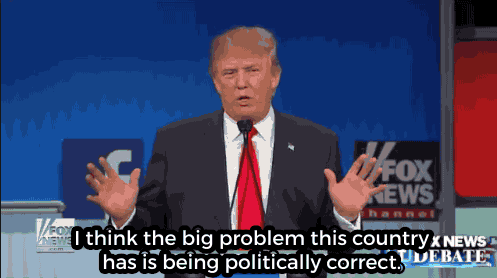 Reihan Salam made a belated but useful observation this morning on a very lively Face the Nation after Trump went on an extended tirade about well ... everything:

SALAM: Well, the genius of -- the genius of Ted Cruz is also the fact that if you look at the Republican Party, if you're looking at the elite side, fundamentally you have these libertarian instincts. And what Donald Trump has demonstrated is that this libertarianism does not run very deep with actual Republican voters. Not very deep at all. So what Ted Cruz has done, and you see this actually in his fundraising, what he's done is he's managed to get some of that kind of libertarian, business class, Wall Street Republican support, while also getting that kind of populist, national support, a bit of that, and that also means that you get small donors, as well as big donors.

Trump, however, to me, what he's done, whether or not he wins, I have no idea, honestly. But whether or not he wins, he's demonstrated that that libertarianism, you know, cutting top rates, cutting tax -- gains taxes, all of this stuff doesn't actually matter to real life Republican voters. Forty percent of Republican voters say that they want upper income taxpayers to pay higher taxes. Whoever do you see in a Republican primary come out and say, you know what, I'm going to leave the top rate alone and I'm going to focus on middle class tax cuts. Something like that.

Marco Rubio has flirted with this idea -- Without really pursuing it as aggressively as he might have because he, too, has that straddle. He has to keep both sides of the party happy. But I think what Trump is demonstrating is that there's this whole other lane for Republicans to pursue. This populist, nationalist lane that is very potent.

And now listen to the chorus of liberals exclaiming that this proves once more that the guys with confederate flags on their trucks need health care too. But Salam only gets it half right. The truth is that these people don't care about taxes for the rich --- or themselves either, at least not in the abstract. They are not motivated by economic arguments unless the argument is that the government is taking their money and giving it to black people or immigrants or spending it on foreigners.

Salam is right that there's a whole "lane" for the populist, nationalist candidate to run in. Trump's taking up almost the whole thing right now, but there have been recent iterations of this such as Pat Buchanan who we used to know was playing to stone cold racism. Even Perot who was supposed to have been above all this was playing to this crowd when he talked incessantly about NAFTA being a "giant sucking sound" of jobs to Mexico. He may have been making a legitimate economic argument about trade but he had a good many of his followers at "sucking" and "Mexico".

And these candidates don't have to run on lower tax rates for the middle class. All they have to do is promise to stick it to the "others" whether it's by denying benefits or a path to citizenship, deportation, abusive policing, long prison sentences, legalizing discrimination or war and more war. If lowering taxes will help accomplish those goals, these voters are all for it. But the taxes themselves are a means to an end.

That's what is animating the Trump voters --- which, at this point, makes up over half the Republican Party if you count Cruz's nutcase talk radio followers and Carson's kooky Armageddonist social conservatives. And as long as the Democratic party agrees to include all those undeserving free-loaders in their party, even if they promise to lower middle class taxes to zero, these Trump folks won't be joining up.

They are being screwed economically, for sure.  But most of them care a lot more about people of color and foreigners challenging their status bruising their pride.  Money isn't everything.