Metropolis, Illinois, population 6,465, isn’t much of a metropolis. But when Reverend Orlando McReynolds moved to that small town on the Kentucky border two years ago to become the pastor at the First Missionary Life Center, he found the same thing he left behind in New York City: hungry children.

With the help of the federal summer meals program, he’s filling those empty bellies.

Dr. McReynolds and his wife moved to Metropolis to be near their relatives, who live close by. He noticed hungry kids in his first summer there, when school was out and the children no longer could get school meals.

“The worst thing a person can face is hunger,” he told me when we talked recently. “I’ve noticed that these children, up to age 18, would be without meals at home, when they couldn’t get meals at school. That school meal was their one meal a day. Where does it leave them when school is closed? Children cannot function or think or play on an empty stomach.”

McReynolds reached out to the Illinois Coalition for Communities, and with its help, set up a federal summer meals program. That initiative provides food to children in low-income communities, largely during summer recreational activities. 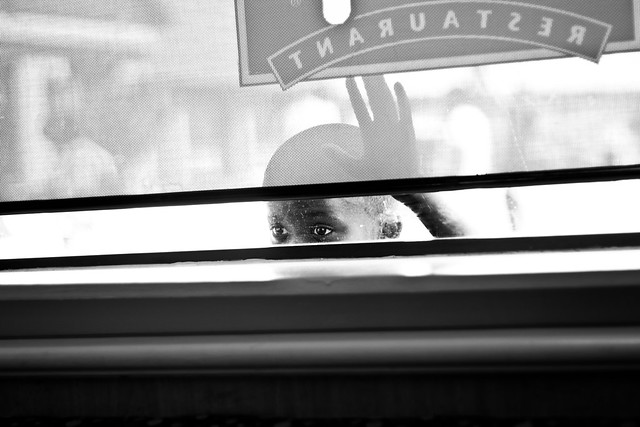 McReynolds calls his program Operation Andrew, named for a fisherman turned disciple. With half the summer to go, Operation Andrew had served 799 meals, mostly to youngsters whose parents do not attend his church.

Nationwide, only one in seven children who get help with food at school continue to get the food they need from these summer programs. One problem is that many programs in low-income communities don’t qualify for summer meals under the current rules. Another barrier is actually getting food to the kids who need to eat.

Fortunately, there are a few common-sense steps that Congress can take to be sure that a lot more kids get the food they need during the summer. A bipartisan bill in Congress, called the Summer Meals Act of 2015, would address both challenges by bringing summer meals to more communities and funding transportation — so kids can get to the programs and mobile food trucks can get to the kids.

The legislation would also help parents who are working long hours just to meet the basics by allowing programs to provide three meals a day. That would not only help feed children, but keep them safe and engaged in healthy activities.

Working long hours is a year-round challenge for parents, which is why many of the summer programs also run after-school activities. But under current law those agencies have to fill out separate paperwork to qualify to serve free and reduced-price meals and snacks during the summer and after school. That’s a waste of precious staff time and money.

The Summer Meals Act would simplify the system by allowing agencies to qualify for both summer and after-school meals at the same time.

Even if more kids have access to summer meals, there will still be hungry kids left out. To be sure these children get healthy summer food, another proposal in Congress — the Stop Child Summer Hunger Act — would give the families of children who qualify for free or reduced-price school meals a card they can use to purchase food during the summer.

While members of Congress enjoy their long summer break, they should ponder the millions of children for whom summer vacation means an empty stomach. And they should think about their parents who, with so many jobs paying low wages and requiring unpredictable hours, have trouble meeting the basics.

It’s up to all of us to help these parents care for their kids, with the healthy food that every child needs, so they can set them off to a better future.