Beyond Ferguson: If You Want Our Vote, Mind The Black Wealth Gap

This past Sunday was declared "Freedom Sunday" by a coalition of civil rights and religious organizations to rally African Americans and others to register to vote. That's all to the good, but Maya Rockeymoore, CEO of the Center for Global Policy Solutions, is concerned that the African-American community is being asked to register to vote without being given policies to vote for that will address the chronic and widening gap between black and white wealth.

"To the extent to which you have people getting out the vote over and over again to elect people who are not responsive on the policy side, you will get that level of frustration and the sense that none of this matters," she said in a video interview with OurFuture.org. 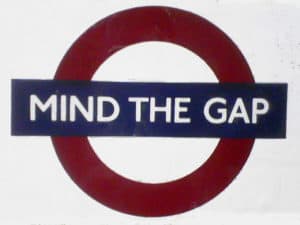 She specifically had in mind the wealth gap documented in a report Global Policy Solutions recently released, "Beyond Broke: Why Closing the Racial Wealth Gap Is a Priority for National Economic Security." The report contains stark statistics about the relative wealth of black, white and Hispanic people. A typical finding: "The median liquid wealth of Whites is over 100 times that of Blacks and more than 65 times that held by Latinos."

The report also finds that despite the severity and persistence of the racial wealth gap, "it remains a taboo topic in mainstream policy circles and most officials studiously avoid offering targeted solutions to help close the gap." That avoidance was at best only marginally tempered by the protests this summer against the shooting death of Michael Brown in Ferguson, Mo., which not only shined a light on the use of police power in black communities but was an opportunity to examine the roots of the economic pain suffered in communities like Ferguson. That is what has Rockeymoore particularly concerned.

"In an ideal political climate, policymakers and advocates would be as free to talk about race as they are when they talk about gender," she said.

The Democratic Party has currently emphasized a "women's economic agenda" in its efforts get women to the polls and to prevent a Republican takeover of the Senate. When presented with the argument that the economic issues facing African Americans are best addressed by remedies that do not take race and racial history into account, Rockeymoore responded, "Tell that to women. They're not buying it."

"If we're talking about lifting all boats, we have to talk about how do we lift this cycle of segregational exclusion," Rockeymoore said. A get-out-the-vote effort in people of color communities is fine, but "it is only as important as it is connected to a policy strategy."