Ryan vs. Progressive Caucus: Competing Visions on the Federal Budget

Our analysis highlights the top issues that matter most to Americans and, using opinion polls, shows how each proposal stacks up against what Americans want.

It’s clear that some lawmakers’ visions are out of step with the priorities of the American public on key issues such as job creation, education, and tax loopholes. 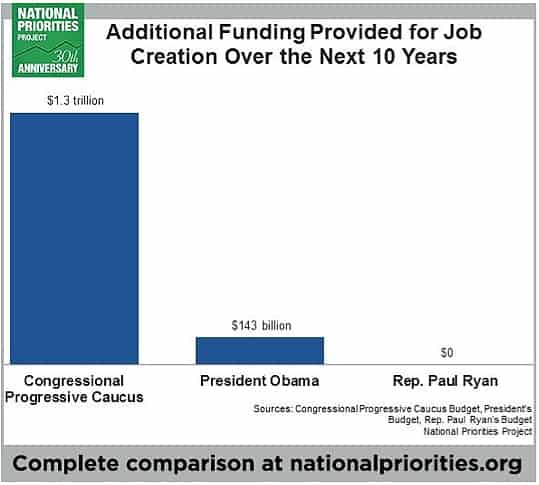 A few of the areas where the three proposed budgets offer very different paths for the nation include:

The essential vision of our democracy is that the federal budget will reflect the values of a majority of Americans. Like what you see in any of these budgets – or don’t? Make your voice heard, because no matter your priority – whether it be health care, education programs, or environmental protection – the federal budget affects you.

For our complete analysis of these proposals, check out Competing Visions.