Recovery for the Rich, Recession for the Rest 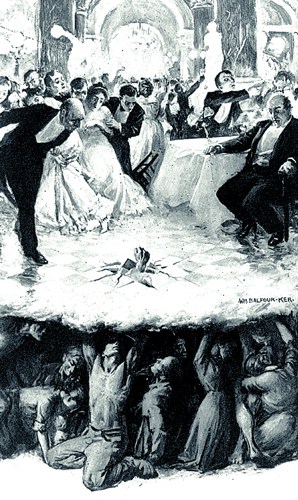 Five years after the financial crisis, it’s become increasingly apparent that the government didn’t rescue “the economy.” It rescued the wealthy, while doing far too little for everyone else.

That didn’t happen by accident. Our government’s response was largely designed by – and for – the wealthiest among us, and it shows. Here's one highlight from a new analysis: The highest-earning Americans saw their income rise by nearly one-third in a single year, while the needle barely moved for 99 percent of us.

This post-crisis inequality is amplifying an ongoing wealth grab that was already decimating middle-class and lower-income Americans.

Recovery for the Rich

New figures on wealth inequality from economists Thomas Piketty and Emmanuel Saez show that the top 10 percent earned more than half of our nation's income. That hasn’t happened since they started tracking these figures a century ago.

What about the bottom 99 percent? After being left out of the post-crisis boom, they finally saw an increase in their earnings last year – but it was only a paltry 1 percent.

By contrast, income for the top 1 percent rose 20 percent. And the really rich, the top 0.01 percent, saw their income soar by more than 32 percent.

As the Economic Policy Institute recently observed, “The median worker saw an increase of just 5.0 percent between 1979 and 2012, despite productivity growth of 74.5 percent—while the 20th percentile worker saw wage erosion of 0.4 percent …”

What’s more, the pace of inequity seems to be accelerating. In his write-up of their new research, Emmanuel Saez notes that the top 1 percent saw their income nearly double between 1993 and 2000, rising 98.7 percent, while income for the rest rose by 20.3 percent. Over the last four years the top 1 percent saw their income rise by 31.4 percent, while the bottom 99 percent only saw real growth of 0.4 percent.

Wages for the American majority have stagnated. Official unemployment figures have been unusually high for an extremely long time. As Annie Lowrey reminds us in The New York Times, workforce participation is the lowest it’s been in 35 years. Long-term unemployment is still at record highs. The jobs people are getting are lower-wage service jobs. The economic value of employee benefits like health-care coverage and pension plans are being drastically reduced.

Productivity and profits have soared. But employees aren’t sharing in the spoils.

A Rich Person’s Economy doesn’t just happen. It took government action to decimate the thriving middle class of the 1960s and 1970s while directing an ever-increasing stream of wealth to the already wealthy.

Tax policy played a huge part. The Bush tax cuts contributed to the top 1 percent’s wealth accumulation since 2002, and the compromise deal reached in the last Grand Bargain preserved some of those cuts. Current tax policy coddles large corporations shamelessly. Real corporate tax rates are near their 60-year low, even though corporate profits are approaching a 60-year high.

The government also chose to let inflation gut the real value of the minimum wage. That meant minimum wage employees had less to spend to meet their expenses, which meant fewer jobs and more difficulty commanding higher earnings in the job market. Government policy has also contributed to the weakening of the union movement, weakening employees’ bargaining power.

Government policy turned our post-crisis economy into a Rich Person’s Recovery. Government efforts were largely targeted toward banks, whose earnings are primarily pocketed by the wealthy. The lack of accountability for Wall Street misconduct was interpreted (probably correctly) as license to continue their risky, wealth-accumulating behavior.

Government action was also targeted toward pumping up stock values. Since wealthy people own much more stock, that has also contributed to the increasing inequity.

Larry Summers, that much-talked-about potential appointee to head the Federal Reserve, chose in 2009 to recommend that the Obama administration put forward a smaller stimulus than was needed, when more action was needed to create jobs and growth. Austerity-minded spending cuts led to layoffs of government employees, depressing wages and weakening demand for goods and services.

Republican extremism on tax and spending issues has been a key driver of the ongoing crisis. The GOP’s latest mad move is a demand to make destructive sequestration cuts permanent in return for keeping the government open.

Creating an Economy for Everyone

What's needed to undo the damage? A saner tax policy would involve higher rates, especially for extremely high earners. Studies have shown that the top marginal tax rate could rise substantially without any negative effect on the overall economy, and that the optimal top tax rate is roughly 70 percent instead of today’s 39.6 percent. History shows that top corporate tax rates can also be increased significantly without harmful effects.

The nation still needs a major jobs program. Direct spending is needed, especially in job-creating areas such as infrastructure, education, and health care. The President’s right to emphasize job creation, as he’s done recently, but he and his party need to be far more forceful in their tone – and far more ambitious in their goals. Democrats need to return to the programs that their party was once known for.

And the lunatic fringe that now runs the Republican Party must be stopped. That task would be easier if more Democrats were willing to draw a clear distinction between parties on economic issues, and to fight for policies that address the majority’s ongoing crisis.

Richard Eskow was interviewed on this topic Wednesday for RT Television. Watch here.