Texas Governor Perry is running this ad in New York, asking businesses to move to Texas to escape taxes, regulations and the ability of citizens to sue if harmed by a corporation:

"Higher taxes. Stifling regulations. Bureaucrats telling you whether you can even drink a Big Gulp." And, "Our state is number one for business because we have no state income tax, fair and predictable regulations, and lawsuit reforms that keep trial lawyers out of your pockets so you can grow your business." 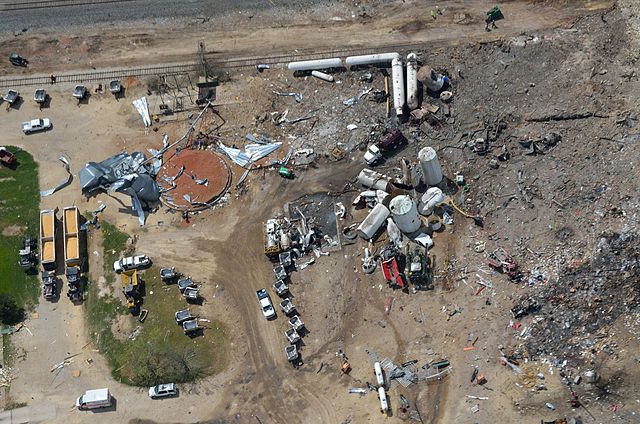 3) Lawsuit "reforms," meaning people can't go to court when a corporation does something that harms them. Companies free to scam, con, exploit, defraud, etc. with impunity.

4) Texas is also a "right-to-work" state, meaning that state policy works to suppress unions, which lowers wages and benefits and worker rights are limited. Some employers like that -- more money to the top and the workers can't do anything about how you treat them.

If a company moves from a good-paying state to a low-paying state so the owners can pocket the wage difference for themselves, what is the net result to our economy?

Hypothetical company with 500 employees, hypothetical states (not naming any names!):

Oh, add to this, everyone across the entire country feels wage pressure, as employers say "shut up or we'll move your job, too.

The Moral Of The Story

You have to look at the effect on the larger economy of these policies. Low wages don't help any economy, anywhere. Low taxes don't "create jobs" they actually kill jobs and the entire economy in a few years because defunded government can't educate people, maintain infrastructure, etc. All that these "race-to-the-bottom" policies do is make people poorer and enable exploiters to force people into humiliating desperation.

And this doesn't just apply to states. This is a picture of what happened to our country's economy when "free trade" deals opened us up to a worldwide race to the bottom.

PS When Gov. Perry ran an ad in Californa to try to poach jobs, Gov. Jerry Brown responded that the ad was "barely a fart."