How Obama Sabotaged His Own Rationale for the Chained CPI 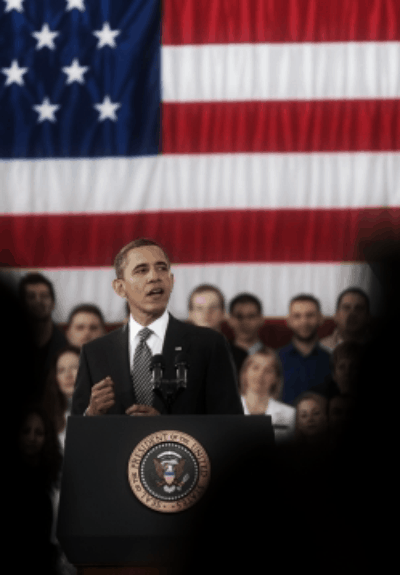 The White House is clearly struggling to save its budget’s “chained CPI” proposal in the face of powerful opposition from across the political spectrum. There's confusion surrounding their latest move, a “bump” that would slightly mitigate its effect for people who are on Social Security for a long period of time. (Reports are suggesting the boost would occur after twenty years.)

But what’s already clear is that the Administration has sabotaged its own rationale for the chained CPI.

The White House has been describing this benefit cut as nothing more than a “technical adjustment” which will make cost-of-living adjustments more accurate.  They've even adopted the phrase “superlative CPI," which seems to have originated somewhere in the Bureau of Labor and Statistics, to suggest that this is merely a correction for the excessive increases provided under the current formula.

Many smart economists disagree strongly with that assessment. Studies suggest that the current calculation is in fact inadequate, because it doesn’t factor in the goods and services Social Security recipients use more often than the overall population, like health care and public transportation, which are rising in cost more rapidly than those in the current calculations. This pre-existing shortfall makes this proposed cut especially harsh.

But the White House argument rests on their insistence that this lower formula is more accurate. So why is it now offering a “bump” for seniors who have been on Social Security for a long time? After all, they're claiming the current formula outpaces inflation, which would make it look something like this: (hastily sketched by the author)

By that logic, seniors who live well into their retirement years have been getting a freebie. The arrows shows the gap that would be created if White House officials were correct. An accurate “technical adjustment” would make the formula look like this: If the “chained CPI” accurately tracked with inflation for seniors and disabled on Social Security it would never lead to a gap in benefits: not at one year, not at ten years, not at thirty years. The amount of actual, inflation-adjusted benefit lost would be the same in all cases: zero.

So why are they offering a “bump”? There can only be one explanation: They know that the chained CPI doesn’t match inflation, and they’re trying to mitigate its impact on the very elderly in order to blunt opposition to it.

An while the Administration’s also proposing a “bump” to very low income seniors, the same fallacy applies: if the chained CPI weren’t a cut, poorer people wouldn’t need one either.

For a less-hastily-drawn illustration of the chained CPI's actual effect of Social Security recipients, here's one that tells the whole story: Any way you look at it, the President's proposal isn't a pretty picture.