A 'Buyback' for Our Future? 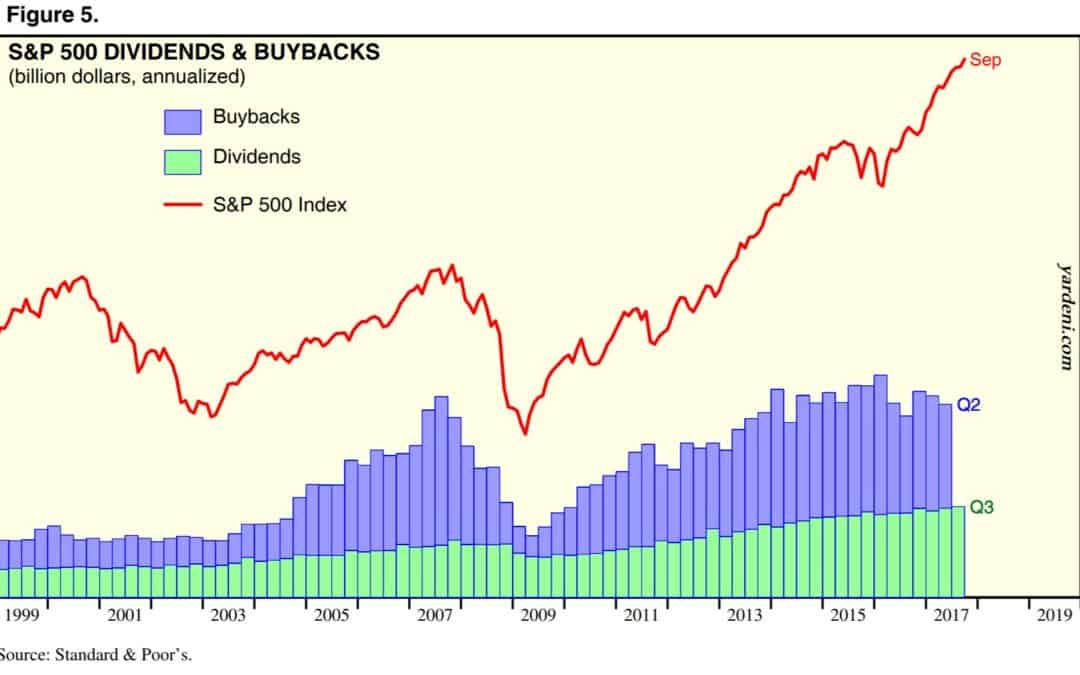 People who are trying to do good — with a Green New Deal, for instance, or Medicare for All — regularly find themselves confronting a simple and sometimes sneering gotcha question: So where’s the money coming from?

How about we start putting this same simple question to the top executives of Corporate America?

These execs are currently spending incredibly vast sums buying back their own companies’ shares of stock off the open market. In 2018, researchers at Dow Jones report, 444 of America’s top 500 firms spent dollars on stock buybacks. Lots of dollars: $806.4 billion in all, up 55 percent over the year before and up 37 percent over the previous all-time buyback annual record high.

These stock buybacks have no redeeming social value. Buybacks don’t make corporations more efficient or effective. They just make the rich richer. Buybacks reduce the volume of shares that trade, in the process upping earnings per share and share value. Who benefits from these upticks? Top corporate execs see an immediate boost. Over 80 percent of their pay comes from stock-based compensation.

The wealthy overall benefit, too. America’s top 1 percent, researchers at Goldman Sachs observed earlier this year, now own half of all the nation’s shares of stocks, with nearly 85 percent in the pockets of America’s wealthiest 10 percent.

The dollars corporate execs put in buybacks could, if invested elsewhere, help significantly share the wealth the modern American economy creates. Imagine how much brighter our future would be now if the over $5 trillion that S&P 500 corporations have spent on buybacks since 2007 had gone instead to paying higher wages or training workers in new skills or making corporate operations more eco-friendly.

And that brings us back to our original question: Where’s all the money for these buybacks coming from? Corporate America “earned” a good share of that cash the old-fashioned way — by exploiting workers, squeezing consumers, and shunting the cost of cleaning up corporate messes onto the rest of us. Corporate execs also raise multiple millions for buybacks by taking on new debt. But these execs have a plush new source of buyback cash as well: the Trump corporate tax-rate cut enacted in December 2017.

The White House promised that corporations would use their savings from this corporate tax cut to create jobs and promote prosperity. Corporations did create prosperity — via buybacks — for the people who run corporations. The rest of the economy, the latest stats seem to indicate, is sinking into a new recession.

What could we do about all this? A good starting place would be undoing the Trump corporate tax cut or keeping it in place only for corporations truly helping create prosperity for all. That would be rather simple to pull off. We could, as one example, deny corporations tax-cut dollars if they pay any of their top execs over 25 times what they pay their most typical workers.

Back in the middle of the 20th century the pay gap within most all U.S. corporate enterprises never exceeded that 25-to1 ratio. CEOs at major corporations today now average over 350 times their worker pay. In 2017, Bloomberg reports, some 32 major companies paid their top execs over 1,000 times the pay that went to their most typical workers.

Will lawmakers in the United States ever show the spine necessary to make a serious move against corporate buybacks? Earlier this year, Senators Bernie Sanders and Chuck Schumer announced plans to introduce legislation that would let corporations buy back their own shares only if they were already investing in shared prosperity, as evidenced by “things like paying all workers at least $15 an hour, providing seven days of paid sick leave, and offering decent pensions and more reliable health benefits.”

“Corporate profits should be shared with the workers who actually create them,” the Wisconsin lawmaker notes. “It’s just wrong for big corporations to pocket massive, permanent tax breaks and reward the wealth of top executives with more stock buybacks, while closing facilities and laying off workers. We need to start rewarding hard work, and not just wealth.”

In other words, let’s buy back our future.