How This Grinch Steals Democracy

Someone forgot to tell Republicans that Holidays are about giving to others, not to themselves. We saw this last year, when they queued up to give themselves a giant tax cut for Christmas. This year, the Grinch wants to steal democracy, too. 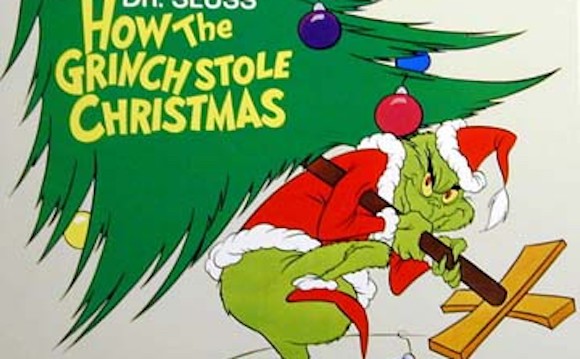 Right now, the GOP is trying to take power away from Democratic Governors and legislatures during December's lame duck sessions. They want to hold back the will of the people - because they know it’s their last chance, as the voters have already spoken.

In Wisconsin, the GOP-controlled legislature just passed bills to limit the powers of Democratic Governor-elect Tony Evers and Lieutenant Governor-elect Mandela Barnes before they take office in January. The same is happening in Michigan, where the GOP is aggressively pursuing lame-duck legislation to override a series of reforms passed by voters in November before Governor-elect Gretchen Whitmer takes office.

Evers, Barnes and Whitmer are champions that People’s Action member groups Citizen Action of Wisconsin and Michigan People’s Campaign worked hard to elect in the midterms. Now they need our help to defend these victories.

There are more than forty significant changes to Wisconsin’s state law in the 141-page package, which was drafted in secret and only presented briefly to public view before coming to a vote before the GOP-controlled legislature early this morning. These include preventing Evers from withdrawing from a multistate lawsuit against the Affordable Care Act, and curbing his authority to close the scandal-ridden Economic Development Corporation, which approved Walker’s bid to give Taiwanese electronics giant $4.5 billion in taxpayer subsidies.

Other GOP measures in Wisconsin will curb voting rights to keep a conservative majority on the state Supreme Court, and to limit the powers of the newly-elected Democratic Attorney General, Josh Kaul, to the legislature, which remains under Republican control by a sliver.

In Michigan, a raft of bills are being passed to keep the state’s minimum wage low, shield employers from a requirement to offer paid sick leave, and curb voting with more restrictive voter ID requirements. They also want to prevent Democrats from redrawing voting districts to fix years of GOP gerrymandering.

All of these measures are being enacted in a direct rebuke to voters’ explicit wishes at the ballot box: they reverse measures that were passed at the polls on November 8, in most cases by a two-to-one margin. And in Wisconsin, Evers won on a platform that explicitly included ending Walker’s opposition to the ACA, and shuttering the scandal-ridden Economic Development Agency.

The GOP shows no shame in what they’re doing. In both states, Republicans are being pretty transparent in acknowledging that they’re not seeking the fulfill will of the people, just to enshrine the political advantages they’ve come to enjoy in the eight years since the Tea Party wave swept through the Heartland.

But the people won’t be fooled. They knew what they wanted when they voted in November: real change. That’s why they voted the way they did. And with our help, that’s what they’re going to get.

It won’t be easy: Republicans have played a long game over forty years to undermine nearly every pillar of participatory democracy in this country, and they’ve been shockingly successful. It’s no surprise that they’re not eager to give up their ill-gotten gains.

But with a newly reinvigorated national movement for voting rights, led by Stacey Abrams, Eric Holder and others, it’s getting harder to get away with these kinds of shenanigans, and simply hope no one will notice in time

At People’s Action and our member groups, we’re paying attention. And just as we’ve called people into the streets to defend what’s right, we’ll do it again if voting rights are challenged in Michigan, Wisconsin, North Carolina, or anywhere else.

Movements aren’t built in a single election, and we won’t let Republicans stop us with lame-duck shenanigans. The #PeoplesWave will continue to grow, because of the support of people like you.