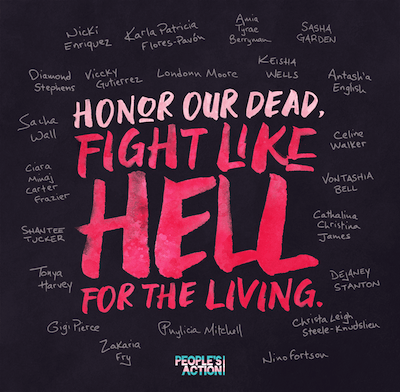 Federal judge blocks asylum ban for migrants who enter illegally from Mexico. WaPo: "A federal judge temporarily blocked the Trump administration from denying asylum to migrants who illegally cross the southern border into the United States, saying the policy likely violated federal law on asylum eligibility. In a ruling late Monday, Jon S. Tigar of the U.S. District Court in San Francisco issued a temporary nationwide restraining order barring enforcement of the policy. President Trump’s action was announced on Nov. 9, though the White House had as early as last month floated drastic changes to the way the United States affords sanctuary to people fleeing persecution in their home countries. The judge’s order remains in effect until Dec. 19, at which point the court will consider arguments for a permanent order. The administration offered no immediate comment overnight but has routinely appealed adverse decisions."

Mississippi Senate race devolves into racial melee. Politico: "Republicans hoped to spend the final days of the special election in Mississippi coronating Cindy Hyde-Smith as the first woman to represent the state in the Senate. Instead, the race has become a bare-knuckle brawl infused with ugly racial politics. Hyde-Smith’s comments about attending a public hanging and suppressing liberal votes — remarks she maintained were made in jest — have upended a contest that a week ago was seen as a mere formality for the GOP. Democrats and allied outside groups have seized on Hyde Smith’s musings to spur black voters to the polls and paint her as an embarrassment to the state. They’re trying to crack open a narrow path for Democrat Mike Espy — a Cabinet secretary under Bill Clinton who would be the first African-American to represent Mississippi in the Senate since Reconstruction — as a viable alternative. The California-based PowerPACPlus political action committee released an ad featuring images of Hyde-Smith and hanged black men in nooses. The Black Voters Matter Fund, a get-out-the-vote group, has been organizing in the state to boost Espy. The Senate Majority PAC, a pro-Democratic Senate super PAC, is pouring $500,000 into the state to help Espy. Hyde-Smith’s remarks 'created a lot of indignation among the progressive white community in Mississippi — which is a small but growing group — and it has caused a lot of indignation among African-Americans as well,' said Rickey Cole, a former chairman of the Mississippi Democratic Party. 'Our hope is that contrary to popular belief, instead of turnout going down in this runoff, that black turnout will actually go up,' added Black Voters Matter Fund co-founder Cliff Albright."

Trump administration to pull troops from border just as migrant caravan arrives — proving it was all a stunt. Alternet: "When President Donald Trump ordered the military to patrol the U.S.-Mexico border in late October, he framed it as an urgent measure to protect Americans from the Honduran migrant 'caravan' trekking through Mexico toward the United States. He called the approaching asylum seekers 'an assault in our country" and vowed that he would send "as many [troops] as necessary.' Flash forward to mid-November. On Monday, POLITICO reported that the Pentagon plans to start calling back the troops from the border — even though the caravan is only just arriving. The fact that the supposedly essential military force is heading home even before the arrival of the people they are supposed to protect us from makes very clear what critics, including former GOP Secretary of Defense Chuck Hagel, have long charged: that the entire thing was a stunt designed to make Trump look tough on the eve of the midterm elections."

White House discusses possible Trump visit to troops in Iraq or Afghanistan. WaPo: "President Trump has begun telling advisers that he may visit troops in a combat zone for the first time in his presidency, as he has come under increasing scrutiny for his treatment of military affairs and failure to visit service members deployed to Afghanistan or Iraq. Trump has spoken privately about his fears over risks to his own life, according to a former senior White House official, who has discussed the issue with the president and spoke on the condition of anonymity to speak candidly about Trump’s concerns. 'He’s never been interested in going,' the official said of Trump visiting troops in a combat zone, citing conversations with the president. 'He’s afraid of those situations. He’s afraid people want to kill him.' Pressure for Trump to make such a visit has been building for months. Eliot Cohen, a former George W. Bush administration official and Trump critic, has raised the issue regularly in public. Trump recently skipped a cemetery service marking the end of World War I in France, citing poor weather. He also did not go to Arlington National Cemetery two days later on Veterans Day, later expressing rare regret for missing the occasion. 'I should have done that,' he said in the Fox interview. Trump has sent thousands of troops to the border with Mexico in anticipation of a Central American migrant caravan in what his critics labeled a preelection stunt designed to shore up anti-immigration sentiment within his base. Mattis has described the mission as good training and necessary support for the Department of Homeland Security."