We Won't Let Them Take Away Our Right To Vote

Keith Sellars is one of twelve residents of Alamance County, North Carolina who was arrested and jailed in 2017 for the “crime” of voting, allegedly in violation of probation or parole  – even though Keith was mailed a voter registration card and cleared by poll workers. These charges were part of a concerted effort to intimidate Alamance voters by the county’s Republican District Attorney, Pat Nadolski, who is currently running to become a Superior Court Judge. 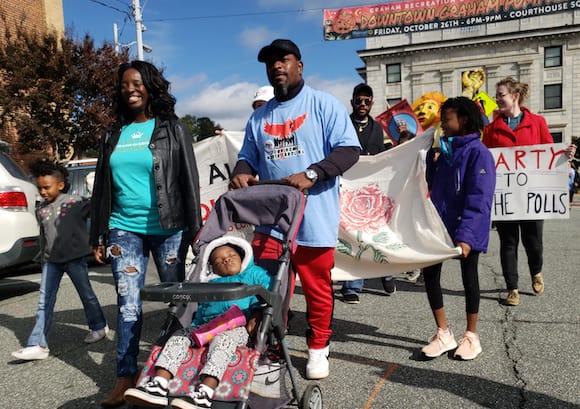 On October 27, Sellars and fifty other members of Down Home North Carolina, a grassroots advocacy group that is part of the People’s Action national network, marched  through downtown Graham, North Carolina, past the Confederate memorial and courthouse where Sellars was sentenced to cast early votes in midterm elections.

This “Party To The Polls” was a festive celebration of democracy, with barbeque, puppets and street musicians, but Sellars shared these heartfelt words before the march with those gathered to support him in his courageous choice to stand up to voter intimidation in Alamance County and across the nation. 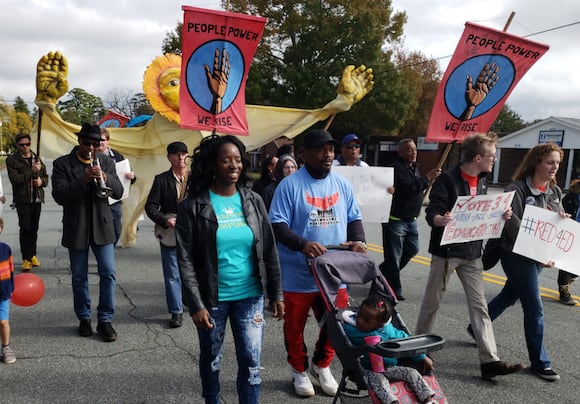 My name is Keith Sellars. I live in Haw River, North Carolina. I am the father of 4 beautiful girls and one very protective son. I was born and raised in Alamance County, North Carolina, and have called no other place home. 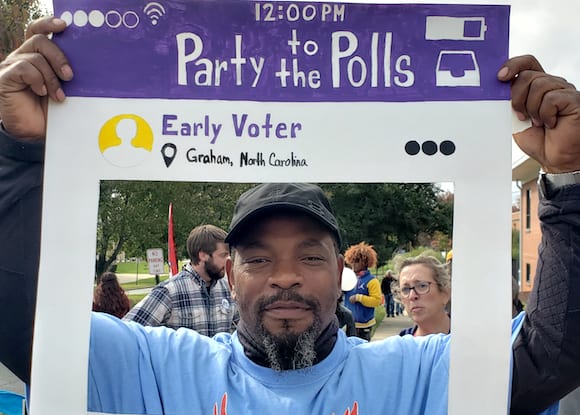 I am also one of the so-called ‘Alamance 12.” In January of 2017, I received a call to notify me that my vote would not count, because I had not yet completed my parole. I was assured that I would not be prosecuted. But that was not the case.

I, along with eleven others, were targeted and charged with felonies for doing what we were told we COULD and SHOULD do: VOTE!

I have voted many times in my life. It started back in my twenties, when I realized that I wanted to make a difference because I was not happy with the way things were - especially for young people of color like me.

But I am not going to lie. Every time I went to court, I felt demoralized and scared for what would happen to me. Thankfully, I had great lawyers from the Southern Coalition for Social Justice and the amazing support of local groups such as Down Home North Carolina and the NAACP, who packed the courtrooms every time we had to show up.

Eventually, I was able to resolve these charges and settle for a misdemeanor. While that was a relief in many ways for me and my family, I knew from the bottom of my heart that this was still wrong.

THIS WAS NEVER ABOUT PROTECTING DEMOCRACY. They wanted to intimidate us, make an example out of us and scare thousands of potential voters with court records away from ever voting again.  It’s also important to note that nine of the twelve people criminalized by Alamance County for voting are African Americans. 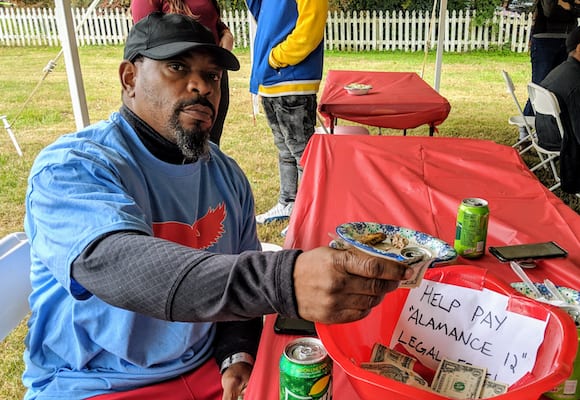 Their strategy was very effective. I know many people who will not vote this election because they saw what happened to us. To be honest, I wasn’t sure I would ever vote again.

You see, life is already very complicated for people like me. Between pulling together gigs to make ends meet, ensuring my children get picked up from school, and all the difficulties that come with being poor, being civically engaged is hard to make a priority.

But just as much as I just felt like disappearing sometimes, I knew that I couldn’t.  I knew that I had to stay here and fight back: fight for the world that my children and I deserve. 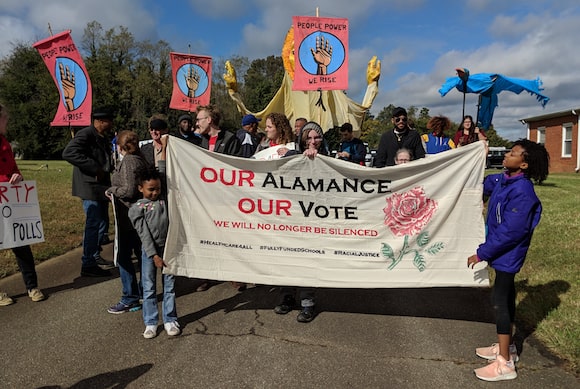 This is why I joined Down Home, and why I decided I must vote now. This is why I continue to organize, to ensure that everyone who can vote gets out there. 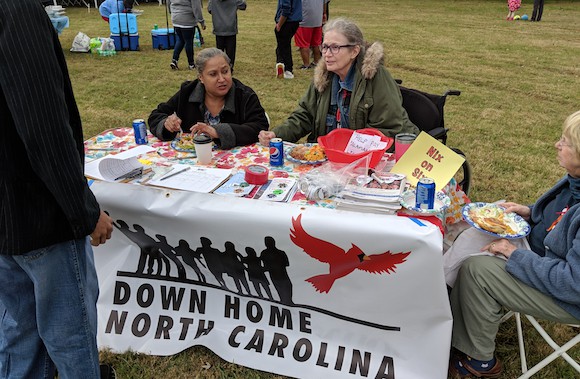 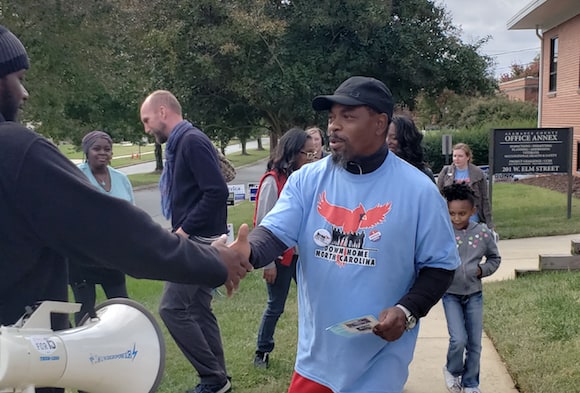 I came out to Graham because I decided to vote, and want to let people know that they are not alone.

We are the Many, and they are Few - and if we decide to stand together, to make our voices heard, no one and nothing will stop us.