Ben Jealous is the Leader of Vision Maryland Needs Now

As Maryland prepares to name a new governor on November 6, voters have a clear choice: Ben Jealous, the Democratic challenger, or Republican incumbent Larry Hogan. 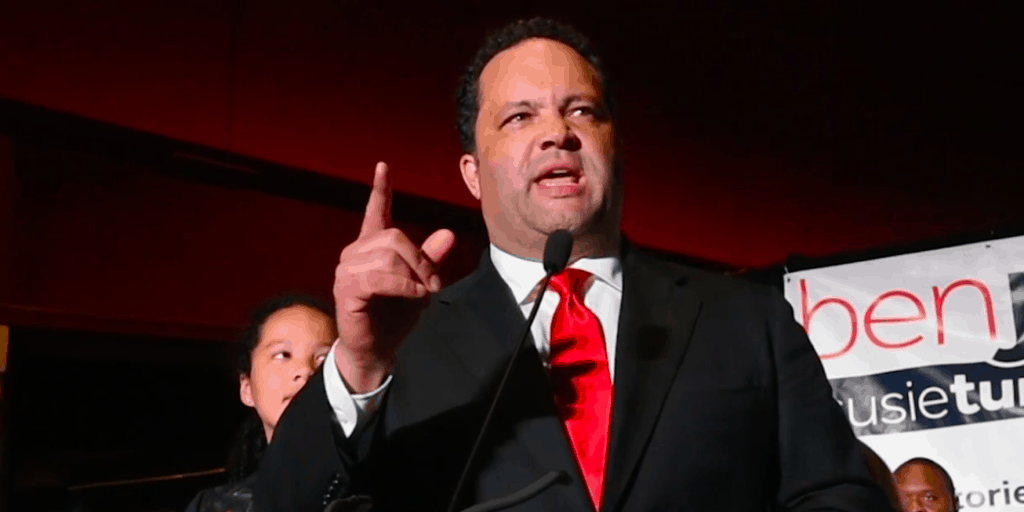 Jealous is the former Rhodes Scholar who in 2008 became the youngest-ever national leader of the NAACP at age 35. Hogan, 62, is an Arundel County property developer, son of a Congressman, who’s been a GOP insider since the 1980s, when he first attempted to win his father’s old congressional seat.

After several failed attempts to win elected office, Hogan got an appointed position in the administration of Republican governor Bob Ehrlich in 2008, which he then used as a launching pad for his own run for the governor’s office in 2014.

Jealous has put forward a platform of clear, progressive and achievable goals that include universal health care and kindergarten, debt-free college, a statewide $15 minimum wage and a 29 percent salary increase for teachers.

Ben’s done the math, and these goals are within reach: His plan includes realistic sources for the revenue these programs would need. Jealous would close corporate loopholes, increase taxes on the state’s wealthiest one percent, raise the cigarette tax and reduce spending on prisons by overhauling the criminal justice system.

Hogan’s platform, in contrast, is like much of his career: “go along to get along.” To his supporters, this makes him the last of a dying breed – a “moderate” Republican. But Marylanders know how much the state needs a change, and they also know that in the Trump era, there’s no such thing as a moderate.

Hogan’s fans include, since last week, the editors of the Washington Post, whose board just endorsed him. They praise his “middle temperament,” and call his “centrist approach to leadership” a “tonic in a venomous era.”

But the highest praise the Post can come up with for Hogan is for what he is not. By the Post’s own admission, Hogan “lacked, and continues to lack… a vision for Maryland’s future.” To them, that’s ok - as long as he keeps the wealthy residents of Maryland’s Montgomery County comfortably undertaxed.

So, to refresh the Post editors’ memory, here are a few good reasons NOT to vote for Hogan, that come straight out of his record as governor:

Hogan vetoed paid sick leave – meaning 700,000 working Marylanders have to choose between tending to a sick child and losing a day’s pay – and sometimes, a job.

He vetoed adding parents to Maryland’s State Board of Education, which would have put at least one representative on the state board with family issues in mind.

He vetoed a bill to stop the confiscation of property by police, an all-too-common practice that is often used in Maryland to bully and intimidate people in low-income communities before sentencing or exoneration.

Hogan has failed to stand up for public health and left the door open for Washington Republicans to undermine the Affordable Care Act in Maryland. He weakened restrictions on power plant pollution, which will force more children to suffer from asthma and other chronic illnesses, and stalled funding for a badly-needed new hospital center in Prince George’s County until after his hand-picked commission had cut the size of the project.

He passed new mandatory minimum sentences and vetoed a bill that would restore voting rights to citizens returning from incarceration. These were only restored after the state legislature overrode his veto.

He vetoed a bill to regulate prescription drug price gouging, was also overridden by the Assembly - and Hogan then furnished a letter questioning the law’s constitutionality, which Big Pharma lawyers used in a successful appeal of the law before the 4th Circuit Court.

He opposed a bill to expand family leave, and then once it became apparent that it would pass over his veto, he took credit for it.

Bottom line, it’s clear from this record what he is not: Larry Hogan is not a leader of vision for the people of Maryland. He’ll do favors here and cut a deal there, and take credit wherever he can - but for all of the Marylanders who need jobs, health care, a cleaner environment and criminal justice reform, he’s not your man.

Who is the leader of vision Maryland needs now? Ben Jealous.