Many Mainers, especially women newly engaged around the recent Supreme Court fight, are asking me what’s next, now that Brett Kavanaugh has been seated on the Supreme Court. My answer? Building power at the state level matters now more than ever.

We’re four weeks away from a decisive election for our state and for the country. It’s within our power to harness the resistance to Trump’s agenda, and involve a record numbers of Americans in advancing a different vision for this nation.

In 2018, building this power begins at home. For Mainers, it begins in Maine.

We can accomplish a lot for progressives in this year’s election in Maine: We have a clear path to taking back our State Senate and the Governor’s office. We can send progressive Jared Golden to Washington from our Second Congressional District, where he faces off against Trump loyalist Bruce Poliquin in a race that is a dead heat.

We also have a new state referendum on the ballot this year, Question One, which guarantees that seniors and Mainers with disabilities can get the care they need to stay in their homes, by taxing the wealthiest in our state.

With the combination of a Democrat in the governor’s office for the first time in eight years and control of the State House for the first time since 2012, we can start to deliver tangible, progressive wins for Maine families on  health care, energy and environmental policy, workers’ rights, and more. And we can send a clear message to Washington and to the nation that enough is enough.

Voter registration is starting to close in states across the country, but in Maine voters can register up to and on Election Day, November 6. We fought to defend Maine’s tradition of Election Day registration through a People’s Veto ballot campaign back in 2011, when Governor LePage and Republicans, backed by a majority in all arms of state government for the first time in decades, tried to use  phony claims of voter fraud to end same-day registration in Maine.

Republicans know that our biggest strength lies in wielding the power of the real majority of Americans who don’t agree with their agenda, and that together we have the ability to stop it - IF we vote. 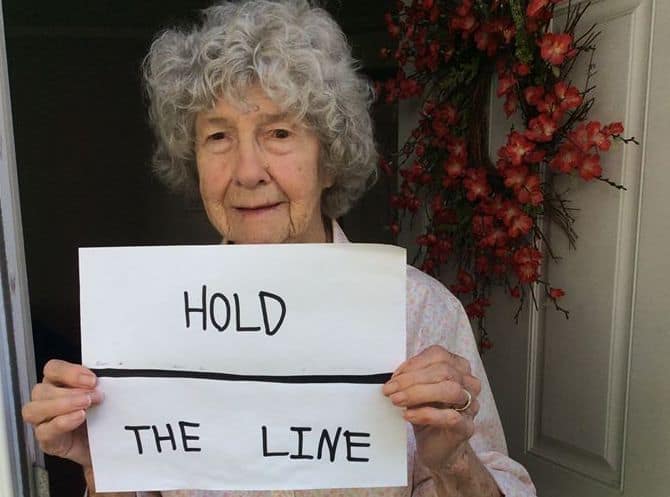 So many Mainers fought so hard to defeat Kavanaugh’s appointment the Supreme Court, which cements a far-right majority on the bench and will likely undermine the rights of women, workers and voters for decades to come. We took to the streets to protest Kavanaugh’s nomination in Maine and Washington, D.C., wrote thousands of letters to Senator Collins, and mobilized in record numbers. Maine women, at the front lines of our campaign, demanded that Susan Collins face them before voting to support Trump’s agenda and confirm a man accused of sexual assault the highest court in the land.

We didn’t convince Collins, but the biggest chance to change the course of American history is still before us.

We must redirect energy into winning elections, starting this November, and we’re working hard at doing just that. Maine Student Action members are registering and activating new voters on campuses all across our state.  Maine People’s Alliance has 50 canvassers knocking on 2,000 doors a night in swing regions, talking with voters about importance about supporting progressive candidates and how to advance our progressive agenda at the ballot box.

There is immense power in the anger (and fear) that Mainers and Americans feel about what is happening in our nation right now.

We can harness this energy, win in November, and turn the tide. IF we vote.