Kavanaugh Is A Liar: His Words Don’t ‘Ring True’ 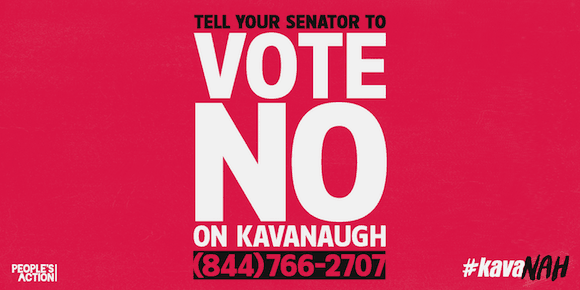 We’re all so busy these days that I can barely remember what I did yesterday. I may forget that paper I promised to send, or where I left my keys. Like all of you, I work hard, so it’s easy to get distracted.

In sharp contrast, I remember every unwanted and aggressive sexual advance ever made on me by a man. The first happened decades ago, when I was five: our handyman tried to play a new game with me in our basement. Fortunately, my mama walked in just in time.

The last happened just a few days ago, when a lewd man affronted me on a nature trail. There have been many incidents between. I know I am not alone in this.

Some of these men were strangers. Others I knew and trusted – mentors, colleagues and friends. Many I forgave – because they apologized, showed a capacity to correct, or because life is simply too short. But I remember them all.

None of these men seek a lifetime appointment to the Supreme Court, as Brett Kavanaugh now does. None challenged my integrity or my memory, as he does to the women who accuse him. I know many of you - both men and women - have equally searing recollections burned into your skins.

I believe Dr. Christine Blasey Ford, and every woman who comes forward to speak her truth. She has risked so much to save the country. I believe Dr.Ford, and everyone who bravely speaks out about sexual violence, unashamed and unafraid of the personal costs. And in the women who have yet to come forward.

That’s why it’s important, now, for all of us to stand with Dr Ford and stand together to end Kavanaugh’s nomination.

It’s not just what Kavanaugh has  done to Dr. Ford and other women – as damning as their allegations are. It’s that he “categorically and unequivocally” denies them, again and again. He refuses to admit they exist.

To me, this says Kavanaugh is a liar. A practiced one, but a liar nonetheless. This is what disqualifies him from the Supreme Court.

We know he lied repeatedly in his first testimony to the Judiciary Committee, about his role in the George W. Bush White House and about his friendship with Alex Kozinski, the Federal Judge who sexually harassed his clerks for decades.  When challenged, Kavanaugh denies. When accused, he sounds like a bully.

He claims not to know the women who accuse him.

On this and only this, I believe him. Because these women were, and are, invisible to him in his privilege. By his own admission, they were outside of his social circle and ambitions. To Kavanaugh and his elite peers, they were and still are - disposable.

Instead of evidence, he offers his own feelings of hurt - as if he is somehow being wrongfully denied his birthright. According to Kavanaugh, he is the only victim in a grand public shaming.

None of what he cites in his defense - his pedigree, his credentials - matters in comparison to what he does not say. He offers no apology to Dr. Ford or any of these brave  women. He shows resentment, not remorse. He does not speak the truth, as Dr. Ford did.

And without truth, there can be no redemption.

We don’t doubt his resumé, we doubt his veracity. Judge Kavanaugh is also no victim: the morning after his Supreme Court bid hopefully falls apart, he’ll still be a Federal Judge for life, his reward from George W. Bush for loyal service to the Far Right.

What Dr. Ford says rings true, and I stand in solidarity with her.   As for Brett Kavanaugh, I suggest he think long and hard about his mother’s advice he cited before the Senate Judicial Committee :

Judge Kavanaugh, your words ring false. You have no place on the Supreme Court. And we will stay in the streets until you also understand this to be true.

Please join People’s Action to take back our democracy .