Providing a Chance for a Better Way of Life

Paulette Jordan, candidate for governor of Idaho, speaks at the National Press Club in Washington, D.C. on April 24th, 2018. Jordan, a former member of the Coeur D'Alene Tribal Council, has served in the Idaho Legislature since 2014.

I was born and raised on the Coeur D’Alene reservation; I’ll tell you that times are hard. You know, growing up, we had very little access to health care - we didn’t have any access to the best education that anyone could provide, and of course our economy is not that great.

So the frustration for me was trying to figure out the best ways to address all these issues - because here we are, decades later, still with the same problems. Still facing the same grueling challenges. And unfortunately, we have a state that is ruled by a single party majority system.

When I left my Tribal council to run for higher office to serve my district, I served it in a very conservative part of my state. We have white supremacists in our neighborhood. And you’re looking at the Indigenous woman - the only Indigenous representative in the entire state. Very little diversity, which is unfortunate - because we need more representation at that level to represent our Hispanic community and our Native population.

So while these challenges are persisting in Idaho, for me what I see is a chance, an opportunity for us to present a new vision - and this is the vision of my elders. Because our elders have always said it’s all about humanity, at the end of the day. It’s all about how we can be better neighbors, better relatives for all of society - not just for Idaho, but for the world.

So my elders, my grandparents, they taught me this vision, this way of life: to be more compassionate, kind, caring. And what I love about this is that the people now in Idaho, whether they’re Libertarian, Democrat, Republican, Independent or unaffiliated, they’re finding a way to build in to this campaign.

Because the minute I announced, which was for all of them, they realized this was the leadership they want to see more of.

They see corporate corruption, and of course the cronyism. As we talked about before, the lady said that people are responding to the fact that lobbies are controlling our government.

I’ve served in the State House for the last two terms, four years now, and noticed how much the lobbyists control our system. It is wholly corrupt.

I’m not dripping with wealth - I serve as a national business leader, community leader, I come from very deep roots in both agriculture and ranching heritage, and the fact that I stem from this rural area, representing a very broad base of people in our state, because most of Idaho is very rural.

The challenge has been being that voice for all of them. Because when you go the State House, all you hear is the wealthy few, who have all the power, determining all the laws, determining our future. And telling the way our system needs to be for all of our future generations.

I have two sons, and all I think about is, “Why would I want my two sons inheriting all this corruption?” Of course they plague our society, pollute our environment. And every time we see this, day in and day out, as a mother it is my responsibility to stand up and take this challenge.

So I’m wholly honored, but I’m humbled by the fact that people are building into this progressive movement, that we’re building in Idaho. 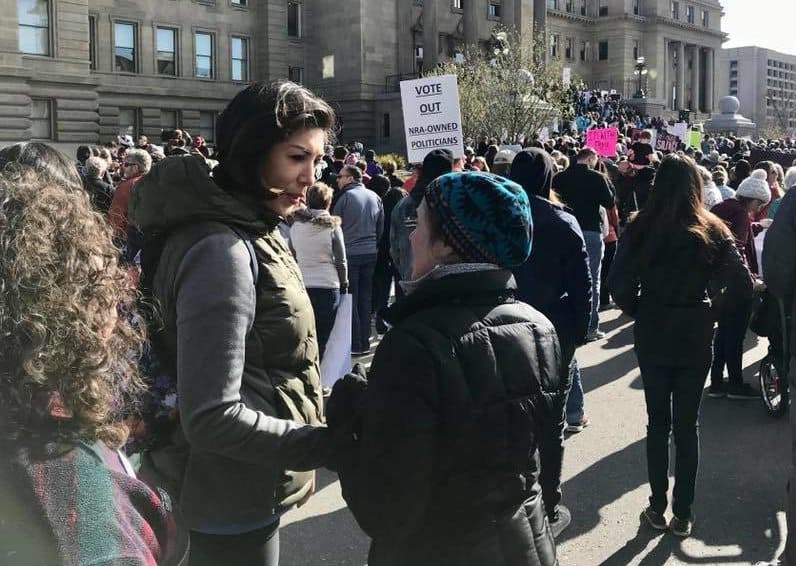 Because they’re not looking at me as an Indigenous woman, the first to make history in our state, but they’re seeing me as a leader, someone with a bold new vision, with innovative solutions. And providing a chance - a better way of life.

Because they know that I’m not one that comes up with a political ploy, trying to buy anyone’s vote or support; we’re earning it. Because we’re paying respect to all of our constituencies. We’re listening, we’re building up community from the ground up, and we’re building up our next generation at the same time. Because while we’re leaders here and now, we have to look to our young people.

So I implore all of you to really talk to our younger folks, because they’re already stepping up. And I remind them that you are not the leaders of tomorrow – you’re the leaders of today, so step with us. Right now, they’re building it into the campaign.

One, I’m proud as a mother, because I know that these younger generations, they have it right. They are some smart individuals: they are so incredible, they inspire me every day. So when I hear their stories, that keeps me going, especially when times get hard. 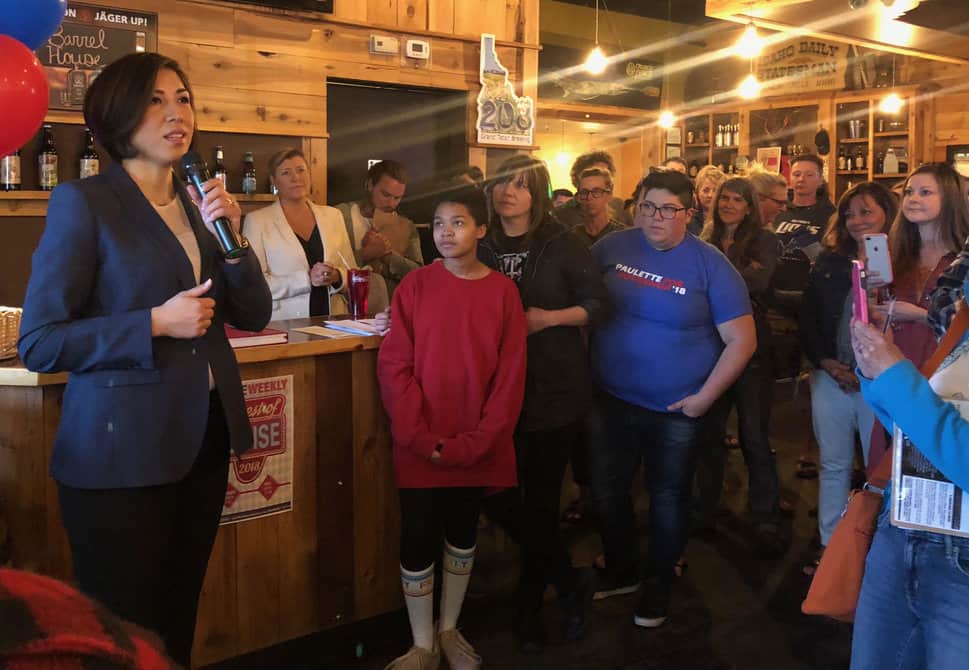 You know, often times, we’re breaking barriers. Someone told me that “you’re the first woman to run in Idaho for governor.” And while we have been one of the earlier Progressive states to allow women the right to vote, we still have never had a woman Governor in our state. And the fact that we are such a minority in representation in that base, in the State House, is still an issue.

We are attacked daily – whether it’s women’s reproductive health care rights, or whether it’s the right for people of color to have a voice in the State House, Tribal communities and the Hispanic population, we are going after them and we’re sending our immigrant population to Mexico. We’re shipping them South; yet, we’re going to employ them and take advantage of them, as slave laborers.

We are a “right to work” state. In fact, in 1986, when this was on the ballot, people thought this was going to protect our employees and our workers, yet they were fooled. And now I’m here, bringing a voice to say we will no longer be fooled – ever again.

So my brother here, Rafael, he got it right. It is all about the people; this is our movement. And what I love about this, this true grassroots way, is that no one can buy us. And while they say money can buy people, money cannot buy freedom.

My grandfather, a World War II veteran, has always said that when government is not representing the people, then government has failed all of us.

So this is our time: so, relatives, let’s move forward together.

So as a momma, too, from rural north Idaho, I really want to thank you all for continuing with us, because this progressive movement is not only the most powerful, but is the way forward for us to take back not only our country, but our states, state by state.