The GOP Tax Cuts Are Bad Champagne for Small Business

Mere hours before Congress went into recess last December, Republicans and the high-rollers who bankroll them were popping champagne. Without a single vote from Democrats, they’d finally accomplished with taxes what they failed to do with healthcare: a legislative win, passed under the cover of House rules that let them avoid a vote. 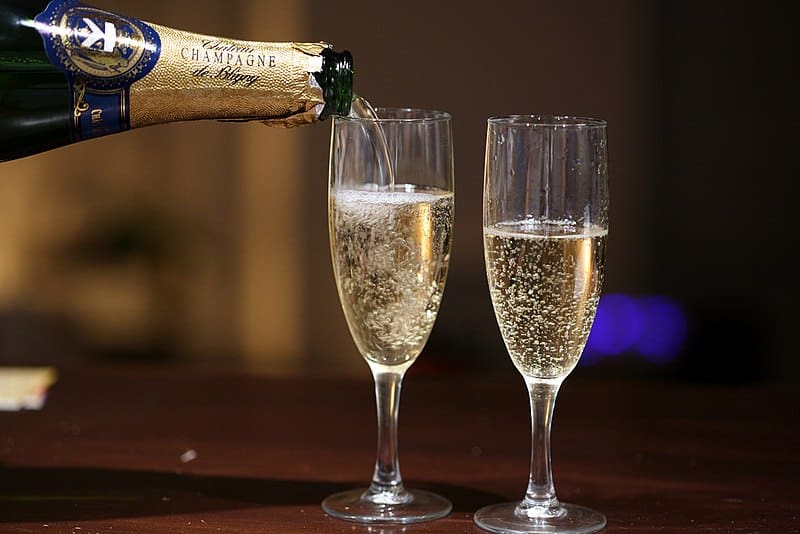 That bill, the Tax Cuts and Jobs Act (TCJA), gives away $1.5 trillion to those who need it least - the nation’s wealthiest individuals and corporations, which received a dramatic and permanent cut to their tax rate from 35 to 21 percent.

High-rollers like the billionaire brothers Charles and David Koch get the biggest slice of this pie: the Kochs alone will save more than $1 billion every year thanks to this package, which they in turn share with their pals in Washington.

And as much as $800 billion of this windfall, which Treasury Secretary Mnuchin now calls “excess capital,” is being returned to shareholders, not workers.

Champagne all around, boys!

As they take their victory lap, Republican lawmakers still insist Main Street benefits most from these cuts, even as the evidence mounts that big business is taking home the kitty.

Speaker of the House Paul Ryan, for instance has gushed about all that a Lancaster, PA school secretary can do with her $1.50-a-week pay raise.

But Main Street workers and business owners will not be fooled. Hardworking families know that in coming years, if nothing is done, they will bear the burden as this law redistributes wealth upwards, long after the stock buybacks and one-time bonuses are gone.

The View From Main Street

To find out what the real effects of these tax cuts will be on Main Street, we reached out to nearly 1,800 small business owners across the country. We’ve published what they told us in a new report.

What these hardworking folks – who create the vast majority of jobs in this country – say they need is not tax cuts for the few, but conditions that will create and support growing consumer demand. These include high-quality, stable and affordable healthcare and spending on infrastructure to create a virtuous cycle in local economies.

“When people in my neighborhood don’t have enough to keep up with the basics – like paying bills, purchasing food and school supplies, and making car repairs – then they definitely aren’t calling us to cater a party,” said David Borris, co-owner of Hel’s Kitchen, a catering service he’s run in Chicago for more than thirty years.

As the experience of states like Kansas proves, tax cuts starve, rather than sustain, local economies. Small businesses want the kind of strong public investment that spurs local development, closing corporate loopholes and penalizing those who offshore jobs.

One thing nearly every small business owner we spoke to told us they want is affordable healthcare: for themselves, and their employees. Under the TCJA, health insurance premiums will increase by an average of 10 percent, 13 million Americans will lose access to healthcare altogether.

“With rapid and unpredictable healthcare cost increases, it makes it really hard to operate my shop,”says Dorothea von Moltke, co-owner of Labyrinth Books in Princeton, NJ. “Just this year, we’ve had a 20 percent increase in employee healthcare costs.”

A second priority is investment in infrastructure and education. Crumbling and outdated infrastructure increases transportation costs, and the lack of broadband internet in many rural communities hampers business.

“Above all else, small businesses need more customers. And that requires a government that invests in our communities and local economies to boost the standard of living for everyone. The Republican tax plan doesn’t do that in any way,” says Alan Haghighi, co-owner of FruitCraft in San Diego, California.

“Oregon kids aren’t getting the education they deserve because our education system is vastly underfunded,” says Rob Cohen, owner of Falling Sky Brewing in Eugene. “Cutting taxes even further for big corporations will only deepen Oregon’s deficit and education crisis, making it harder for small businesses like mine to find qualified employees.”

The TCJA enables multinational corporations to receive a lower tax rate on foreign profits. Multinationals only have to pay an effective tax rate between zero and 10.5 percent on their offshore earnings, with the rate decreasing as their offshore operations increase.

This is deeply unfair to small businesses, and it incentivizes multinational companies to artificially shift profits offshore, or actually shift investments and jobs offshore to take advantage of a lower tax rate.

Real tax reform would require multinational companies to pay the same tax rate on their foreign earnings as they do on their domestic earnings, ensuring they abide by the same rules as domestic and small businesses.

Small business owners are problem solvers by necessity. The success of their businesses often depends on their ability to navigate the inevitable ups and downs in the economy. Even the most creative entrepreneur, however, is not equipped to withstand large-scale policy changes that stack the deck against them.

If lawmakers are the champions of small business they claim to be, they must ensure that our tax code prioritizes strong public investment over corporate profits. Small businesses to have a better shot at competing with large corporations with innumerable advantages, loopholes that enable tax evasion and incentivize offshoring have to be eliminated.

If Congress really wants to solve - rather than create - problems for small businesses, it knows what to do. We already know where the current crop of lawmakers stand on this mess - they created it!

But maybe, with our help, the next Congress will be up to the task of supporting small business, the real engine of growth in our economy.