Protect the Workers Who Save Our Lives

Working in a hospital, nursing home or ambulance is dangerous. Sometimes fatally so. It’s not so much that a worker might catch a communicable disease, although that happens. The real danger comes from violent patients, volatile family members and sometimes even vengeful co-workers.

Last June, Dr. Henry Bellow, 45, a New York City physician who had been forced to resign, returned to the facility with an assault rifle and opened fire, killing a doctor and injuring five other health care workers and a patient.

A month later, after Indiana physician Todd Graham refused to prescribe opioids to a female patient, her husband laid in wait for the doctor and shot him to death in a medical center parking lot.

These slain health care workers were honored on Workers Memorial Day, which is Saturday, April 28. We should honor the dead, as labor activist Mother Jones (that is, Mary Harris Jones) instructed. But Mother Jones followed that directive with the admonition that we also “fight like hell for the living.”

In the case of health care workers, who are more likely to suffer violence on that job than those in any other profession, we must fight like hell for a federal safety standard to ensure that more of them return home after a day’s work without broken bones, bruises, bite marks or gunshot wounds.

The union that I lead, the United Steelworkers (USW), represents 50,000 healthcare workers including doctors, pharmacists, paramedics, registered nurses, and nurses aides, and we are pressuring Congress and the Occupational Safety and Health Administration (OSHA) to improve on standards already enacted by states like New York and California.

We do that with both damning statistics and dreadful stories. OSHA’s records show that the highest number of violent incidents at work occur in nursing and residential care facilities followed by hospitals. Together, those two categories account for nearly three times as many incidents as the next two employer groups combined. The most likely perpetrator of violence in any workplace is a patient. Not an infuriated boss or disgruntled co-worker or aggrieved customer. A patient.

A member of the USW, John Bryan, who is a certified nursing assistant working for the Kaiser-Permanente hospital system in California, told his story to federal officials at a hearing last year on health care safety standards in Washington, D.C. 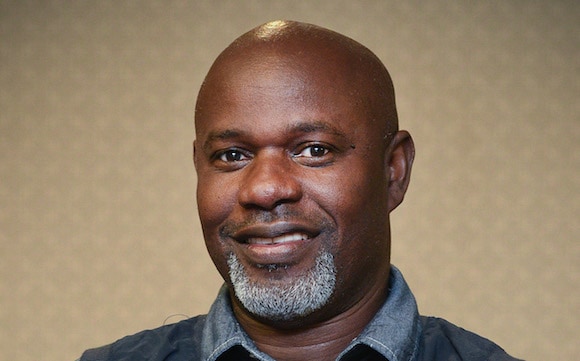 Bryan was helping a patient in his early 60s get to the bathroom. When Bryan reached across the patient’s bed, the man suddenly kicked him, knocking him to the floor. Bryan fell on his elbow, fracturing it.

Later when hospital officials asked the patient why he kicked Bryan, it was clear that the man was confused and disoriented. He thought he was in his own home and kept asking where his wife was. He told the hospital officials that when a black guy leaned over him, he had to defend himself.

Arm in sling, Bryan was out of work for several weeks. When he returned, he still had to undergo painful physical therapy for another month so that he could regain full use of his arm.

Earlier in his career, Bryan, who has worked as a certified nursing assistant for 25 years, helped rescue a nurse who was being choked by a patient. That patient yelled racial slurs at the African-American nurse before climbing out of the bed and grabbing her by the neck. Bryan heard the commotion and pulled the guy off the nurse, allowing her to escape the room.

The worst case Bryan recalls occurred in a Los Angeles hospital. A doctor there told a patient that he had cancer. The patient left, got a gun, returned to the physician’s office and shot and wounded the doctor.

In May last year, a county jail inmate who had been taken to a Geneva, Ill., hospital by two officers grabbed a handgun from one guard, then took two nurses hostage and beat and raped one. When police shot and killed him, they also wounded the already-injured nurse.

A couple of weeks after that, across the country in Massachusetts, Elise Wilson, a 40-year veteran nurse, was attacked by a knife-wielding patient in the emergency room and barely survived. A 24-year-old man, who would later be diagnosed with paranoid schizophrenia, punched her in the face, then stabbed her in the neck and arm 11 times. Her screams alerted a security officer who stopped the assault. She spent two weeks in intensive care. 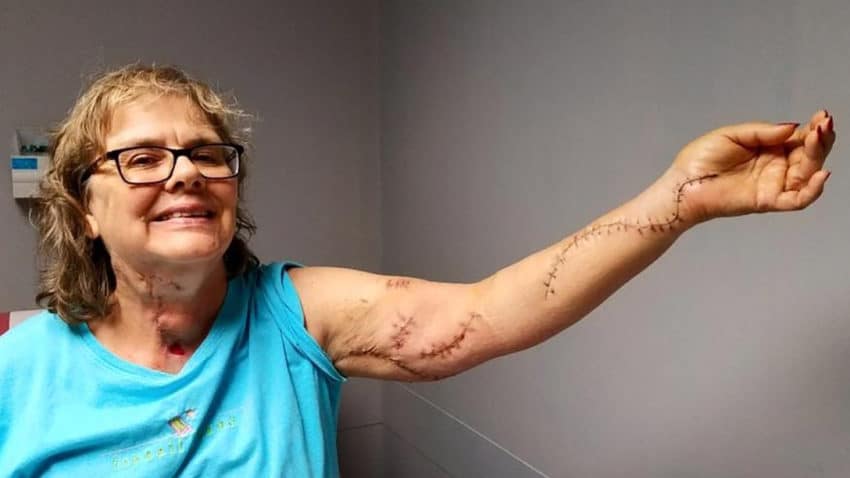 Too often, nurses view abuse as just part of the job. A patient spits on them, kicks them, punches them or a family member berates or shoves them, and health care workers just take it. Bryan said he was not angry at the patient who kicked him. Geraldine Stella, a member of the USW who is an occupational safety and health specialist, explains it this way, “Health care workers are, generally, selfless. It is ingrained in them to put patients’ needs ahead of their own. ”

Stella cites as an example a New York psychiatric nurse who had been so badly beaten by a patient that the bones in both of her eye sockets were broken. Stella told the nurse that she should have no contact with the patient when she returned to work. The nurse protested, saying, “But I can help her.”

Stella, who works for the New York State Public Employees Federation, tells health care workers at training sessions that they must look out for their own safety as well as that of patients. She will deliver that message this week at the USW Health Care Workers Conference in Kentucky.

She will also teach the health care workers risk assessment skills. Although it might seem impossible to reduce risks posed by violent criminals, psychotic patients or dementia sufferers, some changes in equipment and architecture can help. Health care facilities can give every worker a portable panic button, like those “I’ve fallen and can’t get up” devices advertised on television, so workers can summon help easily.

Loose equipment, such as IV poles and water jugs, can be made stationary, preventing use as a bludgeon. Time can be set aside so that one shift can report to the next patients’ hostile or unusual behavior. Hospitals can forbid workers to deal with dangerous patients alone.

After the knife attack in Massachusetts, Elise Wilson’s hospital installed metal detectors. Within the span of just a couple of weeks, guards confiscated nearly a dozen knives.

At Bryan’s hospital, patients with a history of violent or disruptive behavior receive a color-coded wrist band and their beds are covered with color-coded blankets. The blankets go with patients when they are moved for x-rays or other tests.

Bryan serves on his hospital’s safe patient handling team, which includes both management and workers as members and works to ensure that the hospital has the proper lifting equipment and training so that both worker and patient are safe.

In years past, Bryan said Kaiser had safety observations, but those were not as effective as the current safety conversations. In those, labor and management discuss incidents and how to prevent injuries.

But national standards are essential to protect health care and social service workers, not just at enlightened facilities, but across the country.