We Can Reclaim Democracy, One Heart at a Time

The revolution may not be televised, but in 2018, the resistance is being electoralized. This comes not a minute too soon: elections have already begun, with precinct caucuses in Iowa, special elections across the country and six months of rolling primaries starting in March.

We have to turn our resistance into electoral action quickly, and to the scale of the problems we face. 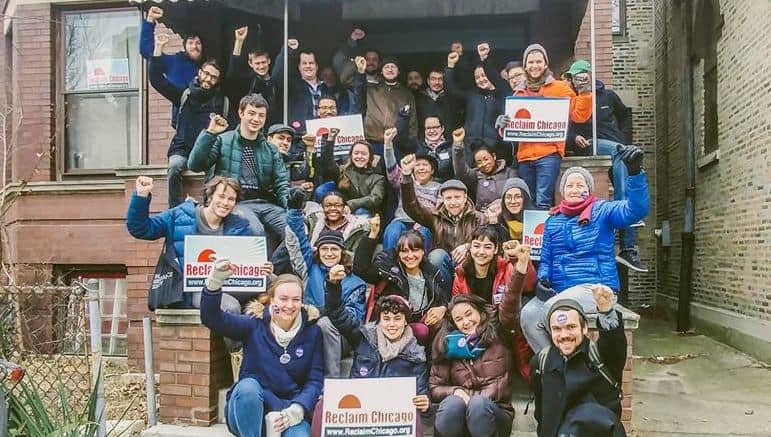 Hundreds of People’s Action members are going door to door nationwide on Saturday, February 24th, to do our part. We will hit the streets every month between now and November as part of a snowballing “From Protest to Power” canvass by volunteers to move hearts and minds through deep conversations with hundreds of thousands of voters.

We will field over 20,000 volunteers between now and Election Day to register voters, raise awareness about key issues – such as mass incarceration and restoring the right to vote - and to support people’s movement candidates who endorse our Protest to Power Platform to advance racial, economic and gender justice.

“From Protest to Power” builds on three big ideas from the People’s Action Movement Politics Program, which trains community leaders from our affiliates in thirty states to take on local issues.

First, elections need to be fair and free from the big-money interests that all too often select candidates and drive their campaigns. Our country’s legacy of structural racism, patriarchy, and predatory capitalism must be replaced with new pillars that support people and planet over profits and polluters.

Without structural changes, even when it feels like we are winning, poor and working people will continue to lose, across race and place. The power to make the rules matters.

Second, If we want to go toe to toe with deep-pocketed zealots of the Far Right like the Koch brothers and Sheldon Adelson, we must tap into the energy of our movements and ask people to get out and talk with one another. We are not going to make bold change without getting to know our neighbors.

Mass volunteerism is what gives people’s organizations the power to make change at the scale of the problems we face. To put it bluntly, this means you, I and everyone else who reads this is either out knocking on doors or sitting back to watch Trump and the Far Right win again.

Third, we must crack the code of “movement governing.” As more and more everyday people with true progressive values run for office and win, our prospect of governing from a bold, people-centered agenda increasingly becomes a reality.

Movement governing means a complete rethink of how progressive elected officials staff and govern, the relationships they have with people’s organizations, and creating pathways so they can interact on an ongoing basis with the base that elected them.

In our first monthly canvass in January, we organized twenty-six initiatives with 239 grassroots volunteers in states from Iowa and Illinois to Maryland and California. They held well over a thousand conversations with voters about the issues in their states and what is responsible for the painful conditions in their lives.

We heard a lot about how local politics and issues connect to big structural problems. We listened to people’s struggles to find stable and affordable housing, how money bail throws families into painful separation, and about people’s aspirations for meaningful and fulfilling work that can support their families.

In Las Vegas, members of the Progressive Leadership Alliance of Nevada went door to door to talk with neighbors about how mass incarceration affects communities, and how upcoming elections are an opportunity to dramatically change incarceration policies in their city and state. In California, members of San Francisco Rising, the Chinese Progressive Association and Student Action joined forces to gather signatures to put California College For All, an initiative to make public colleges free for all state residents, on the ballot in November. 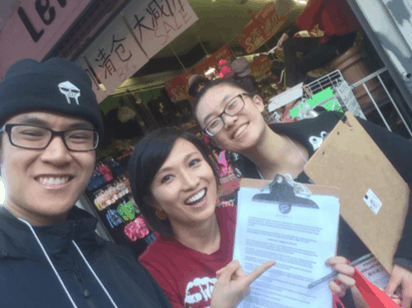 We plan to double the number of volunteer canvassers in each of the next three months, and field a team of more than 20,000 volunteers by November.

Remember: we are the change we’ve been waiting for. And if we want to reclaim our democracy, it’s up to us to do it – one heart, one mind, and one vote at a time.