Making Every Vote Count in Alabama and Beyond

There’s a lot at stake in Alabama right now; every vote counts. That’s why we’ve been going door to door to let folks know they have the right to vote, and get them out to the polls.

In Alabama, more than a quarter of a million people have been disenfranchised because of felony convictions. Most of them – over 200,000 - have the right to vote, they just don’t know it yet. That's why we're working to get the word out. 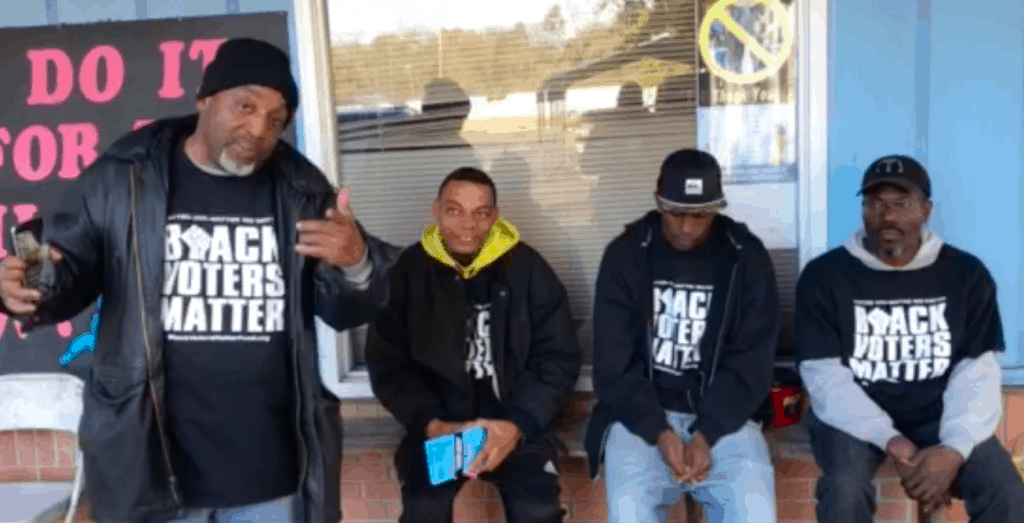 How do I know this? I’m formerly incarcerated myself. After fourteen years behind bars, I had to fight to get my own right to vote back. When I did, I was so proud I wore my voter registration card around my neck. ‘They can call me a felon,’ I said, ‘but now they’re also gonna call me a voter just like everyone else.’”

I discovered that many felons should still have the right to vote, no matter what they’ve been told. So in 2003, I started going inside the jails to register people to vote, then started the Let My People Vote campaign to reach out to formerly incarcerated people as well.

We’ve registered tens of thousands so far, and we won’t stop. After this election, there’s 2018 and then 2020, when everyone comes up for a vote, and we’re ready.

Alabama’s 1901 Constitution states felons can only be disenfranchised for “moral turpitude.” For years, this clause was used to keep the formerly incarcerated away from the polls, and unaware that they still had the right to vote. In 2008, I took the state to court to clearly define this, and won.

In May of this year, our governor signed the Definition of Moral Turpitude Act, which lays out the small number of violent crimes that can bar you from the polls. That opened the door for more than 200,000 people to regain their voting rights.

There’s been backlash, especially from Judge Roy Moore, who’s called me all kinds of names. But what that has done is really excite more people, and give them the information and knowledge that they could really vote. It really gave people the incentive to get out there and vote and engage in the voting process.

For the first time in our history, you have a Republican party that’s shown some kind of fear or concern. It let people know, ‘If my vote don’t count, if I’m not going to be counted, if my voice ain’t heard, then why are they so worried?’”

When I go in to prisons to register felons, I register white and Black, Republicans and Democrats. Why? Because every vote matters. But Roy Moore is upset that we’re following the letter of the law, letting folks know they have the right to vote.

And you’re going to go against the Moral Turpitude Act? Roy Moore is the walking, talking definition of moral turpitude. There it is. Need I say more?

The bottom line is every vote counts. That's why we've come together with forty organizations in eleven states as part of The Southern Movement Alliance, all united around a simple idea: We All Count.

Groups from all over – LGBTQ, womens’ groups, immigrants’ rights groups, have come to help Alabamans retake their right to vote. This is a movement; we’re here to unite. We’re not going to compete, we’re going to complete each other. They’re going to let our people vote, or we’re going to take our vote back. We’re bringing all of these groups together, for this particular election and the elections to come.

Today, we’re getting Souls to the Polls, and we’re having a Fish Fry and a barbeque at the polls, so people can come eat, when they come vote. And tomorrow, we’ll get up and register more voters, together.