Help the Women of Walmart Today

My mom died without me by her side because my boss at Walmart wouldn’t let me leave work.

In 2015, my mom had a stroke, so I upended my life in North Carolina, and moved to Texas with my son to take care of her. When I found a new job, I explained I was there to look after my dying mom, so I would need a flexible schedule to take care of her. 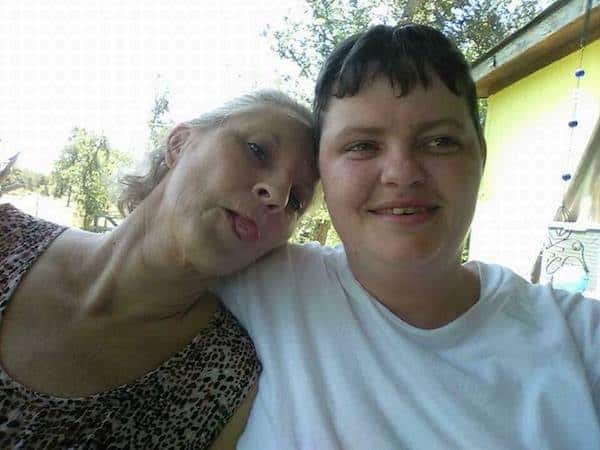 Tiffaney Meredith and her mom in Texas

Walmart supervisors ignored my requests time and again, and when I got the call that she was about to die, my boss told me I’d be fired if I left.

So she died without me there, as I listened on the phone and cried.

My story isn’t unique: you can walk into any Walmart store and hear stories just like mine. Being a Walmart worker means being expected to put up with poverty pay, inflexible schedules, and disrespect from bosses.

For the majority of store associates like me, the regular folks who stack the shelves and work the registers, working at Walmart often means being punished when we need to be there for our families. I wasn’t allowed to leave work to be with my mom when she died, and I know of other Walmart workers who can tell similar stories. One Walmart associate I know had to go back to work with week old newborn at home, only to find her hours and pay got slashed when she had a baby.

But even if you already know how badly Walmart treats workers like me, you might be still be shopping at Walmart without even realizing it.

Bad Behavior By Any Name

Earlier this year, to try and win over the kind of customers you don’t often see in big-box stores, Walmart bought several online brands including ModCloth, Moosejaw, and Bonobos.

Walmart is trying hard to sell more online to compete with Amazon, but they’re having a hard time. I think it’s because too many people know about Walmart mistreat workers.

That’s why Walmart has kept pretty quiet about taking over these brands. If you go to the ModCloth website, for example, they tell you all about how the site was started by high school sweethearts in their college dorm, but they never mention that ModCloth is in fact part of Walmart.

What you do find is a lot of talk about women’s empowerment, and they make a point of featuring plus-size models in their photos. ModCloth definitely wants you to think that they’re a women-friendly company.

But how can you be women-friendly when you’re owned by a company like Walmart that treats women workers like me so badly?

On Cyber Monday, I joined other Walmart workers to launch our #ByeModCloth campaign. We’ve collected signatures from 100,000 former ModCloth customers and allies who aren’t falling for Walmart’s tricks.

Ours is a message Walmart won’t be able to ignore, and it’s not too late for you to add your name. I’m a member of OUR Walmart, a community of Walmart associates, and together we’ve talked to hundreds of former ModCloth customers about what it’s like to work at Walmart.

Most of these shoppers had no idea the company had been bought by Walmart. When we told them, they were outraged and promised to stop shopping there.

One even told us finding out Walmart owns ModCloth was “adult feminist version of finding out Santa Claus isn’t real.”

That’s why ModCloth’s talk of being great for women is just that - all talk. ModCloth is owned by Walmart, and Walmart’s policies of low pay, unfair schedules, and no paid leave are hurting hundreds of thousands of women like me.

Help the Women of Walmart

It’s a disgrace, but the sad truth is that Walmart doesn’t listen to workers like me. They chew us up and spit us out, and never treat the work we do for them with respect. But they do listen to their customers, especially the customers of the new online brands they’re pinning their hopes on. That means if you’re a ModCloth customer, then Walmart is listening to you, and Walmart workers need you to use your voice.

So here’s what I’m asking every one of you to do: keep your eyes open, and know where your money goes. If you’re a customer of ModCloth, now you know that you were shopping at Walmart, and you can help us now.

If you think workers shouldn’t be treated the way I was treated, sign our #ByeModCloth pledge. And if anyone from their customer service team asks you why, tell them that the women of Walmart sent you.