Why Democrats Should Unite On A Charter School Moratorium

Democrats know that success for their party relies on bringing labor and civil rights advocates together on key issues.

Faced with disastrous Donald Trump, labor and civil rights advocates are rallying in common cause behind health care for all, a living wage for every worker, a tax system where the wealthy pay their fair share, tuition-free college, and an end to senseless, never-ending wars.

Here's another rallying point labor and civil rights agree on: A moratorium on charter schools. 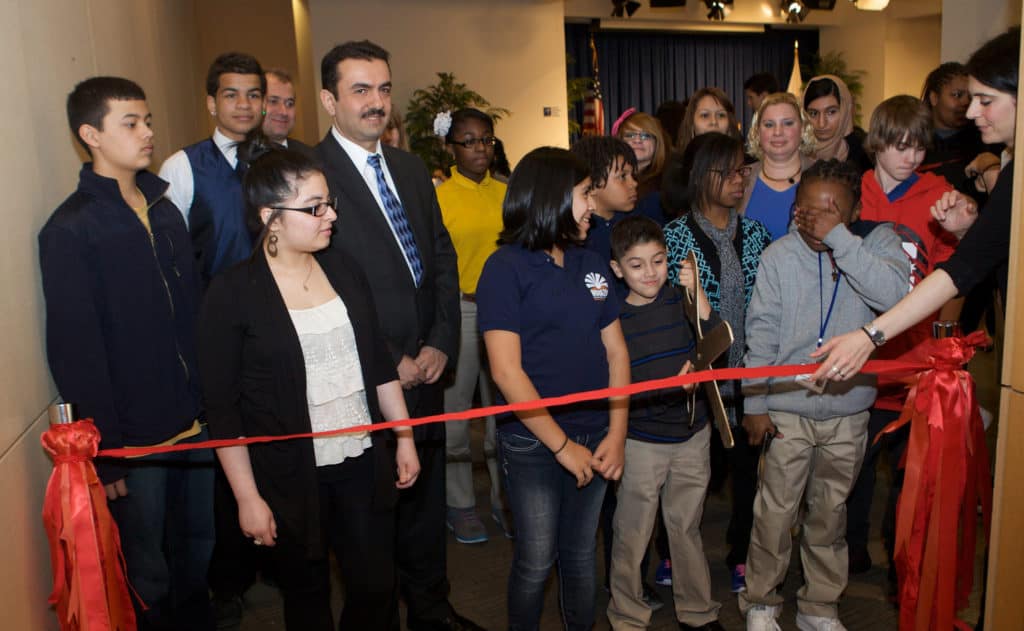 This week, the nation's largest labor union, the National Education Association, broke from its cautious regard of charter schools to pass a new policy statement that declares charter schools are a "failed experiment" that has led to a "separate and unequal" sector of schools that are not subject to the same "safeguards and standards" of public schools.

To limit the further expansion of these schools, the NEA wants a moratorium on new charters that aren't subject to democratic governance and aren't supportive of the common good in local communities.

The NEA's action echoes a resolution passed earlier this year by the national NAACP calling for a moratorium on the expansion of charters and for stronger oversight of these schools. These declarations also align with a policy statement issued last year by the Movement for Black Lives, a network Black Lives Matter organizers, calling for a moratorium on charter schools.

Now that labor and civil rights groups have come together in a unified call for a moratorium on these unregulated, privately-operated schools, prominent leaders in the Democratic party can champion this issue knowing they have a grassroots constituency that supports them.

Democrats in states where charters have been the most controversial – such as Ohio, Michigan, Pennsylvania, and California – should be especially interested in leading on this issue for a number of reasons.

A Shared Concern For Basic Rights

In their calls for a charter school moratorium, NEA, NAACP, and the Movement for Black Lives express a basic concern that these privately-operated schools are not subject to the same legal constraints as other public institutions, including federal and state laws and protections for students with disabilities, minorities, and school employees.

The statements share a belief that charter schools have become counter-productive to a school system intent on serving the needs and interests of all students, and they argue that charters are reversing the progress achieved by civil rights milestones like the Brown v. Board of Education Supreme Court decision.

All three organizations maintain that charter schools, as currently conceived, undermine local public schools, particularly those that are in communities that are already marginalized by racial prejudice and economic inequities. These organizations insist that charters must not be financially supported at the expense of local schools.

Each statement shares the concern that charter schools are not subject to the same transparency and accountability standards as public schools, and they argue that making charters subject to a democratically elected local authority is the way to bring these schools back in line with responsible governance.

In a press release announcing its new charter school policy, the NEA declares that charter schools have evolved far from their original intent to serve local communities as "incubators of innovation" and have instead become a force undermining local schools "without producing any overall increase in student learning and growth."

The original vision of charter schools as laboratory schools, where teachers would have a stronger voice, has evolved to a more politically conservative vision that views charters as competitors of public schools in a market where only the schools with greater advantages can survive.

A cornerstone of this free market version of charters is that their governance and accountability should be diffused into a morass of appointed bureaucrats and unaccountable entrepreneurs.

Currently, most states have no limits on the growth of charter schools regardless of local circumstances and regardless of whether there is a demonstrated need for the school

Often, charter schools have multiple authorizers that can overrule decisions made by local authorities on creating, closing, or renewing charter schools. These schools are most often operated by completely autonomous boards, frequently handpicked by the schools' operators, that ask for and receive exemptions to local safeguards required for public schools. And families with children in charters are subject to the whims of the school operators who can make decisions with impunity, push out students they deem too difficult to teach, and close up shop when the circumstances suit them.

NEA calls for charter schools to be authorized and held accountable by local school boards, rather than distant boards or multiple administrative bodies, and NEA insists charters should be required to demonstrate a unique benefit to the local public school system, while operating with the same "basic safeguards" other public schools have to comply with.

Advocates for the charter school industry are likely to say a moratorium on new charters would be unfair to parents who want the privilege of choosing these schools.

However, no one is talking about shutting down existing charters, and no one is calling for ending new charter start-ups in perpetuity.

Further, arguing that charters are needed to serve certain parents who are inclined to choose these schools actually confirms what the NEA and other charter critics are contending – that these schools have become a special interest that's been allowed to operate to the detriment of a public education system that strives to fulfill the education needs and desires of all students and the entire community.

Centrist Democrats may argue that advocating for a charter moratorium is dumb politics because it divides the party from its Wall Street-friendly branch that financially backs the charter industry. But these are the same centrist democrats who are really the ones dividing the Democratic party when they argue that every time Democrats support civil rights causes, they're engaging in "identity politics" that alienates white workers.

In its budget proposal, the Trump administration has proposed spending hundreds of millions of federal dollars on expanding charter schools, and Education Secretary Betsy DeVos has made clear that expanding school choice, including charters, is practically the sole focus of her K-12 policy.

Democrats who continue to support charter school expansions under current circumstances risk muddying the waters at a time when there should be clear differences with what Trump-DeVos want.

A moratorium on charter schools draws a bright line between a political regime intent on serving the privileged and a Democratic party that seeks to uphold labor and civil rights. Democrats should step across that line.