Why We Need to Know What Trump Says Behind Closed Doors

When I'm not writing for OurFuture, I host a weekly news and opinion program on syndicated radio and cable TV called The Zero Hour. My team there recently faced a major challenge  when we received a secret recording of Donald Trump’s remarks to a closed-door, $35,000-a-head fundraiser.

We decided to release this audio at The Intercept, which also published my analysis of Trump’s remarks. Here's why. 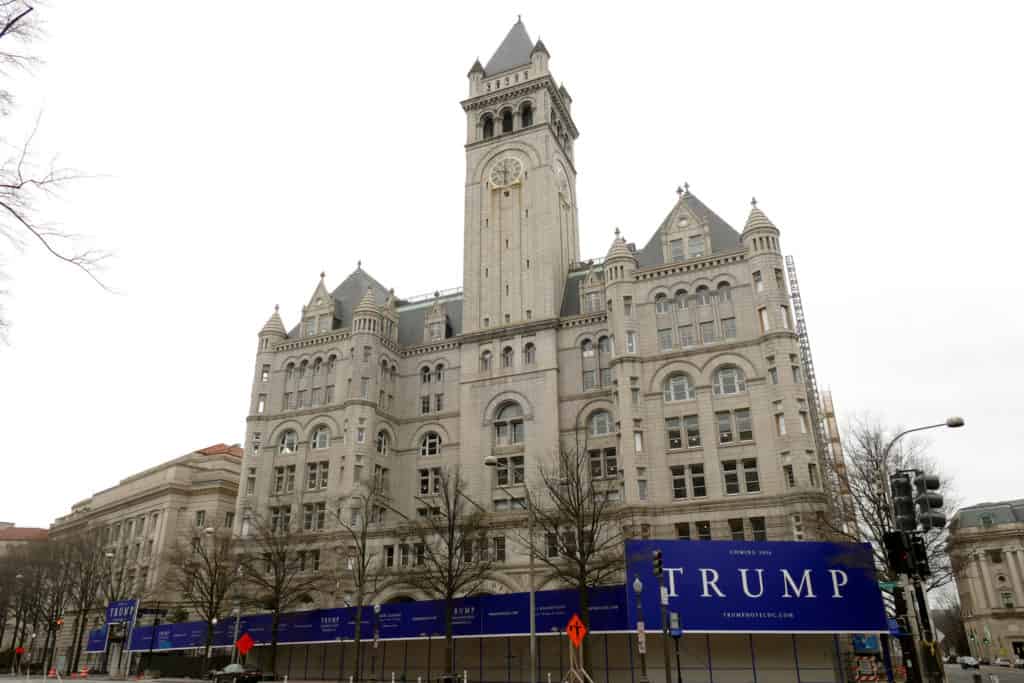 Trump’s fundraiser was held June 28th at his own Washington, D.C. hotel, which is steps down Pennsylvania Avenue from the White House in the historic Old Post Office Pavilion. The Trump Organization leases the building from the federal government, in open violation of long-standing regulations.

The building features a five-story atrium, a restaurant called BLT Prime, and “The Spa by Ivanka Trump™.” In this luxurious setting, Trump held forth for more than forty minutes, mocking his enemies, humiliating his friends, and committing at least one major diplomatic gaffe.

We released this recording for several reasons. First, it offers important insights into the unusual - some might say “aberrant” - personality of the man who currently occupies the Oval Office. Secondly, as I laid out in my analysis for The Intercept, the president’s remarks have significant political and diplomatic implications.

The third reason cuts to the heart of journalism’s purpose in a democratic society. Too many mainstream journalists become close to the powerful people they cover. Whether they are attending the White House Correspondents’ Dinner or chatting over hors d’oeuvres at an embassy cocktail party, they sometimes forget that as truth-tellers, their relationship with world leaders must be at times adversarial.

These journalists often defend their compliant behavior by claiming that they “can’t take sides,” and they fall back on “he said/she said” reporting.

But facts will almost always favor one side over the other. It is a journalist's job to present the facts, whatever the consequences; not to maintain the balance of power between two well-funded political parties.

The corporate media has an unfortunate tendency to confuse objectivity with neutrality. Journalists must always be objective, telling the truth no matter what the consequences. But they should not be “neutral” toward the rich and powerful. The journalist's role is to challenge the powerful few, who already have an extraordinary ability to shape public thinking, on behalf of the many.

In the case of the audio from Trump's fundraiser, the “powerful few” includes not only the president, but the wealthy individuals who came to his hotel to pay him both money and tribute. The assembled patrons laughed at his jokes, applauded his boasts, and opened their checkbooks for his reelection campaign. They showed their support, not only for Trump’s extreme and erratic behavior, but for the brutal policies he and his party now represent.

Trump spoke almost contemptuously at the fundraiser about some of his fellow Republicans, including House Speaker Paul Ryan. Since his election, Ryan has kowtowed to a man he once said “sickened” him, because of Trump's sexist comments. The old Ryan also once said Trump made "the textbook definition of a racist comment” when he attacked a federal judge because of his Mexican heritage.

The public deserves to hear Trump’s relishing the opportunity, as he does at this event, to further humiliate Paul Ryan, because it reveals a great deal about both men.

Trump’s remarks about the Middle East at the fundraiser were especially important. The heated dispute between Saudi Arabia and Qatar has implications for regional stability, global terrorism, and the world economy. At the very moment that Secretary of State Rex Tillerson was reportedly attempting to mediate this dispute, Trump weighed in vehemently on Saudi Arabia’s side.

Saudi money has been funding an extremist version of Islam around the world, exacerbating the terror problem Trump claims to be so concerned about. But Trump’s remarks at the fundraiser placed all the blame on Qatar, and did so mockingly, while ignoring the role of his Saudi friends and possible business partners.

Trump  reportedly registered eight companies with Saudi ties during the course of his presidential campaign.  Now, the Saudi government is hiring lobbyists with close ties to Trump to strengthen its influence with his administration.

Trump’s Muslim ban, disgraceful as it is, pointedly excluded Saudi Arabia from the list of banned countries. That’s striking, since 15 of the 20 hijackers behind the 9/11 attack originated there. What are the Saudis getting for their money?  We have a right to know.

Hopefully the audio will lead to further investigation. There is a deeper question here, too: Is it possible to reinvigorate “activist journalism,” in the tradition of great muckrakers like Ida Tarbell and Lincoln Steffens?

In my recent interview with Washington State Rep. Pramila Jayapal, she talked about the importance of forging a new relationship between movement activists and elected officials. We also need to explore new kinds of relationships between journalists and activists.  Journalists must tell the truth at all costs, and activists want to create change. But that doesn't need to create tension. After all, change built on falsehoods cannot last. A new kind of partnership should be possible.

We released the Trump audio because the public deserved to hear it, whether the president thinks so or not. More reporting about events like this is needed – about who attends them, about Trump’s relationship with fellow Republicans, and about his financial ties around the world.

We need activism, too: against Trump and the powerful interests he represents, and against a political system that gives too much power to wealthy corporate donors and too little power to the people.