The Republican Senate’s draft health bill differs from the House version, but its basic purpose is the same: give millionaires and billionaires a massive new tax cut by slashing health benefits for millions of Americans, and take care away altogether from millions more. 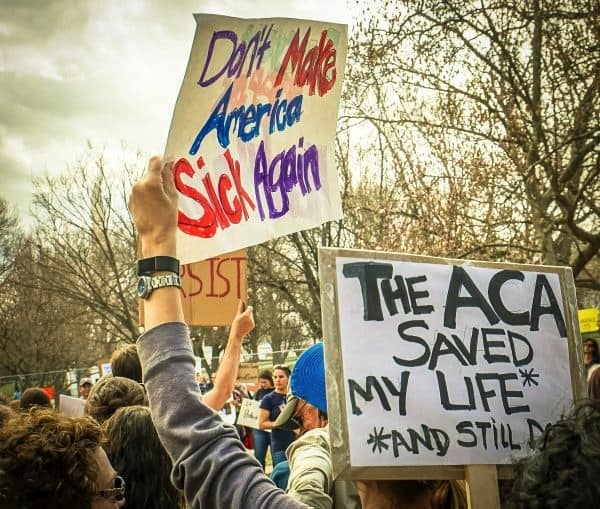 People will die if this bill becomes law, but that doesn’t seem to trouble the Republicans' conscience. The only thing they seem to fear is losing their jobs. That’s why this bill was written in unprecedented secrecy. That’s why it, like the House version, obfuscates and misdirects to conceal its true goals.

Make Them Think It's More

Once, as a young health financing consultant, I met with the CEO of one of Wall Street’s most powerful firms. He had a reputation for both brilliance and meanness, and he was proposing some complicated changes to his company's health plan. His own staff seemed reluctant to question him, so I asked him instead: “What are you trying to accomplish?”

“It’s my employees,” he answered. “I want to give them less and make them think it’s more.”

Give them less and make them think it’s more. That’s the Republican Party’s goal with “Trumpcare.”

Why? They’re doing it to provide enormous tax breaks to the wealthiest among us, after we have already achieved levels of inequality not seen since the Roaring Twenties or the Gilded Age of the Nineteenth Century.

We did the math when the House bill came out: Ten Americans would die each year, according to the best available data, to give each of the 400 richest households in America a new tax cut. An estimated 43,000 people would die each year under the House plan, and there’s no reason to believe the Senate bill would be any better.

Here are some more details:

It’s going to be hell to get older if this bill passes. People who are nearing or past 60, but are not yet eligible for Medicare, will be forced to pay as much as 16.2 percent of their income on premiums. Worse, that would only cover a high deductible plan that could render routine medical care unaffordable – and at a time of life when people should be preparing for retirement.

The Senate bill imposes even harsher cuts to Medicaid than the House version does. Both bills limit the Medicaid budget’s ability to keep pace with inflation without doing anything to control healthcare costs. While the Congressional Budget Office has not yet analyzed the Senate bill, it found that the House bill would deprive 14 million people of coverage over a 10-year period. The Senate bill is even more draconian, meaning that even more will lose coverage if it becomes law.

The Senate bill, like its House equivalent, guts the Affordable Care Act’s “essential benefits” provision. That means insurance companies could charge you for coverage, but could arbitrarily decide not to cover vital and life-saving treatments – something you might not know until it was too late.

It does keep one piece of the ACA. Unfortunately, it’s that law’s worst provision: The so-called “Cadillac tax” provision lays an additional tax burden on employer health plans with higher-than-expected costs, even if the plan provides substantially less coverage than citizens receive in other developed countries through their government’s healthcare program.

The omissions are still there: There’s nothing in either the House or Senate bills that would control runaway drug costs or challenge Big Pharma’s greed and patent monopolies. There is no expansion of Medicare coverage to under-65 Americans, even though Medicare is much more cost-effective than private health insurance.

NPR has drawn up a useful chart that compares the House and Senate Republican bills with each other and the ACA. The New York Times also compared the bills, concluding that the Senate draft is somewhat less terrible in some ways and somewhat more terrible in others.

Where Is Your Conscience?

The Democrats can’t stop the Republicans from gutting Obamacare, because they don’t have the votes. Will Republicans of good conscience block the bill? Right now, four GOP Senators have publicly withheld their support for the bill. But they’re objecting to it from the right, presumably because it’s not terrible enough.Ted Cruz and his friends won’t be riding to the rescue anytime soon.

If the Democrats can't help, and the Republicans won't, that leaves the rest of us. The one thing every politician understands is an angry electorate. Senators need to hear about this bill. They can be reached at 202-224-3121 -- or through visits, calls, and demonstrations at their offices.

The Republicans want to give us less and make us think it’s more. It’s time to tell them we’ve had enough.