What Kind of FBI Do We Want After Comey?

The firing of James Comey as Director of the FBI gives the nation more evidence of Donald Trump’s lack of fitness for the presidency. Whatever you thought of Comey, his removal showed the nation that Trump is impulsive, vindictive, and given to abuses of power.

But it’s also important to reflect right now on some of the more fundamental issues raised by Comey’s firing. Why do we have a federal police agency? How should its mission be defined? And, what kind of person should run it? 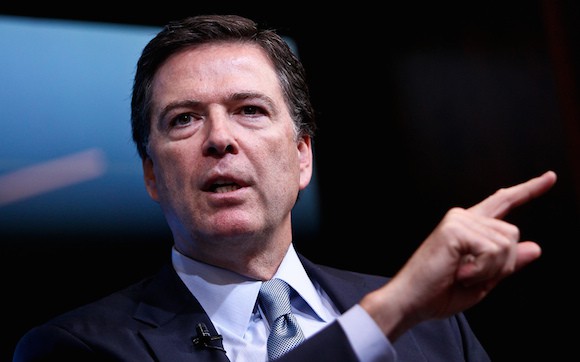 The Birth of the FBI

President Theodore Roosevelt and Attorney General Charles Joseph Bonaparte created the “Special Agents Force,” the forerunner to the FBI, in 1908, to enforce federal law. Both Roosevelt and Bonaparte were progressives who believed that government positions should not be exploited for partisan political purposes.

Before this force was assembled, the only major national investigative project was the Bureau of Criminal Identification, which was created by police chiefs around the country to help them track and identify criminals.

There were very few federal crimes on the books in 1908, so the early FBI devoted most of its attention to investigating crimes related to banking, bankruptcy, naturalization, antitrust, peonage, and land fraud. Its focus changed with the passage of the Mann Act in 1910, making it a crime to transport women across state lines for “immoral purposes.”

In a sign of that era’s undisguised racism, the Mann Act was known both officially and unofficially as the “White Slavery Act” –  presumably because so many white Americans considered black slavery nothing out of the ordinary.

The Mann Act gave the Bureau’s agents a tool to target organized crime figures and other “persons of interest.” If they had violated other federal laws, there was always a chance they could be set up on a “morals” charge. (The African-American boxing champion Jack Johnson was indicted under the Mann Act, which reflected both the law’s utility in targeting unpopular figures and the racial and sexual implications of its “white slavery” name.)

The Bureau’s efforts became much broader during World War I. As this comprehensive history of the FBI details, it “acquired responsibility for the Espionage, Selective Service, and Sabotage Acts, and assisted the Department of Labor by investigating enemy aliens.”

The “enemy aliens” who were investigated back then were not Muslims. Most were German-American, like Donald Trump, and they were subject to harassment as well as investigation. As we first noted here, German-language societies and even choral groups were disbanded, while German businesses and community newspapers were shut down in an atmosphere of xenophobic hatred encouraged by the president himself.

“The military masters of Germany,” said President Woodrow Wilson, “ . . . have filled our unsuspecting communities with vicious spies and conspirators.”

“Will Trump be the first to politicize the FBI?” asks a Politico headline. But, when it comes to the FBI, the relationship between the “political” and the “non-political” is not as simple as it seems.

Edgar Hoover was a non-political choice for the role. Hoover was a law enforcement professional, not a political operative. But, as the years passed, Hoover used a combination of skills – bureaucratic and political, as well as the dark art of blackmail – to keep his position and consolidate his power.

Hoover abused that power. “We want no Gestapo or secret police,” said President Harry Truman. “The FBI is tending in that direction. They are dabbling in sex-life scandals and plain blackmail. J. Edgar Hoover would give his right eye to take over, and all congressmen and senators are afraid of him."

So was Richard Nixon. Like Trump, Nixon was an authoritarian-minded president with an inclination toward bullying and a casual regard for the law. But he was afraid to fire the aging Hoover. "We may have on our hands here a man who will pull down the temple with him, including me,” Nixon is recorded as saying on his secret Oval Office recordings.

From the 1930s through the 1960s, the “non-political” Hoover used his position as FBI Director to persecute political dissidents, intimidate and blackmail presidents and other elected officials. Among its secret-police tactics were the wiretapping and attempted blackmailing of Dr. Martin Luther King, Jr. and systematic surveillance and targeting of antiwar and civil rights groups under the operation known as COINTELPRO – efforts that the U.S. Senate’s Church Committee report later deemed “vastly excessive” and “often conducted by illegal or improper means.”

By the end, it could be argued that the “non-political” Hoover had acquired more discretion and political power than any other presidential appointee – discretion and power he used to pursue an aggressively anti-left ideological agenda.

Trump’s nominee is likely to have strong political and/or ideological leanings. His pick that will almost certainly be bad for the country. And with Republicans controlling the Senate confirmation process, even the most reprehensible Trump nominee will probably sail through the confirmation process.

But that shouldn’t stop us from using Comey’s firing as a teaching moment, a time to reflect on the deeper questions raised by the actions of an unstable president during an uncertain time. Among those issues: how can the FBI director’s role be kept non-political, while at the same time making sure that she or he remains accountable to democratically elected officials?