Finally, he asks if he can have a cookie.

When she says no to that as well, he grumbles, “I think she’s on to me.” 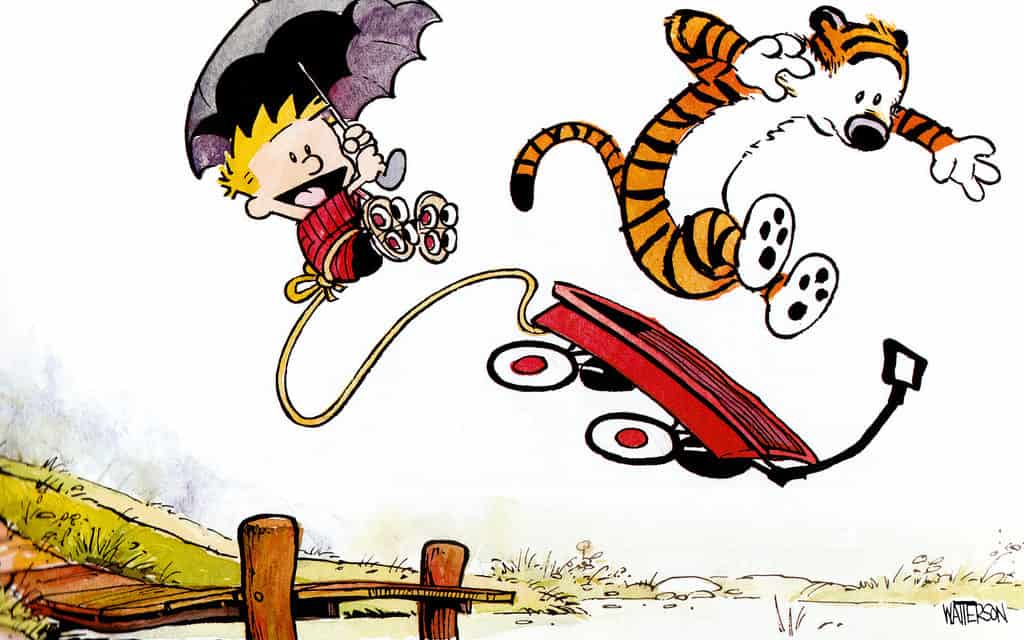 Replace Calvin with Republicans and Calvin’s mom with all of us, and you have an idea what the current budget debate is really all about.

Trump’s “America First” budget blueprint is the most extreme, the most mindlessly cruel budget proposal ever put forward by a U.S. President. With headline-grabbing venality like zeroing out Meals on Wheels, low-income heating aid and PBS, the blueprint has been met with almost universal shock and disgust. It has even been rejected by most Republicans, beyond the most fanatical of frustrated Cato and Heritage Foundation cave dwellers.

This is the mattress fire of budget proposals. It’s not going anywhere, and it wasn’t designed to. So, what’s next?

Over the next few weeks, we’ll be seeing more and more detailed spending proposals coming from the White House. By April 28th, Congress and Trump must agree on spending for the rest of the year, or face  a government shutdown. By May, Trump will reveal the rest of his budget for 2018.

Paul Ryan and House Republicans will also put forward their own budget proposal. It will likely also kick people out of subsidized housing, deeply erode public education and eliminate scientific research and the arts - but these are ‘compassionate conservatives,’ so they’ll put Meals on Wheels back in. It will be the riding your tricycle on the roof budget. Stupid and reckless, but, hey, better than a mattress fire, right?

Then finally we’ll get the Senate version. Senate Republicans will likely give you back some of the PBS funding, cut the Environmental Protection agency by 20 percent rather than 30 percent, throw in some tax cuts for the wealthy and ‘reform’ Social Security. Those same Senators will then go to their Democratic colleagues and to the public and say “look, all we’re asking for here is a cookie.”

Ryan, Trump, and the billionaires they serve are trying to set us up. They figure if they start out so extreme as to be horrifying, then the merely shocking no longer registers.

Ryan has been nursing his Ayn Rand fantasies of taking healthcare away from poor children at least since college, so don’t think for a minute that if they thought they could pull it off, they wouldn’t cut every dollar that goes anywhere but to propping up the wealthy and corporations. To put it another way, Calvin wants to set his mattress on fire, he just doesn’t think he can get away with it.

Congress has been underfunding critical services and programs for decades. As more and more people are pushed out of the middle class to send more income and wealth to the top, we have responded by freezing and cutting the programs that help people survive.

Just in the last decade, sequester cuts have done incredible damage at the federal and state level to our ability to ensure the very basics of clean water, enough to eat and adequate shelter.

We have chronically underfunded education, retirement, help with basic living expenses. The Republicans in Congress - and more than a few Democrats - want us to accept that as normal… and then push us to accept even less as the new normal. It’s what Reagan did in the 80s, only on steroids.

The good news is people are waking up to the real story. All over the country people are taking to the streets, to their Congresspeople’s offices and to the phones in unprecedented numbers.

Just like Calvin’s mom, we’re not going to fall for the con. We’re on to them.