As Judges Debate Climate Policy, Lives Hang In the Balance

The Clean Power Plan, President Barack Obama’s effort to cap carbon emissions from dirty power plants, came before the D.C. Circuit Court of Appeals on Tuesday. The panel of 10 judges asked tough questions of both defenders and challengers of the EPA program. While CNN noted that "[t]he challengers' constitutional arguments did not appear to to get much traction with the judges," the statutory questions received considerable scrutiny.

Still, USA Today struck a hopeful note for climate protectors: "The lengthy debate, while technical and at times inscrutable, pointed slightly in the government's favor for several reasons: Six of the 10 judges were named by Obama or his Democratic predecessor, Bill Clinton, and most sharply questioned state and industry opponents. [And one] Republican appointee, Thomas Griffith, said the new rule calls for only minor reductions in coal-fired plant emissions."

But as lawyers and judges debate the finer points of constitutional executive authority and statutory interpretation, we must not forget that the climate crisis is already putting lives of real people at risk, particularly in low income communities, and communities of color. Activists from People's Action Institute were in Washington yesterday to send that message. 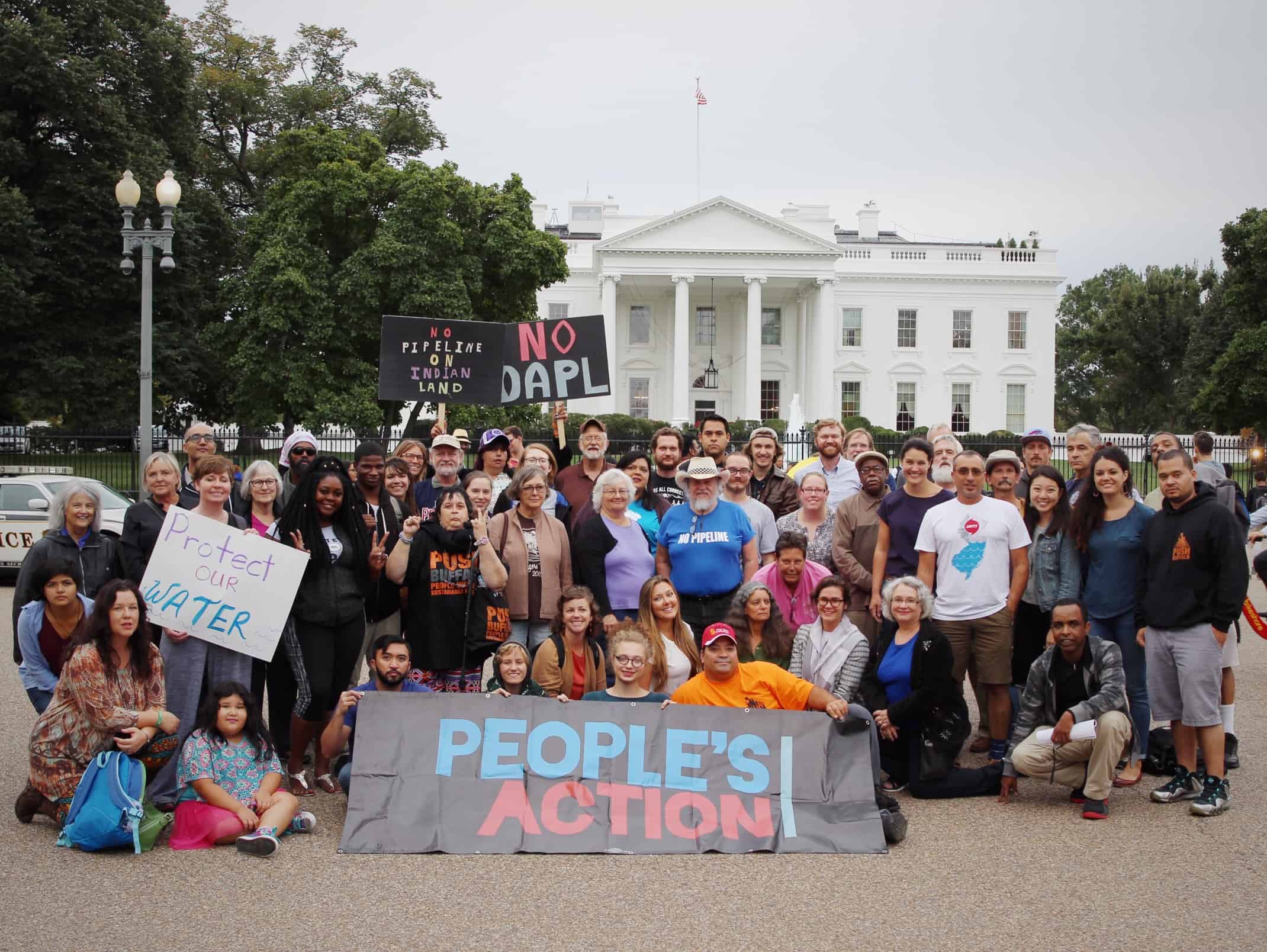 Eighty leaders from seven states gathered on the steps of the court to not only demand implementation of the Clean Power Plan, but to ensure it is implemented in an economically and racially just fashion. The activists also took their message to the offices of the industry lobbyists at the National Mining Association and then National Association of Manufacturers, two opponents of the Clean Power Plan.

Those lobbyists have joined the 27 states which sued the U.S. Environmental Protection Agency, nearly all at the behest of Republican governors or attorneys general. They claim the federal government is exercising power illegally, despite a past Supreme Court decision finding the EPA is obligated to regulate greenhouse gas pollution under the Clean Air Act. The EPA’s position, meanwhile, is supported by Democratic officials in 18 states.

If the partisan divide didn’t already signal to you that the case is more about politics than constitutional law, then perhaps this will: 21 of the 27 states suing are projected to meet Obama’s carbon pollution target with or without the Clean Power Plan, thanks to other clean energy policies and market forces.

In other words, there’s no case to make that the EPA has placed an excessive burden on the vast majority of states. If there’s any criticism to be made about Obama’s climate regulations, it’s that they don’t push the states and corporate polluters hard enough. Nevertheless, nearly every state Republican official that could sue, did sue, claiming states’ rights should be the ruling principle when it comes to the climate.

Here’s the problem: the greenhouse gas pollution that is baking our climate doesn’t recognize state boundaries. We need all 50 states, and all 200 nations, working together, or we’re all cooked.

If federal judges decide to nullify the Clean Power on specious states’ rights grounds, the EPA will have to go back to the drawing board while the climate clock is ticking. Every day of inaction increases the risk that we will run out of time to stop the spike in asthma, curtail the destruction from extreme weather events and save coastal communities from needing relocation.

This is not a hypothetical problem on a distant horizon. Families on the frontline are suffering from the climate crisis right now – with health problems, loss of businesses and communities washed away.

Earlier this year, the federal government literally held a contest called the National Disaster Resilience Competition for states and communities to compete for funds to help them cope with climate change-fueled natural disasters. As Bloomberg’s Christopher Flavelle reported, two coastal towns facing rising sea levels – one in Louisiana, one in Alaska – sought help to relocate their entire populations. But funds could only be made available for one. That’s how dire the current situation is: the federal government is literally choosing which towns to help save from drowning.

So let’s not make this debate merely about legalese, or politics. People’s lives are at stake and we don’t have the luxury of time.