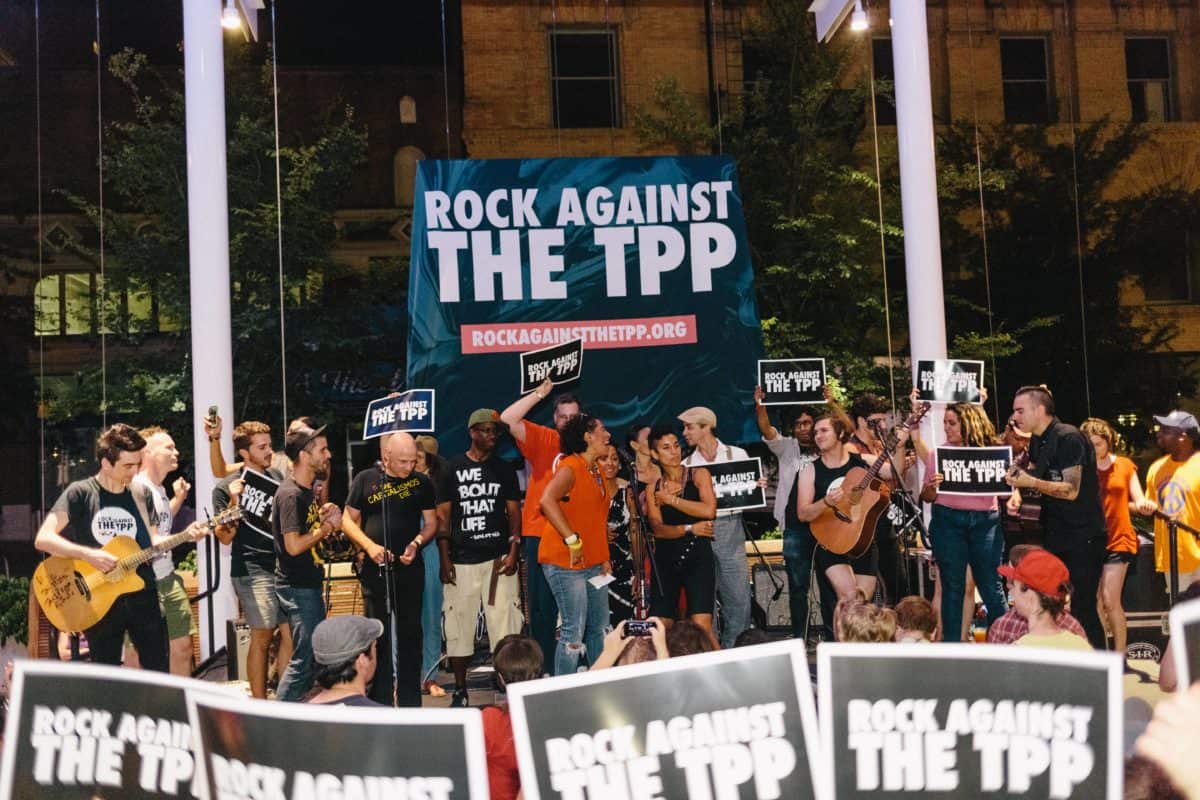 The Trans-Pacific Partnership (TPP) is revving up for a vote in the "lame duck" session of Congress that follows the election, and the Rock Against the TPP Concert Tour is drawing large crowds. Awareness of TPP drives opposition, and Rock Against the TPP is doing its part to drive awareness.

A July survey by Democracy Corps shows that Americans are generally unaware of TPP, but when they learn about it, a majority is opposed to it. While people initially think of "trade" in a generally positive way, the more people learn about TPP and other "trade agreements" the more they shift to opposing them.

After hearing a balanced debate – including overall statements and specific arguments in support and in opposition to TPP – voters become dramatically less positive about the value of past trade agreements and much more pessimistic about TPP. Voters move from believing past trade deals are positive by 15 points to parity with those believing they are a bad thing, and voters shift from parity in the argument over TPP to two-thirds opposing it. Most importantly, 61 percent of voters are now eager to hold a Member of Congress accountable should he or she vote to pass the TPP when it is taken up.

Summary: Before hearing arguments both in favor and against TPP a majority favors it. But after hearing both sides, 2/3 oppose TPP so much that they say they will hold members of Congress accountable.

So to help drive public awareness of TPP, there is a Rock Against the TPP concert tour underway -- and it is drawing large crowds.

Taina Asili at Rock Against the TPP in Seattle:

The Dead Kennedys - Holiday in Cambodia: