The Securities and Exchange Commission (SEC) is supposed to "protect investors." But what happens when a company is dishing the company's cash out to politicians, political parties and political "charities"? Apparently, investors/shareholders don't get to find out where the money went.

Since the Supreme Court's "Citizens United" ruling opened up the political system to unlimited corporate cash, hundreds of thousands of Americans have petitioned the SEC to require companies to disclose how they are using the company's money to bribe influence politicians. The Supreme Court even said that this money should be disclosed. But the SEC continues to refuse to do it.

A Wave Of "Dark" Money = Corporate Takeover Of States

The Washington Post's Chris Cillizza tells the story, in "The remarkable Republican takeover of state legislatures, in 1 chart": 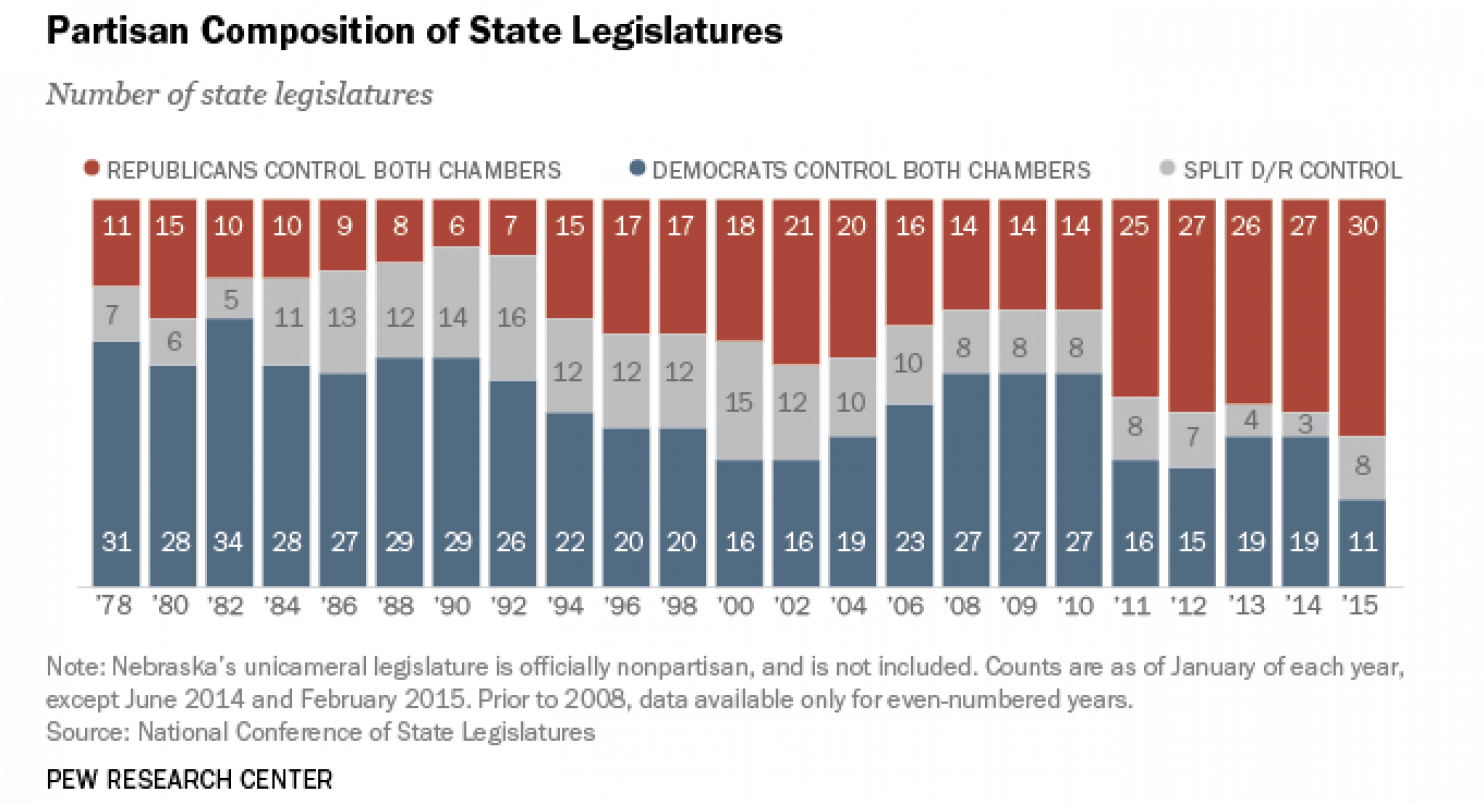 In 2009, Republicans controlled both chambers in just 14 state legislatures. Six years later, they had total control in more than double that number. And that's not even the full, bad story for Democrats. Look at their numbers. In 2009, Democrats had full control in 27 state legislatures; by 2015 that number was down to 11, the lowest ebb for total Democratic control since, at least, 1978.

The Corporate Reform Coalition, a coalition of investors and public interest organizations including Avaaz, Public Citizen, Common Cause, U.S. PIRG, Greenpeace, the International Brotherhood of Teamsters and Communications Workers of America, are launching a campaign to persuade the SEC to require publicly traded corporations to disclose their political spending. From the campaign website:

Dark money is suffocating our democracy.

Corporations are secretly spending hundreds of millions in political donations to influence elections and push policies that unfairly rig the rules in their favor, while investors, savers and retirees are left in the dark about how their money is being spent.

In addition, a new End Dark Money campaign has released this video:

End Dark Money is a new campaign designed to expose the truth to millions of Americans via the internet. We are creating a documentary-style film that outlines the shocking realities of corporate money in the American political system. We will connect the dots for the public on exactly who is buying our politicians and the means by which they are doing it. We believe in our bones that knowledge is power and that the best way to combat tyranny and corruption is to educate the people. Our exposé film will be promoted and advertised across all major social media websites including, Facebook, Youtube, Twitter, Google + and more. We’ll be running online ads, producing viral-friendly infographics, pdfs, images and more.

Which Side Of Revolving Door Is SEC On?

In the chart above, you can see a huge swing in control of state legislatures occurring right after the Citizens United ruling opened the door to unlimited corporate money in our elections. Perhaps this corporate takeover of states explains why the SEC refuses to require corporations to disclose to shareholders how much of their money they are throwing into elections, and where. Apparently, the people at the SEC understand which side of the revolving door their bread will be buttered on.