We're NOT Number 1: Which Country Now Has a More Affluent Middle Class? 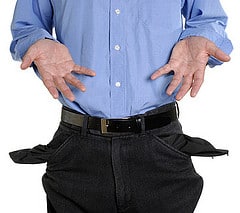 Fancy living up in Canada? Granted, it’s a bit chilly. But the middle class up there has just blown by the U.S. as the world’s most affluent. America’s wealthy are leaping ahead of the rest of much of the globe, but the middle class is falling behind. So are the poor. That’s the sobering news from the latest research put out by LIS, a group based in Luxembourg and the Graduate Center of the City University of New York.

After taxes, the Canadian middle class now has a higher income than its American counterpart. And many European countries are closing in on us. Median incomes in Western European countries are still a bit lower than those of the U.S., but the gap in several countries, including the Netherlands, Sweden and Britain, is significantly smaller than it was a decade ago. However, if you take into account the cost of things like education, retirement and healthcare in America, those European countries’ middle classes are in much better shape than ours because the U.S. government does not provide as much for its citizens in these areas. So the income you get has to be saved for these items.

The report found also found that the median U.S. income, which stands at $18,700, has remained about the same since 2000. And it found that the poor in much of Europe earn more than poor Americans.

So what does Canada have that the U.S. doesn’t have? Well, it has universal healthcare, for one thing. And more unions. And a better social safety net. Ditto with the European countries whose middle classes are better off than ours when you take into account government services.

The LIS researchers found that American families are paying a steep price for high and rising income inequality. Our growth is on par with many other countries, but our middle class and poor aren’t really getting much out of it.

Things have been going downhill for the middle class since 1990, the report shows. Remember anything that got started in those years? Ah, yes! Deregulation. Things were pretty prosperous under Clinton, but by the time you get to the Bush tax cuts, many of which are still with us, the middle class began to get squeezed. Those tax cuts sent more money to the wealthy and simultaneously stripped government investment on things the middle class needs, like public universities.

Conservatives will try to come up with all kinds of nonsense to explain what’s happening to the middle class, and we’ll probably be hearing the old magic mantras about small businesses and regulation. But it’s obvious looking at the historical data that regulation loosened under Bush, but the middle class fared worse. Right now, U.S. states that have pushed deregulation hard, such as those in the South, have been hit particularly hard by the recession. In the big picture, we have been cutting red tape and regulations for three decades now in America. Funny how that coincides with the bad news for the middle class.

We’ve also had massive losses in job in industries that used to flourish, partly because of not enough public investment, and partly because of low demand for goods and services caused by people not having enough money in their pockets to make purchases.

If we don’t want to become a country of fatcats and poor people, we will have to get serious about a couple of things.  America has tolerated, and even encouraged, large-scale tax evasion. The big American multinationals like Apple have gotten away with taking advantage of every form of taxpayer investment in research and development, universities that train their workers, etc, and yet the company concocts elaborate schemes to avoid paying anything in taxes.

Obama will get blamed by right wingers, and while it's true that his policies have not done enough for the middle class or the poor and little to curb the growing concentration of wealth at the top, he didn’t create the financial crash and subsequent job losses which sent the 99 percent into a tailspin.

The GOP has to take much of the blame for the crazy idea that tax cuts are the only policy for growth and for its insistence on cutting investment on science, health and infrastructure, not to mention an educational debt story that is disastrous. But the Dems have been talking their austerity-lite nonsense for far too long, and they've been doing very little to help rein in the tax dodgers. There's plenty of blame to go around.