It's Official: Federal Contractors Must Pay A Fair Minimum Wage

The order applies to new contracts and over the next few years will increase pay for hundreds of thousands of workers. The order also ends a practice of paying disabled "14(c)" workers subminimum wages, currently averaging $2.15 an hour.

The Congressional Progressive Caucus played a big part in helping to push the president to issue this executive order. A December article, "Progressive Dems to Obama: Raise Minimum Wage for Federal Contractors", explained:

Progressive lawmakers have told President Obama he should unilaterally raise the minimum wage for federal contact employees, saying it would allow him to fulfill his promise of helping low-income earners without waiting for congressional action. ... Reps. Keith Ellison, D-Minn., and Raul Grijalva, D-Ariz., co-chairmen of the Congressional Progressive Caucus, wrote Obama a letter Dec. 4 telling him to take the “bold step” of issuing an executive order that would increase the wages for workers on federal contracts.

Congress: Raise The Minimum Wage For Everyone

The president is also continuing his push to get Congress to raise the federal minimum wage for everyone. He is asking for the minimum to be raised to $10.10 and increase yearly with inflation. (Support an increase in the minimum wage by signing this petition calling Congress to pass the Fair Minimum Wage Act.)

The White House has set up a Raise the Wage web page, which includes this chart: 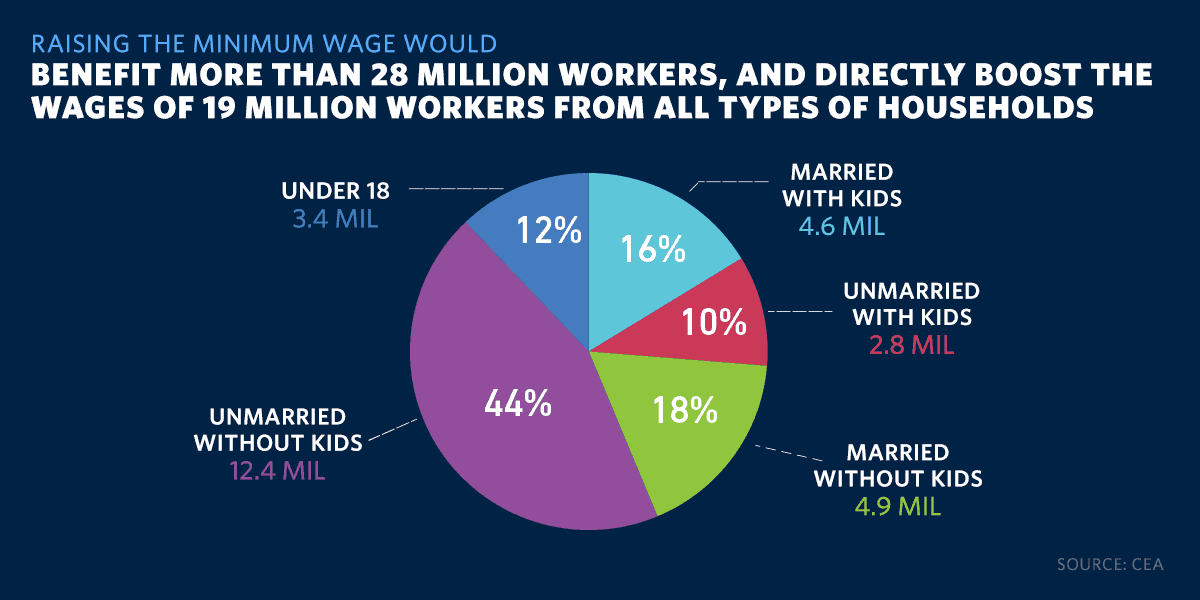 Dear Mr. President and Honorable Members of the U.S. Senate and House of Representatives,
We are writing to ask you to advance growth, prosperity, and economic freedom by raising the minimum wage to at least $10.10 per hour and indexing it to inflation. We make this request as investors, business owners, and employers who are members of the so-called Top 1%. We make this request for the following reasons:

2. IT‘S GOOD FOR AMERICAN TAXPAYERS. Minimum wage earners don’t make enough to support their families and as a result many rely on government programs to make ends meet. A decent wage would increase the number of self-reliant Americans and decrease government expenditures.

3. IT’S GOOD FOR AMERICA’S GLOBAL LEADERSHIP. The U.S. is the richest county in the world but its minimum wage significantly trails that of other developed countries. In order to maintain its global leadership, the U.S. must ensure decent earnings for its working citizens.