The Shamelessness of Bankers 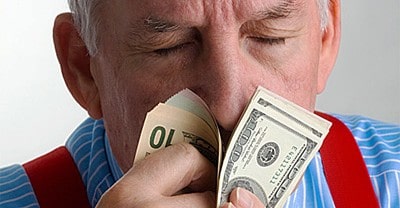 It’s not easy to maintain a civil tone while describing the magnitude of the misbehavior among executives at Wall Street’s largest institutions. To criticize bankers is to describe large-scale wrongdoing, mass-produced outrages that lead to widespread misery. It can’t be done without routinely deploying words like “perjury,” “forgery,” “fraud,” “deceit,” “corruption” and “rapaciousness.”

Unfortunately, the forms of speech that adequately convey big-banker behavior also make it easy for insiders in politics, government and the media to dismiss that same speech as excessive. 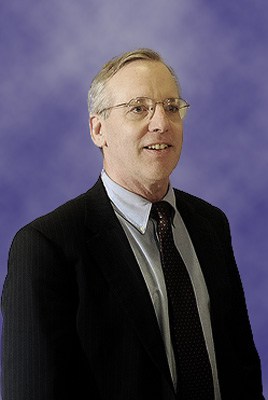 That’s one reason why some recent remarks by William Dudley, president of the New York Federal Reserve Bank, are so important. He’s no outsider and he’s no extremist. And yet, after exploring potential solutions to the “too big to fail” problem in a speech to Global Economic Policy Forum last week, Dudley went on to discuss what he called “the apparent lack of respect for law, regulation and the public trust.”

Added Dudley: “There is evidence of deep-seated cultural and ethical failures at many large financial institutions.”

Two phrases in particular bear repeating: “the apparent lack of respect for law, regulation and the public trust,” and “deep-seated cultural and ethical failures.”

Mr. Dudley is using the language of courtesy and civility, but his language is blunt and even cutting. He’s speaking of individuals he knows well and with whom he interacts daily. That doesn’t prevent him from saying that bank executives have displayed disrespect for both law and regulation, that they are not worthy of the public’s trust, and that they are culturally and ethnically impaired at a profound level.

And yet, remarkably enough, House members from both parties are nevertheless supporting a Republican-backed initiative which would unwind some of the already-inadequate provisions of the Dodd-Frank financial reform law. There’s very little chance that President Obama will sign their bills, since he considers Dodd-Frank a signature achievement. But his administration retains its cozy relationship with major banks – a relationship that includes revolving-door appointees and a reluctant attitude toward the criminal prosecution of bankers.

That’s no surprise. How can legal safeguards be maintained when the money these institutions spend taints the political process from beginning to end? How can bank executives learn “respect for law, regulation and the public trust” when they are subject to the flattery of journalists, rather than the scrutiny of journalists? (See Roger Lowenstein’s puff piece about bank CEO Jamie Dimon in the New York Times Magazine for a classic example of that genre.)

And how can the society of big bank executives heal from its “deep-seated cultural and ethical failures” when those executives are treated as founts of economic wisdom, worthy of demanding sacrifices from others through political lobbying groups like Fix the Debt, and still believe that their names lend credibility to their efforts rather than casting shame on all of them.

“When pride cometh,” says the Bible in Proverbs, “then cometh shame.” Maybe that word should form the collective noun for members of that profession. Like “a pride of lions”: a “shame of bankers.”

But where is that shame, already? Big-bank executives have been insulated from it by sycophants in the media and politics.

In quoting Proverbs, I’m not suggesting that a religious renewal could clean up Wall Street. Too many crooks have done their stealing in the name of God. But something has to restrain these runaway bankers. Social "shaming" might help. But instead of ostracizing them for their contemptuous attitude toward legality and fair play, too much of society lionizes them instead.

Our society worships wealth and consumption, and that slavish devotion has reached massive proportions. Along with that worship, our society seems to have rejected the idea that there is any dignity in the life of ordinary, law-abiding working people. In a survey conducted last year by a whistleblowers’ defense law firm, nearly half of the senior bankers polled acknowledged a willingness to break the law to make money. (Presumably there were a number of others who also would, but weren’t willing to admit it to a stranger.)

Proverbs goes on to say that “riches profit not in the day of wrath: but righteousness delivereth from death.” But who believes that anymore? Absent some resurgence of prophetic outrage, our banker problem will continue.

However tragic the consequences, it’s easy to understand the subservient behavior that politicians and senior government officials display toward big-bank executives. The politicians want campaign contributions. The senior government officials want to follow the revolving-door route followed by the likes of Robert Rubin, Larry Summers, and Peter Orszag, also have become wealthy as employees, consultants or speech-givers to the largest Wall Street institutions. 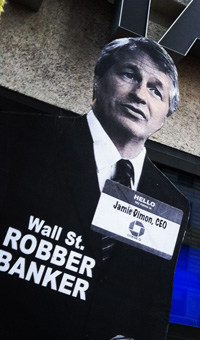 Jamie Dimon, the CEO of JP Morgan Chase, seemed incapable of shame even after the London Whale fiasco provided evidence that he was incapable of curbing criminality in his chronically lawbreaking organization. (See “JPMorgan Chase: Incredibly Guilty.”) It was not until multiple government investigations focused on his institution that Dimon stopped trying to block government regulation of his industry.

Nam ego illum periisse duco, cui quidem periit pudor, wrote the ancient Roman playwright Plautus. It means, “I count him lost who is lost to shame.” By that standard, Jamie Dimon and his ilk may sadly be counted as lost among civilized human beings.

But the rest of us still need to be protected from them. Some of that protection will come with better law enforcement, so that they are discouraged from acting out their worst impulses. And part of it will come through shaming them publicly, since most of them are human beings with enormous egos.

“He that troubleth his own house shall inherit the wind,” said the same passage in Proverbs. We can’t depend on a higher power to make those words reality. We need to use the tools we have been given – tools that include the law, our social norms, and moral clarity – to protect ourselves from the shamelessness of bankers.