by Dave Johnson | Sep 17, 2013 | Making it in America, Trans-Pacific Partnership 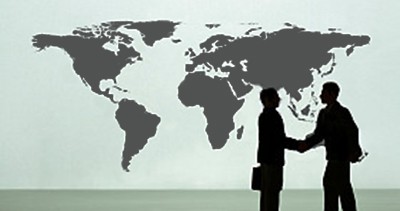 The corporate push to get Congress to approve the Trans-Pacific Partnership (TPP) trade agreement is about to begin. Again and again we have been promised that these trade agreements "create jobs" and grow the economy. So do they?

Proponents of current corporate-negotiated trade agreements claim that the agreements increase jobs and boost economies. For example Time today has a column, Voters Won’t Like It, but We Have to Bring Back Free Trade, by Michael Schuman. Schuman claims that these agreements are "beneficial for economies overall — boosting exports, enhancing efficiency and reducing prices for consumers."

Is this what actually happens? Let's look at what has happened as a result of past agreements.

Ross Perot famously said we would hear a "giant sucking sound" as NAFTA took jobs from the US and he was right. According to the Economic Policy Institute (EPI) briefing paper Heading South: U.S.-Mexico trade and job displacement after NAFTA, "As of 2010, U.S. trade deficits with Mexico totaling $97.2 billion had displaced 682,900 U.S. jobs." (That is net jobs, taking into account jobs gained.)

The EPI study did not look into NAFTA's effect on US wages (but a 2001 EPI study found wage decreases). Clearly, however, NAFTA enabled companies to close American factories and move production to low-wage factories, putting downward pressure on everyone's wages.

Public Citizen's document, NAFTA’s Broken Promises 1994-2013: Outcomes of the North American Free Trade Agreement points out that over one million Mexican campesino farmers were driven out of business (and likely driven north to the US) by subsidized US corn from our giant industrialized farms.

China became a member of the World Trade Organization (WTO) in 2001. Americans were promised this would expand market opportunities for U.S. companies, thereby increasing jobs and American prosperity. How has this worked out?

In August, 2012 EPI estimated that the US lost 2.7 million jobs as a result of the U.S.-China trade deficit between 2001 and 2011, 2.1 million of them in manufacturing. Aside from job losses wages US wages fell due to the competition with cheap Chinese labor costing a typical household with two wage-earners around $2,500 per year.

Last month our country's humongous trade deficit with China was $30.1 billion. That translates to a yearly deficit of more than $360 billion drained straight out of our economy.

In spite of the obvious problems with these trade agreements, the US approved an agreement with Korea that took effect March 15, 2012.

EPI reported in July, 2013 that the US-Korea free trade agreement had already cost the US 40,000 jobs and increased our trade deficit by $5.8 billion. According to EPI,

The tendency to distort trade model results was evident in the Obama administration’s insistence that increasing exports under KORUS would support 70,000 U.S. jobs. The administration neglected to consider jobs lost from the increasing imports and a growing bilateral trade deficit. In the year after KORUS took effect, the U.S. trade deficit with South Korea increased by $5.8 billion, costing more than 40,000 U.S. jobs. Most of the 40,000 jobs lost were good jobs in manufacturing.

So How Did They Work Out?

While honest and fair trade is a good thing, these trade agreements are written to promote the interests of the giant and powerful multinational corporations over the interests of working people, smaller competing corporations, citizens groups, democracy and the environment. These "free-trade" deals increase unemployment, drive down wages and harm the environment while dramatically increasing the wealth and power of the 1%.

When our government just lets companies close a factory here and move production to a country where people have few rights and can't do anything to make their situation better, what do you think that will do to wages and rights here? When your boss can threaten to lay you off and move your job out of the country, what are you going to say? Are you going to complain about the job and demand a raise?

Job fear is rampant in today's economy, so everything is sold as a promise to create jobs. Heck if eating bugs will "create jobs" I'll try it. And you can be sure that the fried bug industry lobbyists are going to promise just that.

So these giant-corporate-promoting trade deals are sold with the promise that they will "create jobs" even though we see again and again that the opposite occurs. Ironically, the job fear so many of us experience is the result of these trade agreements that enabled corporations to close factories here, ship the equipment out of the country, make the same stuff there and bring it back here to sell in the same stores to the same customers. (For some reason that is called "trade.")

These Agreements Reign In Our Democracy

Now the giant corporations are working on the Trans-Pacific Partnership (TPP). Only a small part of this agreement covers "trade." Much of it is about "investor rights." This means that countries that enter into the agreement will not be able to do things that limit the profits of corporations. This includes trying to enforce environmental regulations, trying to get low-cost medicine to sick people, etc. It won't matter if we call ourselves a sovereign country and a democracy -- we will not be allowed to pass the laws that we want to if they interfere with the "rights" of the owners of the giant corporations.

These trade agreements are negotiated by giant multinational corporations along with government officials who understand they will get lucrative jobs with those corporations. They benefit only the 1% and the billionaires behind these corporations. They have not helped our economy and have not increased jobs. In fact they have led to massive trade deficits that are draining our economy, massive job loss and wage loss, and job fear for those still working.

We must insist that trade from now on agreements be negotiated with all of the stakeholders at the table in a process that guarantees their interests have equal weight with the interests of the giant corporations. Representatives of environmental organizations, human rights groups, labor groups, consumer groups and all other stakeholders must be included in these negotiations.

We must also insist that existing agreements be renegotiated so that We the People benefit, instead of just the billionaires behind the giant corporations.