We Are All Connected 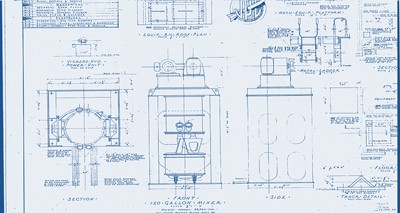 If your core cause is the environment, LGBT, health care, women's rights, social justice, civil rights, labor, economic equality, YOU NAME IT you are seen by the giant corporations as the same enemy. But for too long all of these groups have been divided.

And the same holds true for the rest of these concerns -- the people who are fighting us are fighting against all of these.

So we are all in this fight together whether we like it or not. But more and more people are starting to see this.

Now, "all around the country people are rising up, together."

Watch this video from Greenpeace, and let others know about it.

Earlier this month I wrote about a number of organizations coming together to fight back against the corporate/conservative movement together. In “One Threat” — Progressive Power Unifying I quoted Phil Radford of Greenpeace, saying that corporate-funded conservatives … “view us as one threat, and fundamentally we are acting like that now, as one threat.”

Go take a look at the Democracy Initiative website at DemocracyForUs.org,

Our democracy is under siege. Money is not speech and corporations are not people. Yet the power and influence of ideologically driven money in politics and corporate influence is unprecedented.

Simultaneously our fundamental democratic value of “one person, one vote” is under attack by a barrage of aggressive attempts to restrict access to the ballot box and undermine voting rights.

As a result of all this, citizen belief and engagement in the system is at an all-time low.

The Democracy Initiative, launched in 2013, seeks to restore the core principle of political equality. Labor, civil rights, voting rights, environmental, good government and other like-minded organizations with broad memberships commit to build a movement to halt the corrupting influence of corporate money in politics, prevent the systemic manipulation and suppression of voters, and address other obstacles to significant reform, including the abuse of U.S. Senate rules that allow a small minority to obstruct deliberation and block action on legislation drafted to address the critical challenges facing our nation.