Cynthia Nixon’s upstart challenge to New York Governor Andrew Cuomo in the Democratic Party Primary highlights a major theme of the 2018 midterms: progressive candidates forcing establishment Democrats further left on education. One way Nixon is moving the needle? Pushing to end the unfair and inaccurate rating of teachers based on how their students score on standardized tests. 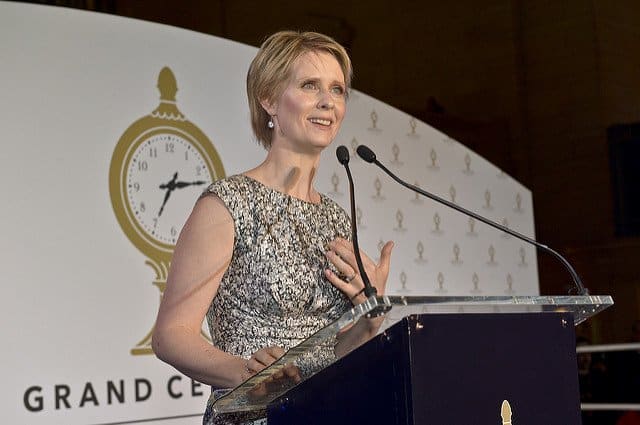 Nixon blasted the state’s embattled test-based teacher evaluation system, issuing a statement in late April signed by dozens of New York educators, calling for a full repeal of the evaluation policy. The statement also called for “a rich and balanced curriculum, rather than one oriented around standardized tests,” delivering on long-promised aid to needy schools, and restoration of cuts to state universities.

Across the United States, taxpayers have been footing the bill for teacher evaluation policies that have been found to be “unverifiable,” “arbitrary and capricious,” and in some cases even illegal. Built on theory alone, these evaluations apply mysterious formulas to test scores in order to generate teacher quality “rankings.”

In a bid to win competitive “Race to the Top” grants from the Obama Administration, New York and many other states purchased teacher evaluation models, known as “value added measures,” which tie Common Core tests to teacher ratings. New York secured over $700 million in federal grants to help implement the program, which was never piloted before being trotted out statewide. Once the federal money ran out, spending by PACs and ed reform shell groups rewarded politicians like Cuomo to keep the evaluation program in place.

Crucially, Cuomo passed laws to threaten teachers who get low ratings with termination. In his 2014 reelection campaign, Cuomo called public schools a “monopoly” he wants to destroy. He sharply attacked unions, saying, “I understand the union’s issue; they don’t want anyone fired. But we have teachers that have been found guilty of sexually abusing students who we can’t get out of the classroom.”

Even worse, Cuomo’s evaluation policy, called “Annual Professional Performance Review,” somehow yielded “ineffective” ratings for some of the state’s most highly rated teachers. His approach was criticized for using “guesswork” and failing to measure dozens of critical factors like developmental delays, trauma, absenteeism or private tutoring. When the teacher-ranking policy was first announced, they began publishing student scores for individual teachers in the newspaper. Not surprisingly, the two best Math teachers in my school transferred to more affluent neighborhoods.

From the start, Cuomo’s performance review policy was gamed from every direction. Some districts chose to “teach to the test;” other districts created a single test to apply to every teacher. Suburban administrators inflated scores from the observation portion of the evaluation to guarantee teachers could not be hurt by test scores, and in protest of the policy, some districts prohibited teachers from ever seeing their scores.

For its part, New York City gradually rolled out local tests so every school could evaluate teachers in the subjects they are certified to teach. The local measures mean additional tests—actually “double” tests, because they require both baseline and end-of-year assessment—are required for Social Studies and Science.

As an art teacher, I was stunned at the absurdity of the Annual Professional Performance Review “group measures,” which since 2013 made me choose math or English Language Arts scores for my evaluation. In 2015, I reported on the “ineffective” rating attributed to me because of low math scores, even though I don’t teach math, and I was teaching in an alternative school that only enrolled high need students, and I never even met some of the children whose test scores were used. Last year the city even debuted standardized Art tests for eighth grade—but hardly any schools participated.

In 2015, Sheri Lederman, a fourth-grade teacher and accomplished professional at the top of her game, challenged her rating in a New York State Supreme Court, which later determined that the process for her evaluation was “arbitrary and capricious.”

If the point of Annual Professional Performance Review was to create a horrible, wasteful evaluation policy and then make teachers bargain for relief, it worked well.

Cuomo boasted in 2014 that his teacher evaluation system would be his single most enduring legacy.

Just hours after Nixon’s statement proposing an end to Cuomo’s Annual Professional Performance Review, New York State Assembly leaders were negotiating legislation that would end the state mandate to use it. Within days, the Democrat-led Assembly passed a bill, although it has been delayed by Republican majority leader Senator John J. Flanagan.

Test-based teacher evaluations have been successfully challenged recently in Texas and Tennessee. Will New York also move to rid itself of an invalid teacher evaluation model? Even before the voting begins in September’s gubernatorial primary, Ms. Nixon is forcing an answer to that question.

Cross-posted in The Progressive.