How Compassion Becomes Contempt in America

Somebody get this man a dictionary.

Mick Mulvaney, the Trump administration budget chief, desperately needs some serious lexicological support. That became obvious when Mulvaney stepped up before reporters to defend the new Trump budget for the federal fiscal year starts in October. 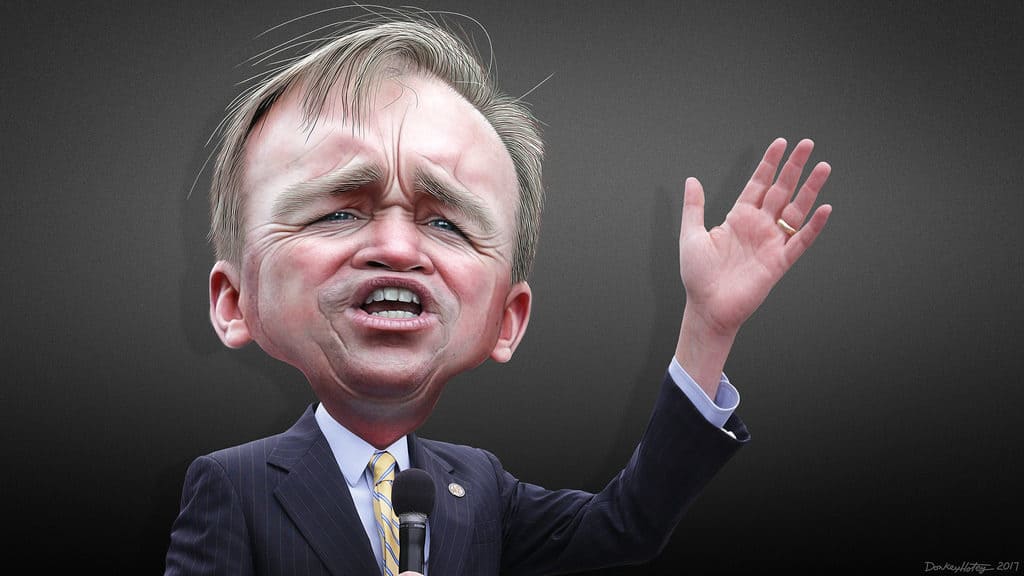 The assembled scribes, noting the hundreds of billions in cuts for the poor and the vulnerable in the new budget plan, wanted to know if Mulvaney considered his budget compassionate.

Mulvaney promptly set about defining “compassion” — in his own terms. We have too many people out there, he told reporters, “who don’t want to work.”

“We don’t have enough money,” he then added, “to take care of people who don’t need help.”

And getting folks off “those programs,” the budget chief insisted, would be an act of true compassion.

“That,” insisted the White House budget chief, “is how you can help people take charge of their own lives again.”

No, countered Massachusetts congressman Jim McGovern, that would be “a lousy and rotten thing to do to poor people.”

If the budget Mulvaney is now boosting — or something close to it — ever gains the congressional nod, adds Rep. Barbara Lee, people now at least somewhat secure will go hungry and homeless.

“I have never seen a budget,” notes Lee, a member of Congress since 1998, “so devoid of compassion and empathy for families struggling to make ends meet.”

American politics currently abounds with compassionless characters like Mick Mulvaney. And that shouldn’t surprise anyone. Contempt for the vulnerable always flourishes and festers whenever societies — like the United States over the past 40 years — become starkly more unequal.

But why? Let’s start — literally — at the beginning.

We all enter the world amid grand uncertainty about our prospects. For those born into wealthy families, this uncertainty ends fast. Great wealth ensures security. Those with it can confidently face the future with life’s basics more or less guaranteed.

These fortunates will never go hungry or homeless. They will never suffer indignity should they suddenly become incapacitated by illness or accident. They will never have to deny their children what they need to succeed. Their wealth will shield them from danger and open up doors to opportunity.

In more equal societies, by contrast, few of us will have enough personal wealth to secure our futures against whatever unexpected obstacles life may throw our way. Without these personal fortunes, we will naturally worry about what could happen to us and our loved ones should we be forced to face a long bout of unemployment. Or a crippling ailment. Or a steep bill for college tuition.

But these worries need not incapacitate us. We can still live securely, even without sizeable individual personal fortunes, if we can know we can count on help from others should times get difficult.

We will support, consequently, programs and initiatives that insure us this help. We will rally enthusiastically to proposals that guarantee us income when we lose our jobs, medical care when we lose our health, and old-age pensions when we lose the bounce in our step. In an equal society, the vast majority of us will spiritedly support all these initiatives because, simply put, someday we may need them.

In more unequal societies, this consensus on the importance of mutual support never develops. Significant numbers of people in these unequal societies have more than enough wealth to weather any illness. They can afford any tuition bill. Their investments will generate income long after old age has withered their individual earning power.

In other words, as economist James Galbraith has summed up, rampant inequality “weakens the willingness to share” and, even worse, concentrates the resources that could be shared in the “hands least inclined to be willing.”

These days, those “least inclined to be willing” don’t have anything to worry about. Mick Mulvaney has plenty of compassion for their fate.