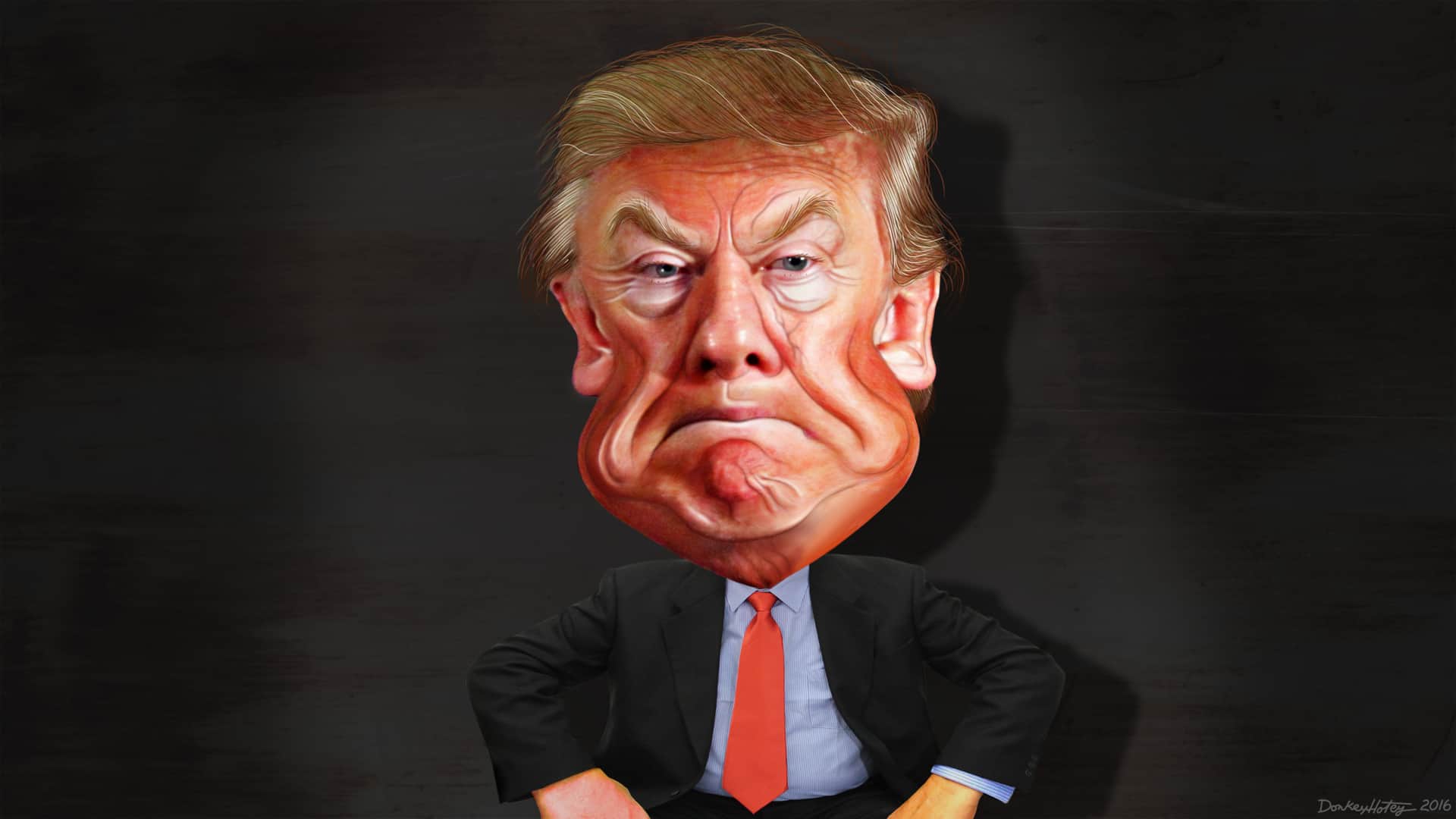 “Make me.” That’s how Donald Trump responded during the last debate when Hillary Clinton pointed out that he failed to use American steel to construct the Trump Hotel in Las Vegas.

Trump used Chinese steel. So he created jobs for Chinese workers. Not American steelworkers. He could have done the right thing. He could have inserted a clause in the contract requiring American-made steel. But he didn’t. Similarly, he could require that his dozens of signature Trump products from shirts to eyeglasses be made in America. But he does not.  The vast majority are manufactured overseas. Creating jobs in other countries.

Trump said during the debate that it was Clinton’s fault he didn’t use American steel. Like some sort of guardian, she should have passed a law forcing him to do the right thing, he said. With that, Trump described himself as a petulant brat, not a leader. A leader envisions what would be wise economically or morally for the nation, and takes that action to set an example, then urges others to follow. The president of the United States is the leader of the free world. For that person, leadership is an essential skill.

The back and forth between Trump and Clinton at the debate last week in Las Vegas went like this:

Hillary:  But he mentioned China. And, you know, one of the biggest problems we have with China is the illegal dumping of steel and aluminum into our markets. I have fought against that as a senator. I’ve stood up against it as secretary of state.

Donald has bought Chinese steel and aluminum. In fact, the Trump Hotel right here in Las Vegas was made with Chinese steel. So he goes around with crocodile tears about how terrible it is, but he has given jobs to Chinese steelworkers, not American steelworkers.

Trump: For 30 years, you’ve been in a position to help, and if you say that I use steel or I use something else, I — make it impossible for me to do that. I wouldn’t mind.

There it is, the “make me.” Trump said he wouldn’t mind if the government forced him to use American products. But he certainly wasn’t going to stick his billionaire neck out and exhibit the leadership that would be required to do it on his own and urge other builders and businessmen to follow his example.

For decades now, Americans have permitted plutocrats like Trump to get away with half-assed citizenship. Though they use every advantage of the American capitalist system, from its courts to its highways, to accrue their billions, too many exploit every loophole to avoid the taxes that pay for that system. Trump admitted paying no federal income tax at all.

At the same time, corporations like Wells Fargo compensate their executives with tens of millions while cheating customers and paying tellers so little that many rely on public assistance. Similarly, throughout six bankruptcies in Atlantic City, Donald Trump brought back to Manhattan millions for himself, while his workers in New Jersey lost millions in retirement savings and many unpaid contractors lost their businesses.

Corporations like Carrier have for the past three decades closed down American factories and moved them to places like Mexico and China, not because U.S. facilities were unprofitable, but because foreign workers, rivers and air could be more easily exploited for even higher profits.

Trump did the same.  He manufactured his signature products overseas, and he recently made a deal with a corrupt government-owned corporation in China to brand and manage a major development in Beijing, though a government investigation of the project has suspended construction. Trump could have “made great deals” that would have created jobs in the United States. But he chose China.

That philosophy, like the Carrier move from Indiana to Mexico, puts profits first, not America first. And maybe that’s marginally defensible by nationless capitalists. But it’s far from tolerable by an American political leader.

Despite that history of relegating America second to profit, Trump contends he will make America great again – as if America is not great now. And one way Trump repeatedly says he’s going do that is by trouncing his business partner China.

He vilifies China nearly every day. He calls it America’s enemy. In May, he said, “We can’t continue to allow China to rape our country,” referring to the trade deficit he helped create by manufacturing his products in China. He constantly berates China for “taking our jobs.”

He says he alone can solve these problems. These are important words to mill workers and factory workers and steelworkers who have lost jobs as industry moved overseas.

But leadership requires more than words. And when Donald Trump had the opportunity to forge a path for others to follow regarding China, he manufactured his signature suits, ties, mirrors, ceramic vases, wall decorations, kitchen items and lighting fixtures in China. His hotels’ shampoo, body wash, moisturizers, shower caps, laundry bags and bath towels are made in China. He got the steel for his Las Vegas hotel and the aluminum for his Chicago hotel, two of his three most recent American projects, from China. He planned a massive construction project with a Chinese state owned corporation before corruption stopped it.

Had Trump deliberately manufactured his signature products in America, had he built his hotels with American steel and aluminum, had he outfitted them with American-made toiletries, had he purposively chosen only to invest in new hotel projects in America, then he would have exemplified patriotic leadership. He would have demonstrated the kind of leadership that others could follow when he chose to become a politician.

And he would have exhibited the kind of leadership that would have given him credibility when he talked about China now.